A Death Sentence, For Your Own Protection

As these words are written, governors throughout America have issued orders (without resort to any statutes or legislation) shuttering thousands of businesses and terminating tens of millions of workers.  Some 70 million Americans are now imprisoned in their residences, needing government permission even to walk to a park.  The U.S. Justice Department is calling openly calling for indefinite detentions and a suspension of habeas corpus.

The United States is under the strictest level of martial law in history.  All borders are sealed.  Tanks and armored personnel carriers now roll through the streets of New York City, San Diego and other cities.

All of this is in response to COVID-19, the “Coronavirus,” a disease whose mortality statistics are almost certainly far below three percent for all who contract it.

The sheer folly and carnage of government overreaction to this threat will go down as unparalleled in American history.  Social science has established few correlations stronger than those linking high unemployment rates with higher rates of suicide, homicide, overdoses, alcoholism, and mental illness.  Studies have found that every 1 percent increase in unemployment likely increases violent crime by 14.3 per 100,000 residents, increases property crime by 1.8 percent and increases opioid death rates by 3.6 percent.  A 2015 study found that the unemployment associated with the economic crises of 2008 likely contributed to some 5,000 excess suicides in the following years. 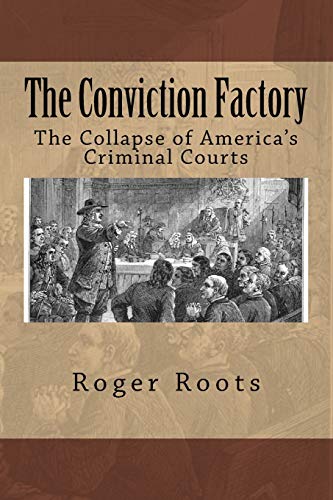 Yet now, in 2020, the world’s governments are mandating astronomical unemployment and social isolation—in the name of preventing deaths.  These government responses to COVID-19 will almost certainly kill far more people than the dreaded disease itself.

Perhaps saddest of all is that the U.S. government response has been something of a copy of draconian responses by the world’s most tyrannical dictators.

The COVID-19 outbreak is said to have started in the Wuhan Province of China, although this is contested in some circles.  The Chinese government’s reaction to Coronavirus was both Orwellian and totally ineffective.  Thousands died unnecessarily.

According to The Guardian, “China’s response to the outbreak included a month-long government cover-up in Wuhan . . .  that led to the rapid spread of the coronavirus.”  Chinese police punished and imprisoned doctors for “spreading rumours” about the virus.  The government denied for months that the virus was spread by human to human contact.  Officials suppressed reports of potential cases and turned people with symptoms away from hospitals.

When the Chinese government could no longer contain the “rumours,” it ordered the entire province of Wuhan locked down, in the middle of the night with an eight-hour gap before the order went into effect.  Thousands fled.

The government then ordered 50 million people quarantined.  It was the largest prison camp in history—a record that lasted only a month and a half before it was surpassed by regions of the United States.

When panic over the virus first hit American shores in January, officials at the FDA and CDC stymied private and academic development of diagnostic tests while pushing defective government tests.  The U.S. government stopped Seattle’s Dr. Helen Chu from testing for coronavirus because Chu’s lab “was not certified as a clinical laboratory under regulations established by the Centers for Medicare & Medicaid Services.”

Hundreds of Americans will likely die as a direct result of the CDC and FDA decrees in Seattle. It was not until March 17 that the FDA first gave emergency approval to any private company to distribute nongovernment COVID-19 tests to hospitals.  (The agency still prohibits distribution to private individuals.)

“Health officials” have always sought to monopolize testing within government (and government-certified hospital) ranks.  And these impulses have caused the deaths of untold thousands.  (AIDS and HIV ravaged the U.S. for three decades before the U.S. government finally permitted—in 2012—a private, at-home HIV test.  Prior to that, the stigma of that disease undoubtedly kept hundreds of thousands from getting tested at government-controlled clinics.  Thousands undoubtedly died as a result.)

The U.S. government has also banned production of nonapproved protective masks until manufacturers submit detailed applications to the CDC’s National Institute for Occupational Safety and Health (NIOSH).  (Meanwhile government inspectors are grounded from travel to inspect the manufacturing facilities.)

The U.S. government (and state governments within the U.S.) followed the Chinese model of COVID-19 response to the letter.  Just as in China, American officials (1) enforced regulations which stalled and obstructed all efforts by private, local or academic medical experts to test or report on the virus, and then (2) overreacted to public concerns by implementing Orwellian measures to illustrate the government’s supposed control.

Today, Americans are being told they may not gather in groups larger than ten.  Many large families are, in fact, in violation of such decrees.  Chicago’s mayor has ordered citations and arrests for those who go outside for exercise.  On March 26, L.A. Mayor Eric Garcetti announced that “nonessential” businesses which defy shutdown orders would have their water and utilities shut off.  (The designation of whether a business is essential or nonessential is known to change in seconds during press conferences or phone conversations.)

As I write these words, virtually every school, university, library, food court, gym and civic center has been closed by government decree (not laws, codes, or statutes, mind you).  And while politicians spoke in velvet tones about health and fresh air, they have shuttered every available national park and almost every campground.

As always, those within government, and prominent pro-government celebrities, are getting preferential treatment for testing and treatment.  And while governments are locking down millions of inhabitants, demanding government permission documents for all travel, and banning gatherings of more than a few people, these bans do not apply to government itself.  Cops and National Guard units now march through the streets by the score.

In Italy, the government is using Coronavirus as an excuse to build ever-more expansive facial-recognition and social media databases and surveillance systems.  The Italian government now scours over Facebook, Instagram and Twitter posts in search of curfew or quarantine violators.