No one is more dangerous than the suicidal.

This is it, the last gasp of the psychopaths who express their contempt and hatred for humanity by trying to rule it. Compulsion, not voluntary and natural cooperation. Power, pull, and politics, not incentives, competition, honest production, and value-for-value trade. From each according to his virtue to each according to his depravity.

As the totalitarian horror unfolds before our eyes, only the willfully blind will ignore it. Only those who refuse to think will fail to grasp its implications. Only the irretrievably corrupt will embrace it. 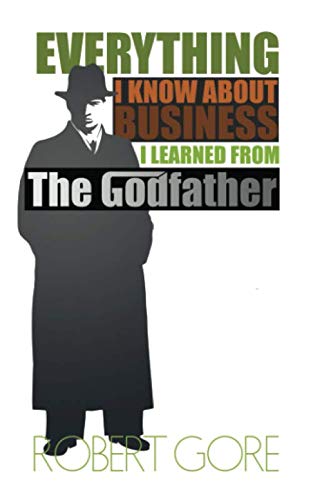 This shouldn’t come as a surprise. We were warned.

Now I will tell you the answer to my question. It is this. The Party seeks power entirely for its own sake. We are not interested in the good of others; we are interested solely in power. Not wealth or luxury or long life or happiness; only power, pure power. What pure power means you will understand presently. We are different from all the oligarchies of the past in that we know what we are doing. All the others, even those who resembled ourselves, were cowards and hypocrites. The German Nazis and Russian Communists came very close to us in their methods, but they never had the courage to recognize their own motives. They pretended, perhaps they even believed, that they had seized power unwillingly and for a limited time, and that just round the corner there lay a paradise where humans beings would be free and equal. We are not like that. We know that no one ever seizes power with the intention of relinquishing it. Power is not a means; it is an end. One does not establish a dictatorship in order to safeguard a revolution; one makes the revolution in order to establish the dictatorship. The object of persecution is persecution. The object of torture is torture. The object of power is power. Now do you begin to understand me?

The worship of power has reached its apex even as its temples have come crashing down. During the twentieth century, the most bloodthirsty governments in history inflicted unprecedented carnage, destruction, and death. Some of them now have the capability to destroy life on earth. It was clear to those who looked and thought about what they saw that the only outcome of destruction and death would be destruction and death, including the destruction and death of those who inflicted it. The temples started crashing in 1945 with the fall of Nazi Germany, Fascist Italy and Tojo’s Japan and they’ve been crashing ever since. In 1991 it was the Soviet Union and its puppet regimes in Eastern Europe.

Now destruction and death loom before what’s called the Western democracies, built on the myth that societies can serve two masters: violence and freedom. The forces of the former will always see seek to destroy the latter. That is what has happened and is now accelerating towards either total annihilation or a rejection of hate and violence and a rebirth of freedom and the human spirit.

There is a residual innocence, a remnant of human decency, that asks: why would they want to destroy us, don’t they know they’ll be destroying themselves? If we owe to George Orwell our recognition that they want power solely for power’s sake, we owe to Ayn Rand the answer to that question and the recognition of a much more subtle point, one from which most people instinctively recoil.

He was suddenly seeing the motive that had directed all the actions of his life. It was not his incommunicable soul or his love for others or his social duty or any of the fraudulent sounds by which he had maintained his self-esteem: it was the lust to destroy whatever was living, for the sake of whatever was not. It was the urge to defy reality by the destruction of every living value, for the sake of proving to himself that he could exist in defiance of reality and would never have to be bound by any solid, immutable facts. A moment ago, he had been able to feel that he hated Galt above all men, that the hatred was proof of Galt’s evil, which he need define no further, that he wanted Galt to be destroyed for the sake of his own survival. Now he knew that he had wanted Galt’s destruction at the price of his own destruction to follow, he knew that he had never wanted to survive, he knew that it was Galt’s greatness he had wanted to torture and destroy—he was seeing it as greatness by his own admission, greatness by the only standard that existed, whether anyone chose to admit it or not: the greatness of a man who was master of reality in a manner no other had equaled. In the moment when he, James Taggart, had found himself facing the ultimatum: to accept reality or die, it was death his emotions had chosen, death rather than surrender to that realm of which Galt was so radiant a son. In the person of Galt—he knew—he had sought the destruction of all existence.

Reflections on a Century of Junk Science The Current Coronavirus Pandemic Is Likely Caused By More Than One Pathogen, and There Is a Missing Antidote