China’s Coronavirus: A Shocking Update. Did The Virus Originate in the US?

Japan, China and Taiwan Reports on the Origin of the Virus

The Western media quickly took the stage and laid out the official narrative for the outbreak of the new coronavirus which appeared to have begun in China, claiming it to have originated with animals at a wet market in Wuhan.

In fact the origin was for a long time unknown but it appears likely now, according to Chinese and Japanese reports, that the virus originated elsewhere, from multiple locations, but began to spread widely only after being introduced to the market.

More to the point, it appears that the virus did not originate in China and, according to reports in Japanese and other media, may have originated in the US.

Chinese Researchers Conclude the Virus Originated Outside of China

After collecting samples of the genome in China, medical researchers first conclusively demonstrated that the virus did not originate at the seafood market but had multiple unidentified sources, after which it was exposed to the seafood market from where it spread everywhere. (1) (2) (3) 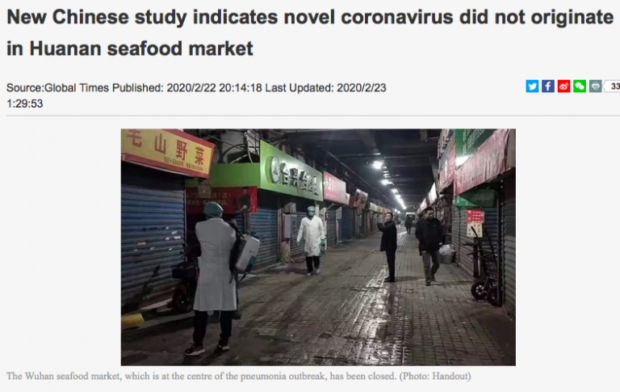 According to the Global Times:

A new study by Chinese researchers indicates the novel coronavirus may have begun human-to-human transmission in late November from a place other than the Huanan seafood market in Wuhan.

The study published on ChinaXiv, a Chinese open repository for scientific researchers, reveals the new coronavirus was introduced to the seafood market from another location(s), and then spread rapidly from the market due to the large number of close contacts. The findings were the result of analyses of the genome data, sources of infection, and the route of spread of variations of the novel coronavirus collected throughout China.

The study believes that patient(s) zero transmitted the virus to workers or sellers at the Huanan seafood market, the crowded market easily facilitating further transmission of the virus to buyers, which caused a wider spread in early December 2019. (Global Times, February 22, 2020, emphasis added (2) 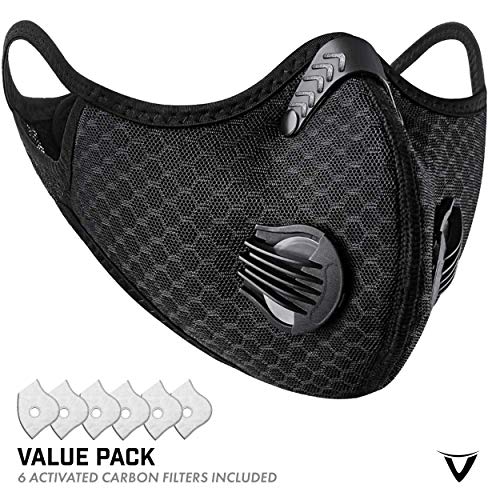 Chinese medical authorities – and “intelligence agencies” – then conducted a rapid and wide-ranging search for the origin of the virus, collecting nearly 100 samples of the genome from 12 different countries on 4 continents, identifying all the varieties and mutations. During this research, they determined the virus outbreak had begun much earlier, probably in November, shortly after the Wuhan Military Games.

They then came to the same independent conclusions as the Japanese researchers – that the virus did not begin in China but was introduced there from the outside.

“Though the COVID-19 was first discovered in China, it does not mean that it originated from China”

“But that is Chinese for “it originated someplace else, in another country”. (4)

This of course raises questions as to the actual location of origin. If the authorities pursued their analysis through 100 genome samples from 12 countries, they must have had a compelling reason to be searching for the original source outside China. This would explain why there was such difficulty in locating and identifying a ‘patient zero’.

Japan’s Media: The Coronavirus May Have Originated in the US

In February of 2020, the Japanese Asahi news report (print and TV) claimed the coronavirus originated in the US, not in China, and that some (or many) of the 14,000 American deaths attributed to influenza may have in fact have resulted from the coronavirus. (5) 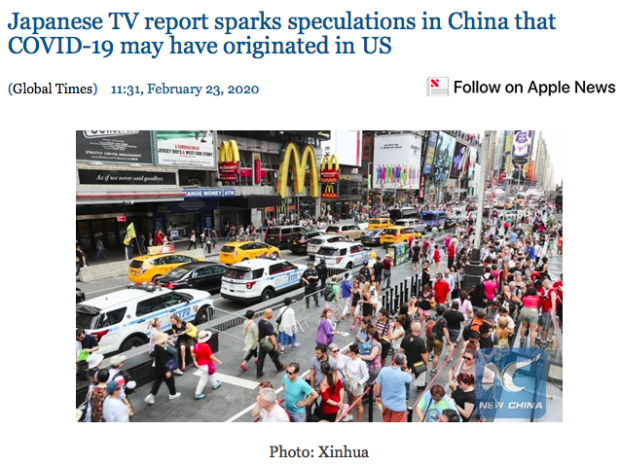 A report from a Japanese TV station disclosing a suspicion that some of those Americans may have unknowningly contracted the coronavirus has gone viral on Chinese social media, stoking fears and speculations in China that the novel coronavirus may have originated in the US.

The report, by TV Asahi Corporation of Japan, suggested that the US government may have failed to grasp how rampant the virus has gone on US soil.

However, it is unknown whether Americans who have already died of the influenza had contracted the coronavirus, as reported by TV Asahi. (People’s Daily, English, February 23, 2020, emphasis added)

On February 14, the US Centers for Disease Control and Prevention (CDC) said they will begin to test individuals with influenza-like-illness for the novel coronavirus at public health labs in Los Angeles, San Francisco, Seattle, Chicago, and New York City.

The TV Asahi network presented scientific documentation for their claims, raising the issue that no one would know the cause of death because the US either neglected to test or failed to release the results. Japan avoided the questions of natural vs. man-made and accidental vs. deliberate, simply stating that the virus outbreak may first have occurred in the US. The Western Internet appears to have been scrubbed of this information, but the Chinese media still reference it. 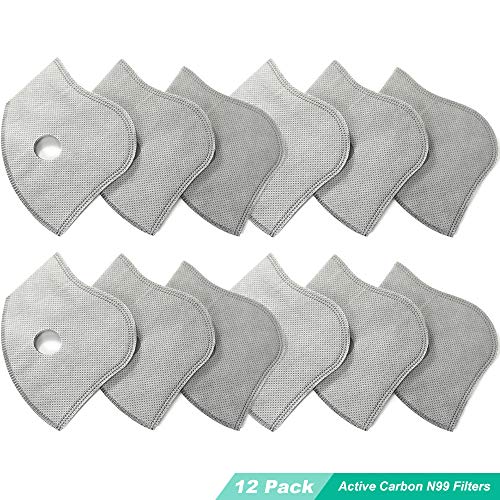 These claims stirred up a hornet’s nest not only in Japan but in China, immediately going viral on Chinese social media, especially since the Military World Games were held in Wuhan in October, and it had already been widely discussed that the virus could have been transmitted at that time – from a foreign source.

“Perhaps the US delegates brought the coronavirus to Wuhan, and some mutation occurred to the virus, making it more deadly and contagious, and causing a widespread outbreak this year.” (People’s Daily, February 23, 2020) (1)

Shen Yi, an international relations professor at Shanghai’s Fudan University, stated that global virologists “including the intelligence agencies” were tracking the origin of the virus. Also of interest, the Chinese government did not shut the door on this. The news report stated:

“Netizens are encouraged to actively partake in discussions, but preferably in a rational fashion.”

In China, that is meaningful. If the reports were rubbish, the government would clearly state that, and tell people to not spread false rumors.

Taiwan Virologist Suggests the Coronavirus Originated in the US

Then, Taiwan ran a TV news program on February,27,(click here to access video (Chinese), that presented diagrams and flow charts suggesting the coronavirus originated in the US. (6) 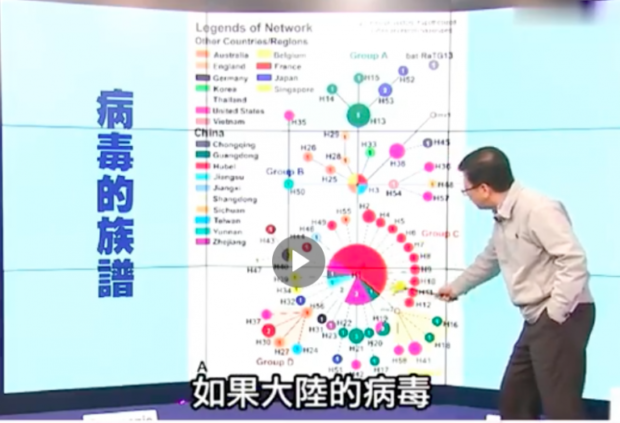 Below is a rough translation, summary and analysis of selected content of that newscast. (see map below)

The man in the video is a top virologist and pharmacologist who performed a long and detailed search for the source of the virus. He spends the first part of the video explaining the various haplotypes (varieties, if you will), and explains how they are related to each other, how one must have come before another, and how one type derived from another. He explains this is merely elementary science and nothing to do with geopolitical issues, describing how, just as with numbers in order, 3 must always follow 2. 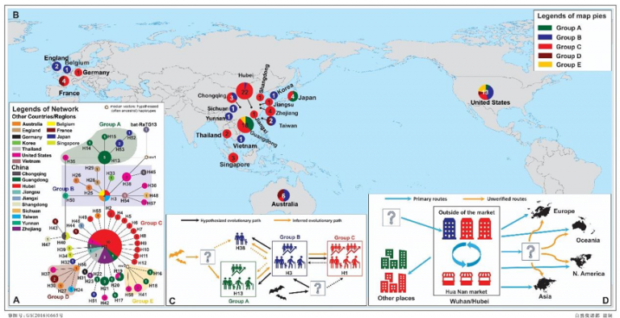 One of his main points is that the type infecting Taiwan exists only in Australia and the US and, since Taiwan was not infected by Australians, the infection in Taiwan could have come only from the US.

The basic logic is that the geographical location with the greatest diversity of virus strains must be the original source because a single strain cannot emerge from nothing. He demonstrated that only the US has all the five known strains of the virus (while Wuhan and most of China have only one, as do Taiwan and South Korea, Thailand and Vietnam, Singapore, and England, Belgium and Germany), constituting a thesis that the haplotypes in other nations may have originated in the US.

Korea and Taiwan have a different haplotype of the virus than China, perhaps more infective but much less deadly, which would account for a death rate only 1/3 that of China.

Neither Iran nor Italy were included in the above tests, but both countries have now deciphered the locally prevalent genome and have declared them of different varieties from those in China, which means they did not originate in China but were of necessity introduced from another source. It is worth noting that the variety in Italy has approximately the same fatality rate as that of China, three times as great as other nations, while the haplotype in Iran appears to be the deadliest with a fatality rate of between 10% and 25%. (7) (8) (9)

Due to the enormous amount of Western media coverage focused on China, much of the world believes the coronavirus spread to all other nations from China, but this now appears to have been proven wrong. With about 50 nations scattered throughout the world having identified at least one case at the time of writing, it would be very interesting to examine virus samples from each of those nations to determine their location of origin and the worldwide sources and patterns of spread. 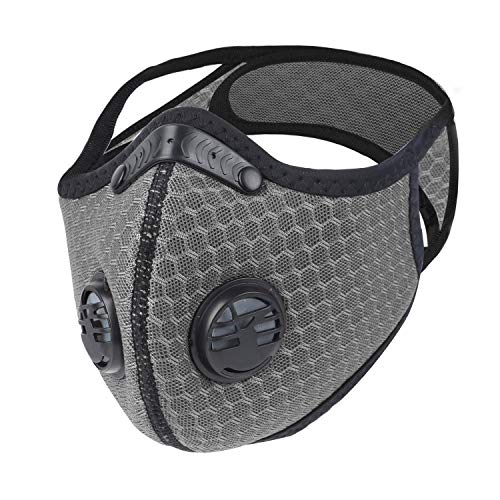 The Virologist further stated that the US has recently had more than 200 “pulmonary fibrosis” cases that resulted in death due to patients’ inability to breathe, but whose conditions and symptoms could not be explained by pulmonary fibrosis. He said he wrote articles informing the US health authorities to consider seriously those deaths as resulting from the coronavirus, but they responded by blaming the deaths on e-cigarettes, then silenced further discussion. …

The Taiwanese doctor then stated the virus outbreak began earlier than assumed, saying, “We must look to September of 2019”.

He stated the case in September of 2019 where some Japanese traveled to Hawaii and returned home infected, people who had never been to China. This was two months prior to the infections in China and just after the CDC suddenly and totally shut down the Fort Detrick bio-weapons lab claiming the facilities were insufficient to prevent loss of pathogens. (10) (11)

He said he personally investigated those cases very carefully (as did the Japanese virologists who came to the same conclusion).. This might indicate the coronavirus had already spread in the US but where the symptoms were being officially attributed to other diseases, and thus possibly masked.

The prominent Chinese news website Huanqiu related one case in the US where a woman’s relative was told by physicians he died of the flu, but where the death certificate listed the coronavirus as the cause of death. On February 26, ABC News affiliate KJCT8 News Network reported that a woman recently told the media that her sister died on from coronavirus infection. Montrose, Colorado resident Almeta Stone said, “They (the medical staff) kept us informed that it was the flu, and when I got the death certificate, there was a coronavirus in the cause of death.” (12)

We cannot ascertain the number of such cases in the US but since the CDC apparently has no reliable test kits and is conducting little or no testing for the virus, there may be others.

In the past two years (during the trade war) China has suffered several pandemics:

The standard adage is that bad luck happens in threes, not sixes.

(9) Coronavirus has Mutated, Iran attacked by a Different Strain from Wuhan

Why COVID-19 Is More Deadly to the ChineseRussia Just Told the World, ‘No’