The mistaken presumption that a person “catches a cold” from someone else, or a flu virus, or a coronavirus, is the basis for calling a quarantine.

The fallacy of person-to-person transmission is ingrained in the population as news reports of vacationers trapped in China during a coronavirus are flown back to the US and are found to have COVID-19 corona virus that may spread to their family members.  But COVID-19 is not spreading into the community.  Online maps showing the almost stagnant number of coronavirus-confirmed cases in each State are rapidly vanishing from view on the internet.

A couple of decades ago it was epidemiologist Edgar Hope Simpson who asked some questions about the incongruities between published dogma about the spread of flu viruses and current epidemics that caused him to ask these questions:

Dr. John Cannell cites an experiment conducted among six volunteers who were inoculated with a flu virus similar to the virus that caused the 1918 Spanish flu that reportedly killed millions. Of the six volunteers, just one experienced moderate symptoms; three had mild symptoms, one very mild, and one no illness at all.

In another similar experiment, 46 of 55 inoculated volunteers failed to develop symptoms.

A consistent fact is, immunization rates have risen in recent times among the elderly, without a decrease in mortality.

Hope-Simpson had an over-arching question: What is the seasonal stimulus for influenza?  If it comes and goes, where does it go when it doesn’t come?

The answer is that the humans are exposed to viruses throughout the year but they remain dormant when sunshine vitamin D blood levels are within a normal range.

Some viruses, like herpes, remain dormant within the body, hiding in an inactive state in nerve sheaths.

The type of herpes that caused chicken pox in youth remained hidden deep in nerves, only to erupt later in life as immunity declined.  You end up with a case of the shingles.  Or consumption of arginine-rich foods (chocolate, nuts) triggers eruption of herpes on the lip (herpes labialis), a so called cold sore.  The amino acid lysine (in high doses) is its countermeasure.  Supplemental vitamin D is of course, another antidote.

A problem 93-million miles away

Predictably, the coronavirus epidemic will worsen with quarantine, which is precisely what happened on a cruise boat off the coast of Japan and what happened in Italy.  People deprived of sunshine vitamin D, particularly the elderly, may succumb to any pathogenic bacterium or virus.

The aftermath of a quarantine on an ocean liner

After about a month of quarantine on the Diamond Princess the number of confirmed cases out of 3711 people quarantined on the boat  who became infected rose from 174 to 712 over a 1-month period of time (334 of the 712 had no symptoms).

Governments have a different play book

But governments have a different understanding.  The idea of social distancing is in vogue at the moment and its effectiveness appears to be complete but would never head off the onset of a viral epidemic when people are not aware of a need to maintain social distance.

It appears there is no foolproof way to halt the spread of infection.  The COVID-19 coronavirus was reported in circulation in the U.S. prior to the initial outbreak in Wuhan, China.  For every known case of coronavirus there are another 5 to 10 cases undetected.  But the masses in the U.S. aren’t getting sick or dying in large numbers.

It appears the federal government in an effort to prolong the life of less than ~1000 unhealthy 80 year-olds in the U.S. for a short while, particularly seniors who smoke tobacco and over-consume alcohol, they are willing to crash the economy, kill businesses, particularly churches and restaurants that are unlikely to have the resources to re-open their establishments, and coerce people to stay indoors, a practice that will further lower vitamin D levels and result in widespread infection and death among retirees. 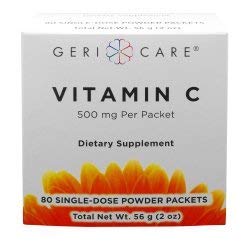 The cost per life saved appears to be in the range of $100-300 billion.  We are talking about 2-6 million people losing their income, at least for a significant period of time, to extend the lives of a few unhealthy people by maybe as little as a few months.

Pray for an early spring

Researchers note that COVID-19 coronavirus favors cool and dry climate and therefore, looking forward on the calendar to April and May, “a worst-case scenario of synchronous global pandemic is improbable. “

Yes, with the onset of Spring, the intensity of sun rays reaching the surface of the earth increases and the epidemic is expected to vanish.  Yes, the President of the United States was predictably correct in saying on February 27 that: “It’s going to disappear. One day — it’s like a miracle — it will disappear.”

Fortunately, someone figured out how to take sunshine vitamin D and bottle it.

Click on this link to see how a little bit (50 micrograms/2000 units) of vitamin D can quell viruses.

Adults ought to be taking 8000 units of vitamin D per day; 2000 units per day for young children.