It’s no secret that mainstream press coverage of gun ownership in the United States tends to be in favor of gun control – especially when those reporting on the topic are not firearm owners themselves. Journalists focus on how many people are killed by guns, how many children get their hands on improperly stored firearms, and how many deranged individuals go on shooting sprees.

This anti-gun news bias is widespread among the “urban elite” who have very little personal experience with guns and yet write for influential newspapers like The New York Times, Washington Post, etc. Despite this bias, law-abiding private citizens owning guns does have positive impacts on American society that often go unreported – many of which are significant.

Criminals and the Armed Citizen

Perhaps the most notable impact of gun ownership on American society is how it influences the behavior of criminals.

The fact is, criminals fear armed citizens more than they do the police. There’s many reasons for this, but here are the most prominent: 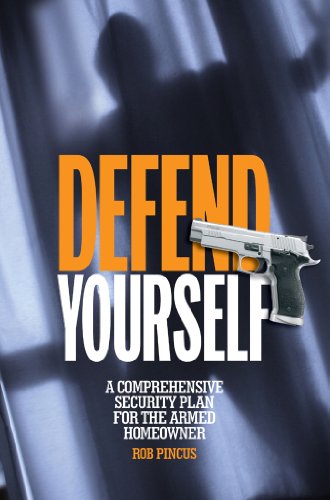 In a research study sponsored by the United States Department of Justice, James Wright and Peter Rossi interviewed over 1,800 incarcerated felons, asking how they felt about civilians and gun ownership. Thirty-three percent of these criminals admitted to being scared off, shot at, wounded, or captured by a gun-owning victim. Sixty-nine percent of them knew at least one other criminal who had similar experiences. Nearly 80 percent of felons also claimed that they intentionally avoid victims and homes that they believe may be armed.

This shows that at least one in three criminals has been deterred because of an armed citizen, and that four out five avoid victimizing people that have guns.

Advocates of civilian disarmament tend to scoff at the capabilities of everyday gun owners. Many believe that guns in the hands of normal people are crimes waiting to happen. However, thanks to the research of individuals such as John Lott, we now have evidence showing that gun owners are some of the most law-abiding segments of the American population.

Lott drew the example of concealed license holders when compared to law enforcement:

“Concealed-handgun permit holders are also much more law-abiding than the rest of the population. In fact, they are convicted at an even lower rate than police officers. According to a study in Police Quarterly, from 2005 to 2007, police committed 703 crimes annually on average. Of those, there were 113 firearms violations on average.

Not only are gun owners very law-abiding, they are also quite capable of defending themselves against criminals. Criminologists Dr. Gary Kleck and Dr. Marc Gertz carried out a study that found 2.2 to 2.5 million cases of defensive gun use (DGU). Around 1.5 to 1.9 million of these cases involved handguns. There is reason to believe that DGU numbers completely overshadow the criminal use cases of guns.

However, in today’s era of outrage politics, many incidents of DGU go under the radar because of their lack of shock appeal that does not make for good headlines.

A Sense of Security

Most people realize that law enforcement cannot be everywhere, yet so many rely on nothing but a 911 call to protect both their home and those inside it. For those who live in remote areas, it can take an hour or more for first responders to arrive after an emergency call, but in most cases, even five minutes is too long. But when a homeowner is armed and trained, the sense of security increases.

Thanks to modern psychology, we know that people need this sense of security in order to grow and develop into healthy adults. Not surprisingly, privately owned guns provide that. Sixty-three percent of Americans now believe that having a gun in the house increases safety. While some may dismiss the importance of feeling secure and safe, or claim that another person’s desire for safety makes them feel unsafe, it is by far the most basic of human needs. And without it, people are left feeling frightened, angry, and defensive – often unable to reach, or even focus on, higher goals.

Concerning public safety, the media often portrays guns as the primary problem – stating things like, “Guns kill people” or “Guns are not the answer.” But gun control and restrictions are also not the answer. Whenever a community, city, state, or country has imposed a ban on guns, regardless if it was all guns or simply handguns, it has experienced an increase in murder rates. In 1997, Wales and England saw a nearly 50 percent increase in homicides immediately after implementing a ban on handguns.

Gun control advocates promote the idea that more gun policies and regulations make Americans safer, but it’s naive to believe that any type of law will stop someone set on murder or other criminal activity. The individuals that engage in these types of criminal behaviors do not obey laws, and are therefore rarely impacted by policies and procedures. But these implemented gun control laws do impact the law-abiding citizens who are only trying to protect themselves and those they care about.

The fact is, widespread gun ownership does reduce crime. Here are some of the ways:

Every year, one million American home and business owners utilize a privately owned firearm to protect their property and lives. And when it comes to protection, resisting a crime with a gun is the safest route for victims. It’s associated with lower rates of both victim injury and crime completion than any other victim action.

American criminals are also less likely to burglarize an occupied home due to fear of the homeowner being armed. In England, where only around four percent of the general population legally own a handgun due to heavy restrictions, 59 percent of homes are occupied when the burglar breaks in, compared to approximately 28 percent in the U.S. Even if the homeowner did own a gun, he or she would have to unlock it from its safe, then unlock another safe where the ammunition is kept, then load the weapon before self defense would be possible. In 2009, 13 years after the country’s handgun ban began, its handgun crime levels had nearly doubled.

After personal and home protection, the biggest impact of gun ownership on American society is mass shootings. Since 1950, all but just over one percent of mass public shootings occurred in gun-free zones. That means perpetrators are likely to know they’re safe and could intentionally be choosing these places to act out their massacres.

Also, immediately after right to carry concealed laws are put in place, the amount of mass public shootings fall dramatically. Not only does their frequency fall, but because people have the ability to carry firearms, they therefore can stop the perpetrator – limiting the impact of violence and destruction. Within the last two decades, this has happened numerous times across the country, including at a middle school dance in Edinboro, Pennsylvania and the Trolley Square Mall in Salt Lake City, Utah.

What’s more, when police were interviewed regarding their position on gun control legislation, around 90 percent stated they believed that during an active shooter incident, having well-trained, armed citizens present would decrease the casualties. More than 28 percent agreed that more permissive carry concealed policies would be beneficial to the public, especially when it comes to large-scale public shootings. 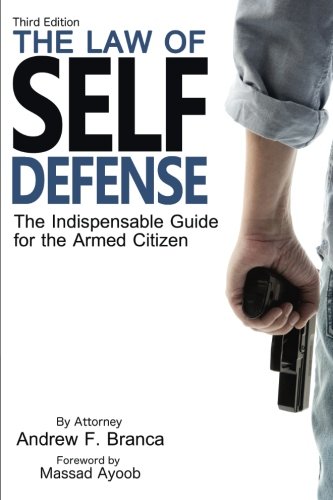 For the counter-argument that states an armed civilian is likely to increase the causalities of a mass shooter incident, there is a risk of this – just as there is an increased risk any time police are involved in a shoot-out. But remember, if there’s an armed shooter, things are already bad. And without interference, things are going to get worse. While the philosophy for protection during one of these situations is always run, hide, fight, if you’re fighting for your life, having a gun on your side is more beneficial than anything else.

Because criminals fear citizens with firearms, gun ownership does have a dampening effect on crime. Not only is it a deterrent, but every time an intruder is shot, injured, or captured by a civilian, he or she is less likely to commit another crime.

Consider this: In 1966, 2,500 women in Orlando, Florida, went through a specific, highly publicized handgun training. Without anything else happening, the prevalence of rapes fell substantially from almost 36 rapes per 100,000 women to four. Other crimes, such as home burglaries, also fell – demonstrating that the private ownership of guns does deter crimes.

In 2014, America saw a switch in how people thought about gun control. For the first time since gun control became an issue, more Americans believed that protecting gun rights was more important than controlling gun ownership, 52 to 46 percent.

That’s important because according to the U.S. Constitution, the right to bear arms is an inalienable right and an inherent part of the right to life. Once this right is violated by either another individual or the state, the ability to protect oneself from danger and even tyranny is impeded on. And when that happens, the ability of private citizens to protect the Constitution and the rights it enshrines for all Americans is threatened.

Having the ability to forcefully fight back against a tyrannical leader with guns – not just words – is what gave the colonists the ability to overthrow British control of the American colonies. Without guns, we would not have become the United States of America. The Founding Fathers understood this, and wanted to ensure that future generations of Americans could defend themselves against all threats both foreign and domestic.