Virginia is the new battleground of the Second Amendment. After the most recent election, the state’s House and Senate are both Democrat majorities and they haven’t wasted a moment in attempting to gut the gun laws in what has historically been a permissive state.

What are these new gun laws?

The so-called “assault weapon ban” is SB16 and has that perilously vague wording we all know to be incredibly dangerous. In some interpretations, this law, if it passes, could make illegal the ownership or transportation of any semi-automatic gun because extendable magazines are available for it – and you don’t even have to have the extendable mags.

The new Democratic majorities are expected to pass a variety of gun restrictions, including universal background checks, red flag laws that would allow authorities to take guns from people deemed dangerous and reinstatement of a one-handgun-a-month law…

…But the proposed ban on particular types of firearms — and the prospect of criminal charges for gun owners who didn’t give them up — seemed to stoke the strongest outrage in the 40-plus rural localities that have declared themselves Second Amendment sanctuaries within the past few weeks. Of the dozens of bills already filed for the session that begins in January, Saslaw’s assault weapon bill was the most-read, according to the state’s online legislative system. (source)

Since the above article was written, it should be noted that 2nd Amendment Sanctuary Counties are at 80 and counting. One sheriff has even vowed to deputize citizens should these unconstitutional laws pass.

After the public outcry, Governor Northam has said a provision will be added for current gun owners.

“In this case, the governor’s assault weapons ban will include a grandfather clause for individuals who already own assault weapons, with the requirement they register their weapons before the end of a designated grace period,” Northam spokeswoman Alena Yarmosky said in a statement Monday evening. (source)

Good try, but no cigar.

Gun owners aren’t going to take this lying down.

We’ve written before about Second Amendment sanctuaries popping up across the nation, and now Virginia is joining the fight. According to Gun Rights Watch, practically the entire state is saying NO.

Check out this map.

Watch this article which is being updated regularly with the sanctuary movement.

These counties have passed resolutions vowing not to enforce unconstitutional gun laws. USA Today’s report refers to them as “publicity stunts” and “political statements.”

Richard Schragger, a professor at the University of Virginia School of Law, who focuses on the intersection of the Constitution and local law, told USA Today:

Rather than challenging an existing statute, the resolutions are “mostly expressive and symbolic” declarations, he said.

“In Virginia, state law supersedes local law. Citizens and local officials have to comply with state law even if a county declares itself to be a Second Amendment sanctuary,” Schragger added. (source)

It seems they may be underestimating the force of thousands of clearly well-armed and outraged Virginians if they think it’s just a publicity stunt. I’m pretty sure that the Virginians I know mean business. 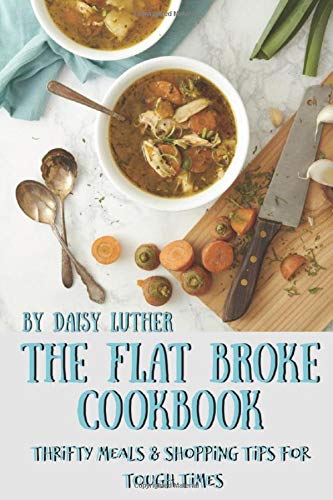 Now the state legislature is threatening the sanctuary counties and officials.

Virginia Attorney General Mark Herring says that the gun owners are “being ginned up by the gun lobby” and had a few words to say about the rebellion.

“The resolutions that are being passed are being ginned up by the gun lobby to try to scare people. What we’re talking about here are laws that will make our communities and our streets safer. We’re talking about universal background checks, finally, maybe, Virginia will pass universal background checks to make sure that people who are dangerous, who are criminals and who aren’t permitted to buy guns, won’t be able to buy guns,” said Herring. “So, when Virginia passes these gun safety laws that they will be followed, they will be enforced.” (source)

How exactly do they plan to enforce those laws?

One representative hopes that the law enforcement officers will just resign.

“I would hope they either resign in good conscience, because they cannot uphold the law which they are sworn to uphold, or they’re prosecuted for failure to fulfill their oath,” Democratic Virginia Rep. Gerry Connolly told the Washington Examiner of local county police who may refuse to enforce future gun control measures. “The law is the law. If that becomes the law, you don’t have a choice, not if you’re a sworn officer of the law.” (source)

Rep. Donald McEachin believes cutting off state funds would do the trick, and if that doesn’t work he has another suggestion that is far more drastic.

“And ultimately, I’m not the governor, but the governor may have to nationalize the National Guard to enforce the law,” he said. “That’s his call, because I don’t know how serious these counties are and how severe the violations of law will be. But that’s obviously an option he has.” (source)

Bringing in the National Guard to confiscate guns or override sanctuaries could only end one way: in bloodshed. Although, one must wonder whether the National Guard members would comply with the governor over their friends, families, and neighbors.

It’s going to get ugly fast. As serious as these legislators are about “getting guns off the street,” Virginians are equally serious about defending their right to bear arms.

It’s the ultimate game of chicken. It looks like we really have reached the point of “out of my cold, dead hands.”

Virginia gun owners, myself included, have no intention whatsoever of complying with this gun grab, and no conciliatory “you can keep them but you have to register them” gesture is going to suffice.

The only question remaining is, who’s ready to die on this hill?