By Bay Buchanan
The American Conservative

While the New York Times‘ Robin Pogrebin’s and Kate Kelly’s The Education of Brett Kavanaugh turned out to be a giant dud, it did expose Silicon Valley’s complicity in the false smears against the Supreme Court justice.

Reid Hoffman, co-founder of Microsoft’s LinkedIn, and Zynga founder Mark Pincus lent a private jet to Christine Blasey Ford to testify at Kavanaugh’s confirmation hearing last year. “We believed then, as we do now, that it’s important to take seriously accusations of violence against women,” Hoffman said.

Facebook COO Sheryl Sandberg helped find a lawyer for Ford and advised her on how to sell her story to the public. Any tech exec who appeared to differ from the accepted opinion was reprimanded. Facebook apologized for one of its execs, Joel Kaplan, after he attended the Kavanaugh hearing because it appeared that he was supporting the judicial nominee. The company hosted an internal town hall to quell employee anger over Kaplan’s attendance. 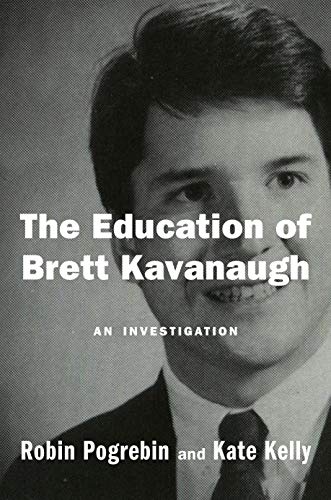 Big Tech exhibits serious hypocrisy on sexual misconduct, and there’s no better exemplar of this than Hoffman himself. He claims not to tolerate violence against women, yet he helped rehabilitate Jeffrey Epstein’s image.

Hoffman invited Epstein to fundraise for MIT Media Lab in 2015. That kind of elite support allowed Epstein to return to polite society and continue with his heinous crimes. The Microsoft exec also defended then-MIT Media Lab director Joi Ito, who took several donations from Epstein. Hoffman attacked reporters for investigating Ito and his ties to the pedophile.

Hoffman apologized for his Epstein association earlier this month, but his apology is too little too late. The damage is already done.

The Microsoft associate’s relationship with Epstein contrasts sharply with the image he has tried to cultivate.