It’s important to understand why Donald Trump, since he decided to run for president, gets demonized by mainstream media. The answer is simple, it’s because he is a disrupter. Many minds will have a hard time seeing this, and this is the power that mainstream media has had over the minds of the masses for years. It’s not hard for them to program a perception about an event or a person into the mind of the average human being. They have a very powerful ability to do so, and these programs stem from mainstream media’s relationships with intelligence agencies like the CIA. It’s simply a tool used to brainwash the masses.

The coordinated efforts among major news outlets including CNN, NYT, WaPo, HuffPo, and USA Today are no different from the concerted media attacks against Brazil’s Dilma Rousseff, which resulted earlier in 2016 in her impeachment and removal from power. In the case of Rousseff, we see what has been alternately described as a soft coup or a Wall Street coup, along the lines of the “color revolutions” that occurred a few years earlier (which are now largely understood as CIA-NGO orchestrated). In both cases, pretexts were created and hammered home by an insistent media that whipped up public opinion. In Brazil, it worked. It seemed like it would work in the US.

As for Donald Trump, his presidency in many ways falls against the two key pillars of the American ruling elite’s ideology: neoliberalism and neoconservatism. And this is why we constantly see him being demonized, and efforts to impeach him are abundant. It’s also why the ‘Russian collusion’ narrative existed, something that many should have been able to recognize as being completely fake.

There has clearly been an ongoing deep state attack on Trump. Whether or not you hate Trump, far beyond the point, what is being exposed here is far bigger than that.

Welcome to America, where fake news is pushed as real, and real news is heavily censored and ridiculed.

Not long ago, Noam Chomsky offered his thoughts and made some very good points on this. Chomsky is known as a deep critical thinker, a linguist, philosopher, cognitive scientist, historian, social critic, and political activist, among other things. I’m a longtime fan, and much of the work he’s put out deeply resonates with me, but at the same time, much of it does not.

He is usually spot on for the most part, in my opinion,  when it comes to his analysis of modern day politics. He recently shared his thoughts on this entire Russian collusion debacle.

He explained in an interview with Democracy Now that the media’s focus on Russian collusion with regards to the 2016 US election was a “joke.”

He did not confirm or deny his belief on whether or not it even happened, but rather explained:

First of all, if you’re interested in foreign interference in our elections, whatever the Russians may have done barely counts or weighs in the balance as compared with what another state does, openly, brazenly and with enormous support.

Israeli intervention in US elections vastly overwhelms anything the Russians may have done, I mean, even to the point where the prime minister of Israel, Netanyahu, goes directly to Congress, without even informing the president, and speaks to Congress, with overwhelming applause, to try to undermine the president’s policies – what happened with Obama and Netanyahu in 2015.

It’s a great point. Three-time presidential candidate and former member of the U.S. House of Representatives, Dr. Ron Paul, has been outspoken about the US meddling in the elections of other countries. He noted that in an ideal world, the US wouldn’t be concerned about other countries trying to interfere with their elections, and that the reason it’s not happening is because the US government is steeped in hypocrisy, doing the exact same thing they are accusing Russia of doing.

“The American people should be worried about the influence of our CIA in other people’s elections, I mean probably hundreds. It’s constant,” he said, even mentioning “domestic assassinations” the CIA has apparently been a part of.

Paul stirred the pot further by revealing that a “shadow government,” in the words of RT, has teamed up with major media in order to push an anti-Russian narrative on the public to instil fear and hatred and ultimately rile up more arguments between the opposing Republican and Democratic parties.

There Are More Important Issues

The point of presenting the interview with Chomsky and the points he makes is that there are more pressing issues. The supposed Russian hacking in the US election is not really important, it’s simply being used for political purposes and assassinations.

Modern day politics is extremely corrupt, and here at CE we’ve been presenting evidence for years that many of our political ‘leaders’ are actively engaged and involved in some very unethical and immoral behaviour. That shouldn’t really come as a surprise if you take a look at what is happening to our planet–it’s truly the result of psychopathic leaders that we, the people, allow to control all our resources and make decisions for us.

Furthermore, the interview also sheds light on interference in our electoral process that never gets any media attention. So, ask yourself, why?

Who Is Really In Charge? Do We Really Live In A Democracy?

One of many popular quotes we use here at Collective Evolution to shed light onto the world of modern day politics comes from New York City mayor, John F. Hylan, who once said, “like a giant octopus sprawls its slimy legs over our cities, states and nation.” This “little coterie of powerful international bankers virtually run the United States government for their own selfish purposes. They practically control both parties … [and] control the majority of the newspapers and magazines in this country.“

This begs the question, do we really live under a system of democratic vote? Do the people truly have a voice? It seems that corporations and other higher powers have complete control over political policy, and the will of the people is never really considered. For the most part, especially in the United States, elections come down to two people who don’t really have the best interests of the people or humanity at heart. Despite this fact, we keep voting, something that gives us the illusion that we are living in a democracy. Voting does absolutely nothing for change, and yet many Americans still give it grave importance. It seems that both democrats and republicans have simply been representing two different wings from the same bird for a long time.

This is the way the system works, it’s a rotten system, and I see elections as so much of a charade. So much deceit goes on… whether it’s a Republican or a Democrat president, the people who want to keep the status quo seem to have their finger in the pot and can control things. They just get so nervous so, if they have an independent thinker out there, whether it’s Sanders, or Trump, or Ron Paul, they’re going to be very desperate to try to change things… More people are discovering that the system is all rigged, and that voting is just pacification for the voters and it really doesn’t count.”  – Dr Ron Paul 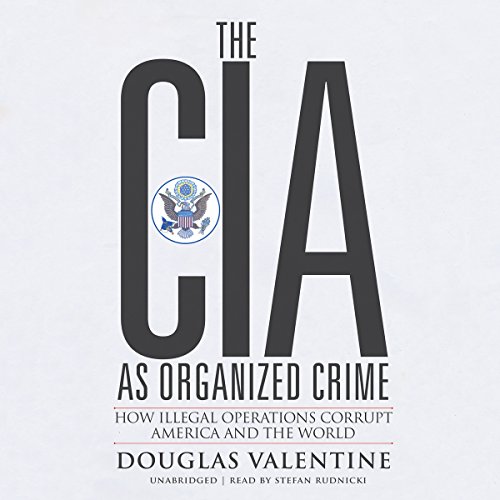 Political parties exist to secure responsible government and to execute the will of the people. From these great staffs, both of the old parties have ganged aside. Instead of instruments to promote the general welfare they have become the tools of corrupt interests which use them in martialling [sic] to serve their selfish purposes. Behind the ostensible government sits enthroned an invisible government owing no allegiance and acknowledging no responsibility to the people. To destroy this invisible government, to befoul the unholy alliance between corrupt business and corrupt politics is the first task of the statesmanship of the day. (source)

The point is, politics is not what we think it is. Not all that is presented to us is as it seems, and this is far from a conspiracy theory. We cannot keep going through the same process every four years believing that a difference will be made via the modern day political system.

Something needs to change because the human race has so much potential and we are squandering it.

At the end of the day, politics has clearly been exposed as a game where one group tried to slander another for their own purposes. Rarely are decisions made with the intention of benefiting the people or the planet.  Politics is not about the will of the people, but rather a means to bamboozle the population into thinking a certain way while benefiting a small group of the financial elite. It’s become completely useless, and participation in it should be discouraged.

The Genesis and Evolution of the Jeffrey Epstein-Bill Clinton RelationshipDanger! Humans Are Creating Their Own Narratives