Nobody Told Me And They Didn’t Tell You Either

As a health journalist and consumer advocate I try to challenge consumers to take care of their own health, not fall for the trappings of modern medicine, and as much of a godsend as they are, not to fall for the many exaggerations and false promises made by makers of dietary supplements either.

So, today’s health question is: what does a guy do when his prostate gland starts acting up?

Most men only like to talk about four things….. sports, cars, girls, money… But as they age another unwelcome topic enters the discussion – – – prostate problems.  The problem started much earlier in life, but nobody told me, or you, so we could head it off.

I never heard from a doctor that my prostate gland was inevitably going to harden enough to impinge on my urethra at the bottom neck of my bladder and make it difficult for me to urinate.   And at night, as the prostate gland hardens, it makes men feel like their bladder is full when it isn’t.  So, we continually get out of bed to take a pee.  But our doctors just let it all happen so it comes without warning.   In the back of many men’s minds they ask: “Is this never going to go away?”  “Oh, THIS is what they mean by old age?”  Hey, but I’m only 49! (I’m actually 74). 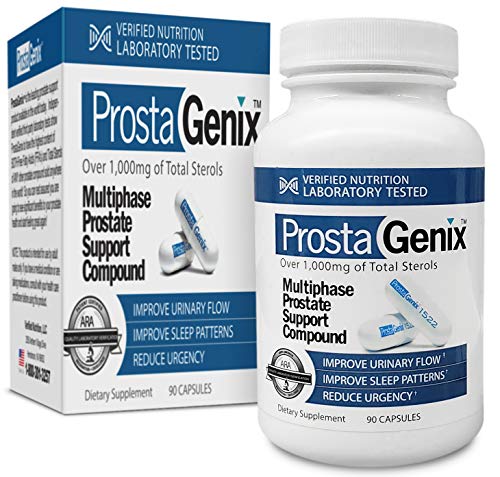 Little do they know, there are abnormal cells in most men’s prostate gland by age 30.  As soon as these men have to keep getting up at night as their bladder feels full, and they begin to lose sleep, and that results in loss of memory, immunity and vigor, then and only then maybe it’s time to visit the doctor.

If you aren’t going to rely on your doctor, then where do you look?

Some men might begin to investigate alternatives on their own.  Or they can totally rely on their doctor who has only one answer – – invasive treatment (surgery or radiation).  Surgical consent forms don’t offer alternatives for men who only have prostatic enlargement and no cancer.  Now if a man can’t urinate at all, that’s another thing.  But surgical side effects, impotency, dribbling urine without control, should make a surgical option a last resort.  So short of surgery, what exists?

Here comes the rectal exam and the biopsy

Doctor’s usually start their exam by performing a gloved finger exam of your prostate gland via your rectum.  But this has been roundly dismissed as inaccurate and a fishing expedition to start the ball rolling toward a biopsy – microscopic examination of your prostate tissue.

The pathologist might return a report to your urologist stating you have “high-grade neoplasia” (abnormal cells).  But that only correlates with a marginal increase in the risk for prostate cancer.  Most of the time– you can read a bulletin from the American Cancer Society about it —  precancerous changes in your prostate cancer do not warrant surgery.

A survey of urologists reveals most (70-80%) believe surveillance is the most effective alternative for men with low-risk changes in their prostate gland and agree that surveillance is underused.  But they also say their patients aren’t interested in surveillance, they want treatment.  Really?  So, what urologists believe doesn’t get translated into their daily practice.

What happens when cancer is mentioned?

It’s shocking to learn about the same percentage of men who opt for surveillance succumb to prostate cancer as those who undergo surgical removal of their prostate.  Net sum game = zero.

But the symptoms of prostatic enlargement that brought men to visit a urologist are still not being addressed. 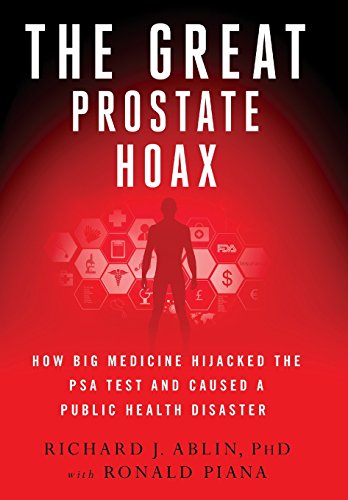 Oh, most men just elect to endure prostate enlargement with accompanying symptoms, but if the doctor can say they have cancer too, most men want it out, now!  But those cells in your prostate gland looked cancerous decades ago.  The pathologist describes these abnormal cells as hyperplasia or neoplasia – precancerous.  But you heard the word cancer.   The doctor has to peel you off the ceiling of the exam room.

Do urologists take their own medicine?

So, let’s ask the question again, is there any alternative?

If you ask the doctor, he hasn’t done any unbiased study of prostate remedies that promise to shrink the prostate.  And he doesn’t know of any either.  (Maybe doctors don’t want to know.  But the urologist has a prostate gland too!  I wonder whether urologists secretly take their own medicine and have their prostate glands cut out?  My guess is no).

There is no exception to this.  Every man is going to have this problem regardless.  It is part of aging.  It comes with the territory when living long.   I can jokingly hear actor Clint Eastwood, now in his late 80s, standing at the urinal saying to his prostate gland, “Go ahead, make my day,” a popular catch phrase from the 1971 movie Dirty Harry.  I don’t care how much of a tough guy you are, or how healthy you may be, your prostate gland is going to ruin your day.

Naturel remedies abound, but which ones?

There are lot of natural molecules that are good for the prostate gland….. zinc, vitamin D, polyphenols like those found in grapes and wine, to name a few.  While the key ingredient that solves this male problem is on the label of most prostate dietary supplements, it is mostly just window dressing.  It’s saw palmetto berry.  But that herbal in its natural form has just a few milligrams of the key ingredient that shrinks the prostate.  It has to be extracted and provided in concentrated form.

Men may read on the SUPPLEMENT FACTS panel that saw palmetto berry provides beta sitosterol, the key ingredient that shrinks the prostate. 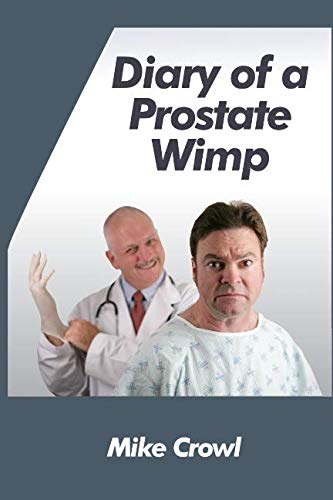 I believe in private enterprise.  I believe in a free market where competition reigns.  But just how do you find an unbiased source so you can evaluate one prostate formula from another in this modern confusing world?

I believe answers for our health are out there, but are they truthful, accurate and is the remedy for prostate trouble affordable?  I usually break a health story like this on my own.  But I found somebody beat me to the punch.  They not only did a great job in formulating the most advanced prostate formula, they boldly tested it against other brands.

Hey, they pinned the award as “World’s #1 Prostate Supplement” on themselves for good reason.  “They” is Verified Nutrition LLC that markets PROSTAGENIX.  You can check it all out for yourself online.  Just so you know, I don’t make a dime for saying so.

Now fellas, you can go back to talking about cars, sports, girls and money.