and is presented here in honor of Crockett’s birthday, August 17.

The modern actor Billy Bob Thornton once said David Crockett in the film The Alamo was his favorite role. John Wayne played him, too. Every boy who grew up before the 1970s wanted to be Crockett. He was the “king of the wild frontier,” the man who wrestled bears and jumped rivers, the man with the sharpshooter’s eye who tamed the wilderness. He was larger than life; as one historian wrote, “His life is a veritable romance, with the additional charm of unquestionable truth. It opens to the reader scenes in the lives of the lowly, and a state of semi-civilization, of which but few of them can have the faintest idea.” Crockett was so popular because he was one of us, a common man without advantages who achieved great things on his own merit. He was the quintessential American.

Crockett was born in 1786 in Hawkins County, Tennessee. His father’s family had emigrated from Ireland and settled in the expansive and untamed wilderness in the mid-eighteenth century. Their “cabin” was little more than four walls made of small logs, a bark-covered roof, and a dirt floor. They could hunt, and like many Scots and Irish who settled on the frontier, they eked out a life of subsistence–until they eventually fell under the knife of a marauding Indian tribe. Life on the frontier was not for the weak. 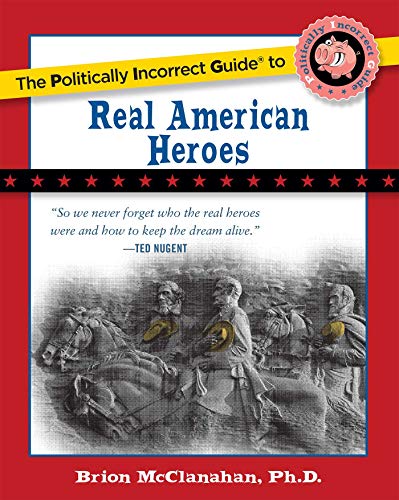 Crockett’s father, John Crockett, avoided the massacre because he had been hired out as a day laborer in Pennsylvania. John Crockett had served in the American War for Independence and taken part in the Battle of King’s Mountain in North Carolina. After the war was over, he married a woman from northern Maryland and settled for a time in western North Carolina. Neither had an education, and like their predecessors, they struggled to survive on the fringes of civilization. After three years, they pulled up stakes and moved to Tennessee. This was a common occurrence for the Crocketts. They seemed to move every few years, always looking for more land and a better life, free of the confines of civilization. John Crockett owned a tavern, a mill, and on several occasions tracts of land as large as 400 acres, but he was never wealthy. The family farmed and hunted but had little in the way of creature comforts. Their log cabins were simple, usually one room, with home-made furniture from local wood and animal skins, but this was the way of life on the frontier, the only life David Crockett knew.

Until he was a teenager, David Crockett never had an education. His parents were illiterate, and Crockett himself said that he didn’t see a use in books. A book could not provide food or shelter. Living was hard, and simple tasks that modern Americans take for granted, such as acquiring food, required strenuous effort. Those who lived on the frontier were a hearty, independent stock. Dangers from wildlife, hostile Indian tribes, and poor weather made the immediate more important than the future; the faster a young man could contribute to the struggle to survive, the more valuable he was to the family. David Crockett became an excellent shot because he needed the skill to survive. Marksmanship meant you could eat.

David Crockett had a difficult childhood. His parents showed him little love or tenderness. When and when he was twelve, Crockett was sent on a 400-mile cattle drive with a Dutch stranger, on foot. He had to find his own way home, traversing the unforgiving countryside often in the snow, Crockett finally made it back to his father’s tavern. He did not receive a warm welcome. After he skipped school for several days, his father threatened to beat him severely, and Crockett again left home, this time on his own accord. In a journey similar to the one he had just undertaken, Crockett made it to Baltimore, Maryland. He was only thirteen.

Crockett spent two years away from home, and after returning was forced to go to work to settle several family debts. According to the law at the time, boys were required to work for their parents and help support the family until twenty-one. Crockett did so, but at sixteen his father graciously released him from his obligations. He was already an independent man, having lived in the wilderness for three years working to provide his own subsistence. His trials as a young teenager had made Crockett a student of human nature. Though he didn’t have a lot of book knowledge, he had a quick wit and plenty of street smarts—or, more accurately in his case, wild frontier smarts.. Crockett was also able to use his skill as a marksman to acquire needed money in “shooting matches.” But he had no property, save a poor horse and had to depend on others for work. This lack of assets presented a problem for a young man looking for love.

The War on China No Deal Brexit: What Will Actually Happen