The Pentagon’s New Nuclear Doctrine is Scary as Hell

The Pentagon is actively contemplating the use of nuclear weapons to win wars that need not be fought in the first place. As expected, opposition to the US nuclear doctrine is almost non-existent in the mainstream media.

It used to be the case that the idea of using nuclear weapons in a real-world conflict was such a taboo idea that no one was ever openly to contemplate it. We need only look back to the end of World War II to realize how catastrophic and harmful nuclear weapons can be on civilian populations; yet we shouldn’t have had the blueprint of Nagasaki and Hiroshima to know that the use of nuclear weapons would be a frightening and criminal act. They are deadly and unnecessary, end of story. You can all save me the cliched response “But they ended a war.”

Firstly, the use of nuclear weapons didn’t end a war – it started one (the Cold War). Secondly, anyone who knows even a little bit of history knows that Japan was on the verge of defeat. But don’t take my word for it – I wasn’t there. But those who were typically made statements to the effect that “[t]he use of [the atomic bombs] at Hiroshima and Nagasaki was of no material assistance in our war against Japan. The Japanese were already defeated and ready to surrender.” But I digress.

The United States military has decided that the only chance it has of maintaining a stranglehold over its empire is to actively contemplate the scenarios and situations in which it should deploy the use of nuclear weapons.

According to the Pentagon’s June Nuclear Operations or Joint Publication 3-72 (which was unsurprisingly made private not long after its release), the US believes that “developing nuclear contingency plans sends an important signal to adversaries and enemies that the US has the capability and willingness to employ nuclear weapons to defend itself and its allies and partners”.

“Nuclear weapon capabilities constitute a vital element of national defense,” the document states. “Nuclear operations are those activities within the range of military operations, to include deterrence, crisis response, strike assessment and return to stability.”

The Pentagon apparently believes that it is “necessary” and “prudent” to “preplan nuclear employment options for contingencies prior to a crisis,” which includes “a means to assess the anticipated effectiveness of options prior to execution,” as well as a “means to assess the nature and extent of unintended consequences.”

Having executed an option, the US military is unlikely to stop there. According to the document, “planning and operations must not assume use in isolation but must plan for strike integration into the overall scheme of fires.” The document also states that “there may be a requirement to strike additional (follow on and/or emerging) targets in support of war termination or other strategic objectives.” Commanders must “maintain the capability to rapidly identify and strike previously unidentified or newly emerging targets.”

Forget the Iran nuclear deal. Where is the US nuclear deal? Where is the Joint Comprehensive Plan of Action to stop global annihilation by nuclear holocaust by a former reality TV star billionaire (the JCPOATSGABNHBAFRTSB)?

“The spectrum of nuclear warfare may range from tactical application,” the document eerily confirms, “to limited regional use, to global employment by friendly forces and/or enemies.”

As the Military Times was astute to note, the new doctrine reflects a world in which the US military is losing its “technological edge” over “other near-peer military rivals.” Just to give you a hint, the list of near-peer military rivals does not include Iran. It includes two nuclear giants in particular who are beginning to put the US military on the backfoot to the extent that the Pentagon has no choice but to release documents which call the employment of nuclear weapons “essential” to mission success.

The urge to deploy the use of nuclear weapons only makes sense if you live in a world in which you must always be prepared to win a war against every potential adversary. Americans amongst you reading this may be thinking: “Yeah, so what?” But take it from the rest of us who don’t wake up every morning swearing allegiance to a flag that to many others represents death and destruction, that winning wars tends to be less of a focus when compared to other issues such as healthcare, housing, climate change, and the list goes on.

Perhaps if the US gave up on the idea that it needs to fight wars in order to predicate its survival in the first place, it wouldn’t need to contemplate such a catastrophic doctrine.

Prosecuting wars on this basis also assumes that these wars are unavoidable and must be fought. In hindsight, did the wars in Vietnam, Libya, Iraq, Yemen, and co., really need to be fought? Will the wars the US cooks up in the next few decades similarly and inescapably need to be fought? (Not to mention that, if we are being honest, the US military has barely won a war since World War II anyway.)

Prior to the fall of the Berlin Wall, every US artillery unit in Europe was nuclear-ready. Post-1991, this had supposedly all changed. However, a recently released (and then amended) document published by a NATO affiliated body has finally admitted what we all suspected anyway: that American nukes are being stored in Belgium, Germany, Italy, the Netherlands and Turkey (approximately 150 in total).

Just to summarize: the US is the only nation to deploy nuclear weapons during battle. The Trump administration suspended its obligations under the Intermediate-Range Nuclear Forces (INF) Treaty in February this year, and is releasing documents left, right and center which suggest they are actively considering using nuclear weapons again. 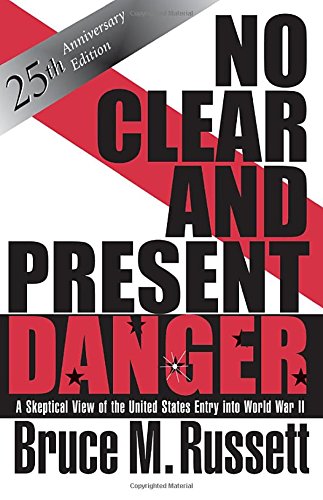 And yet as I type this, the top news item on the BBC is an article entitled “Time running out for missile treaty – Nato head,” the focus of which is NATO chief Jens Stoltenberg calling on Russia to comply with the INF Treaty before the upcoming August deadline.

Somehow, the use of nuclear weapons is only scary or worthy of discussion if that discussion involves countries such as Russia and China. Just take the bombshell admission that the US stores nuclear weapons in Turkey as an example. The US is saying it will remove Ankara from its F-35 fighter jet program – but only because Turkey has purchased the advanced S-400 missile defense system from Moscow. The US barely blinked as a failed coup in 2016 could have put advanced nuclear weapons in some very unsavory hands.

Whoever pulls the trigger on this nuclear holocaust will ultimately bear the blame for what’s to come, but in my estimation, history (what’s remaining of it anyway) will recall the recklessness of the Trump administration and those administrations that served the American empire before it.