Are You Prepared? 2019 Hurricane Forecast Predicts as Many as 14 Storms This Year!

According to the 2019 Hurricane Forecast, as many as 14 tropical storms are predicted this year.  It could be a destructive hurricane season and based on the forecast, two to four of the projected storms are expected to turn into serious large-scale hurricanes. If you live in a hurricane danger zone, the real question is: are you prepared?

Hurricane season kicked off on June 1, but if last year is any indication, we could be in for another rough ride. The season lasts until November 30, so you still have some time to make sure you’ve got your home prepared. In order to get an accurate prediction, forecasters have been pulling data from past years that show similar weather patterns (AKA analog years). This year, for example, resembles 1969 weather-wise, during which the Category 5 Hurricane Camille wreaked havoc on the Gulf coastline.

Time to Get Ready 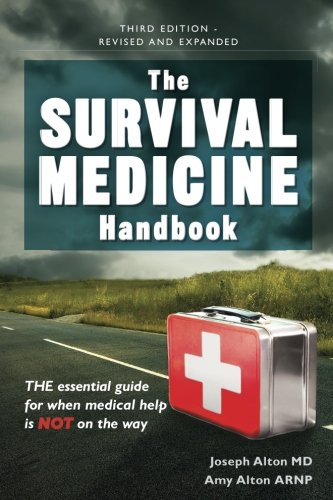 2018 saw its fair share of severe weather. Last year, there were 15 storms and eight hurricanes including Hurricane Michael and Hurricane Florence. According to AccuWeatherforecasters, 2019 will pan out to be a “near- to slightly above-normal season,” with the potential for 12-14 tropical storms. Their preliminary report adds that, of those 14, five to seven storms could have hurricane potential, and an additional two to four could develop into major hurricanes (Category 3, 4, or 5).

After an active Atlantic hurricane season in 2018, AccuWeather forecasters are predicting 2019 to result in a near- to slightly above-normal season with 12 to 14 storms: https://t.co/dqzA0H6w26 pic.twitter.com/g4s52UCWQ0

The National Oceanic and Atmospheric Administration (NOAA) explains that an average hurricane season sees 12 storms, six hurricanes, and three major hurricanes. “This year, at least the climate pattern has the capability to produce several very strong storms and so people should not let their guard down,” explained AccuWeather Atlantic Hurricane Expert Dan Kottlowski. He added that “just about all coastal areas look like they have equal chances” in the upcoming season.

If you live in a place warranting hurricane preparations, now is the time to get prepared. Even if this season is less severe than forecasters originally predicted, it won’t hurt to be prepared for the worst while hoping for the best. We’ve put together a quick and easy guide to help you get prepped.

Having preparedness resources printed out in a binder will help you stay organized and on track as far as getting your supplies together. Further, you can use these print outs if you find yourself in an off-grid scenario when turning on the computer or turning to the iPad won’t get you very far. One such resource was written by Ready Nutrition’s Tess Pennington, The Prepper’s Blueprint.

“I believe that to fully insulate yourself from a disaster of any kind, you need to have a layered effect with your supplies. This will create a well-rounded approach and ensure that you are prepared for the smallest disasters to the most severe circumstances.

This 458-page resource starts your preparedness efforts from the beginning two-week disaster and takes you through, step-by-step, to more longer-term disasters. Packed with expert advice, supply lists, skills building techniques, and supplemental resources, this book is the most comprehensive preparedness resource available.”

Penninton goes on and says, “If we have learned one thing studying the history of disasters it is this: those who are prepared have a better chance at survival than those who are not. A crisis rarely stops with a triggering event. The aftermath can spiral, having the capacity to cripple our normal ways of life. –The Prepper’s Blueprint

How To Prepare Your Home for an EarthquakePusillanimous Powell