A number of food tests reveal contamination is a significant problem, and while authorities insist levels are unlikely to do any harm, they’re talking about contaminants found in any one given food — not the levels you might be exposed to by eating them all in combination, every day of the year for a lifetime.

Common contaminants found in food include herbicides and pesticides, drugs, heavy metals and environmental contaminants such as dioxins, PCBs and the flame retardant PFOA.

Most recently, tests conducted by Emory University researchers and The Organic Center reveal a significant portion of conventional nonorganic cow’s milk sold in grocery stores around the U.S. contains pesticides, growth hormones and antibiotics, including some that are not legally permitted in dairy production. Organic milk, on the other hand, was not found to contain these contaminants. 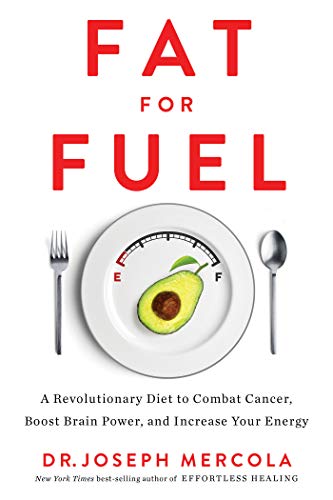 The 69 samples were tested for the presence of pesticides, antibiotics, bovine growth hormones (bGH) and insulin-like growth factor (IGF-1) using liquid or gas chromatography and mass or tandem mass spectrometry. Of the 35 conventional samples tested:4

•60% were found to contain antibiotics, including amoxicillin, oxytetracycline, sulfamethazine, sulfadimethoxine and sulfathiazole

Sulfanomide antibiotics are not allowed for use in dairy production due to human health concerns, which include acute and potentially life-threatening allergic reactions5 and other side effects,6 including joint and muscle pain, abdominal cramping and low back pain

•One sample (3%) contained the antibiotic amoxicillin, commonly used in human medicine, at a level exceeding the federally permissible limit

•Between 26% and 60% were found to contain pesticides, including chlorpyrifos (59%), atrazine(26%; linked to reproductive harm in animals, birth defects and cancer), diazinon (60%), cypermethrin (49%) and permethrin (46%; a synthetic pyrethroid7 insecticide linked to behavior problems in children)

None of these pesticides and antibiotics were found in the 34 organic milk samples. According to the authors:8

“Among the conventional samples, residue levels exceeded federal limits for amoxicillin in one sample (3%) and in multiple samples for sulfamethazine (37%) and sulfathiazole (26%). Median bGH and IGF-1 concentrations in conventional milk were 9·8 and 3·5 ng/ml, respectively, twenty and three times that in organic samples …

In its press release, Jessica Shade, director of science programs for The Organic Center, said:9

“This study is especially exciting because the researchers developed methods that are more sensitive than past analyses, including testing methods that have been used by the Food and Drug Administration (FDA); also, the study measured levels of chemicals that were previously unreported.

The statistical significance was so clear and decisive that it gives us confidence that what we found in the study would also be the results of a larger sampling.

Milk is a great source of protein and important vitamins and minerals, and we want our children and our families to drink milk. But not all milk is created equal, as this study demonstrates.” A 2016 report10 by the European Parliament, “Human Health Implications of Organic Food and Organic Agriculture,” which reviewed the nutritional content of organics (among many other things) — including organic milk — concluded that the clearest benefits of organics on human health were found to be related to lowered pesticide, antibiotic and cadmium exposure.

According to the authors of this EU report, “As a consequence of reduced pesticide exposure, organic food consequently contributes to the avoidance of health effects and associated costs to society.” However, it has significant nutritional benefits over conventional as well.

“Over the last century, intakes of omega-6 (ω-6) fatty acids in Western diets have dramatically increased, while omega-3 (ω-3) intakes have fallen. Resulting ω-6/ω-3 intake ratios have risen to nutritionally undesirable levels, generally 10 to 15, compared to a possible optimal ratio near 2.3 …

They also investigated three hypothetical diet strategies to try to ascertain the most effective way to reach a more optimal omega-6/omega-3 ratio, concluding that a combination of high organic dairy consumption along with reduced consumption of omega-6-rich foods “together would decrease the omega-6/omega-3 ratio among adult women by ∼80% of the total decrease needed to reach a target ratio of 2.3.”

This study also found organic milk had higher levels of beneficial conjugated linoleic acid (CLA), which they note is “widely accepted as beneficial for heart health and prevention of cancer.”13 Overall, CLA levels in organic milk were 18% higher than conventional,14 although there are significant seasonal differences.

The highest CLA levels are achieved in the summer, May through October, when CLA concentrations were 55% higher than in the winter.15 Conventional milk, on the other hand, had much smaller seasonal variations in CLA, rising only 12% in the summer.16

Another analysis,17 published in 2016, that looked at the compositional differences of organic and conventional milk,18 also found clear differences between the two. Said to be the largest study of its kind, the researchers analyzed 170 studies on milk.

According to this review, half a liter of organic full fat milk will provide you with an estimated 39 milligrams (mg) or 16% of the recommended daily intake (RDI) of very long-chain (VLC) omega-3 (EPA, DPA and DHA), whereas conventional milk will provide only 25 mg or 11% of the RDI of these important fats.19

As noted by the authors, VLC omega-3s have been linked to a number of health benefits, including “improved fetal brain development and function, delayed decline in cognitive function in elderly men and reduced risk of dementia (especially Alzheimer’s disease).”

And, while the differences in vitamins and minerals were smaller than those of omega-3 fats, compared to conventional milk, organic milk was also found to contain 13% higher vitamin E levels (alpha-tocopherol) and 20% higher iron levels.20 As in the 2013 study discussed above, this analysis also found organic milk had “significantly higher CLA” levels.21

Last but not least, organic raw milk from grass fed pastured cows is also far less likely to be contaminated with hazardous bacteria associated with foodborne illness. Organic farming and animal food production in general are both safer in this regard, as discussed in the EU report22“Human Health Implications of Organic Food and Organic Agriculture,” which contains a section on this topic.

While the U.S. Food and Drug Administration and the U.S. Department of Agriculture insist raw milk will increase your risk of death and disease, foodborne illness statistics offer no support for such claims. In fact, an investigation23 by Dr. Ted Beals reveals you’re 35,000 times more likely to get sick from any other food than raw milk.

Both the FDA24 and USDA25 warn that raw milk can carry disease-causing bacteria, — completely ignoring and overlooking the fact that these bacteria are the result of industrial farming practices that lead to diseased animals. Healthy animals raised on pasture simply will not harbor dangerous amounts of pathogenic bacteria.

The only way their raw milk warning would make sense is if it specified that you should never drink unpasteurized CAFO milk, as that could indeed be disastrous. Organic grass fed milk, on the other hand, rarely ever poses a health risk when consumed raw, provided the producer is following good, sanitary practices — and organic dairy farms are required to follow stricter protocols in this regard.

A 2012 investigation by Mark McAfee, CEO of Organic Pastures Dairy — which included a FOIA request to the Centers for Disease Control and Prevention for data on deaths claimed to be related to raw milk — revealed:26

While being less likely to make you sick, raw organic grass fed milk may also have immune-boosting benefits. According to a 2015 study27 in The Journal of Allergy and Clinical Immunology, children who drink raw organic grass fed milk have lower rates of viral and respiratory tract infections, including regular colds, than those who drink ultra-pasteurized milk. According to the authors:

“Early life consumption of raw cow’s milk reduced the risk of manifest respiratory infections and fever by about 30% … [T]he public health impact of minimally processed but pathogen-free milk might be enormous, given the high prevalence of respiratory infections in the first year of life and the associated direct and indirect costs.”

Make sure you get what you pay for

While organic milk is likely a far superior choice over conventional milk, remember that any organic milk sold in conventional grocery stores will still be pasteurized, which will detract some of its benefits, as the pasteurization kills beneficial bacteria and can damage many valuable enzymes. To learn more, see McAfee’s article, “The 15 Things That Milk Pasteurization Kills.”28

What’s worse, regulatory loopholes permit CAFO dairies to produce “organic” milk, even though the cows are not grass fed on pasture. I discuss this in “How Organic is Your Organic Milk?”

The AGA website allows you to search for AGA approved producers29 certified according to strict standards that include being raised on a diet of 100% forage; raised on pasture and never confined to a feedlot; never treated with antibiotics or hormones; and born and raised on American family farms.

Other resources that can help you find raw grass fed milk locally include Raw-Milk-Facts.com30 and RealMilk.com.31 They can tell you what the status is for legality in your state, and provide a listing of raw dairy farms in your area.