In a tiff over whether Iranian Foreign Minister Mohammad Javad Zarif and his delegation would be permitted to enter the United States as part of a meeting of the United Nations and over whether they would be free to travel freely around New York City, U.S. Secretary of State Mike Pompeo told a whopper, one that might have even embarrassed Pinocchio. Expressing a desire to be invited to appear on Iranian television, Pompeo said that he would tell Iranians that “we care deeply about them, that we’re supportive of the Iranian people, that we understand that the revolutionary theocracy is not acting in a way that is in their best interest.”

After all, look at the U.S. sanctions on Iran. They target the Iranian people for economic impoverishment and even death. The idea is that if the U.S. government can squeeze the life out of the Iranian people, they will rise up in a violent revolution against the ruling regime and replace it with one that is acceptable to U.S. officials. 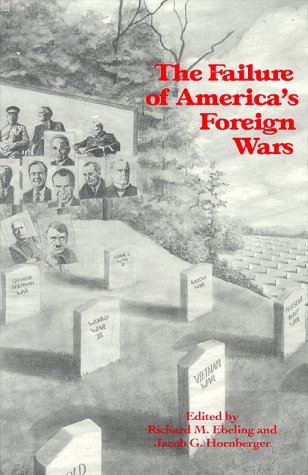 How in the world can such a cruel and brutal policy be reconciled with Pompeo’s claim that he and his cohorts “care deeply” about the Iranian people? It can’t be. It’s a flat-out lie.

We saw this same phenomenon when U.S. officials, with the same banality-of-evil mindset, enforced their system of sanctions against the Iraqi people for 11 years. Every year, the sanctions were killing hundreds of thousands of Iraqis, mostly children. Keep in mind that during the Persian Gulf War, the Pentagon ordered U.S. bombers to destroy Iraq’s water-and-sewage treatment plants, with the aim of spreading infectious illnesses among the Iraqi populace. After the war was over, U.S. officials used their sanctions to prevent the plants from being repaired. The sewage-infested waters were one of the factors leading to the massive annual death toll among the Iraqi people.

Did U.S. officials care about the well-being of the Iraqi people? Are you kidding? No more so than they care about the well-being of Iranians. When Sixty Minutes asked U.S. Ambassador Madeleine Albright in 1995 whether the deaths of half-a-million Iraqi children were “worth it,” she responded that while it was a difficult issue, the deaths were, in fact, “worth it.” By “it,” she meant the attempt to remove Saddam Hussein from power and replace him with a pro-U.S. dictator, the same goal that U.S. officials have in Iran. The sanctions on Iraq continued for another six years, until U.S. officials used the 9/11 attacks as the excuse for invading Iraq and ousting Saddam from power, something they had failed to accomplish with 11 years of sanctions and hundreds of thousands of dead Iraqis.

When an American named Bert Sacks took medicine to Iraq to help the Iraqi people, U.S. officials went after him with a vengeance, first fining him and then spending many years in an obsessive quest to get their money from him.  Make no mistake about it: If any American violates U.S. sanctions against Iran by trying to help the Iranian people, U.S. officials will go after him with all guns blaring, this time with both harsh criminal and civil penalties.

Think about what U.S. officials did to the Iranian people in 1953. The CIA knowingly, intentionally, deliberately, and secretly ousted Iran’s democratically elected prime minister, Mohammad Mossadegh, from office and vested full dictatorial power in the Shah of Iran. The CIA trained the Shah and his secretive SAVAK police force, which was a combination Pentagon, CIA, and NSA, into one of the most tyrannical agencies in history. Torture. Assassination. Indefinite detention. Secret surveillance. Arbitrary arrests. Suppression of free speech. All of the things that were in the U.S. national-security state’s playbook were vested in the Shah and his SAVAK.

After around 26 years of suffering under this horrific U.S.-installed and U.S. trained tyranny, the Iranian people finally violently revolted. The shame, however, was that they were unable to replace the Shah with the democratic regime that U.S. officials had destroyed in 1953. They ended up with a theocratic tyranny.

Thus, it was with great ironic hypocrisy that Pompeo also recently derided the Iranian regime for its tyrannical practices. The irony and hypocrisy are three-fold: One, U.S. officials are responsible for the theocratic tyranny under which the Iranian now suffer. Two, the U.S.-installed Shah was every bit as tyrannical as the current Iranian regime is. And three, U.S. officials have adopted some of the same dark-side practices here in the United States, e.g., torture, assassination, indefinite detention, denial of trial by jury, denial of due process of law, and denial of speedy trial, that are engaged in by dictatorial regimes.

U.S. officials caring about and supporting the Iranian people? Don’t make me laugh. Just more lies from a deeply hypocritical interventionist and imperialist regime, one that targets the innocent with death and impoverishment with the aim of achieving a political goal.

Previous article by Jacob G. Hornberger: Trump Reminds Us that America Is a Military Nation

Things Haven’t Always Been This Way 1984: the Year America Didn’t Go to War