The Generals Won’t Save Us From the Next War

The brass are careerists, never punished for their mistakes, quietly assenting to the latest doomed interventions.

By Danny Sjursen
The American Conservative

Poll after poll indicates that the only public institution Americans still trust is the military. Not Congress, not the presidency, not the Supreme Court, the church, or the media. Just the American war machine.

But perhaps that faith in the U.S. Armed Forces is misplaced. I got to thinking about this recently after I wrote articles calling for dissent among military leaders in order to stop what seems to be a likely forthcoming war with Iran. While I still believe that dissent in the ranks stands the best chance of galvanizing an apathetic public against an ill-advised, immoral conflict in the Persian Gulf, I also know its a pipe dream.

These are company men, after all, obedient servants dedicated—no matter how much they protest otherwise—to career and promotion, as much or more than they are to the national interest. The American military, especially at the senior ranks, is apt to let you down whenever courage or moral fortitude is needed most. In nearly 18 years of post-9/11 forever war, not a single general has resigned in specific opposition to what many of them knew to be unwinnable, unethical conflicts. Writing about the not-so-long-ago Vietnam War, former national security advisor H.R. McMaster, himself a problematic war on terror general, labeled in his book title such military acquiescence Dereliction of Duty. That it was, but so is the lack of moral courage and logical reasoning among McMaster and his peers who have submissively waged these endless wars in Americans’ name. 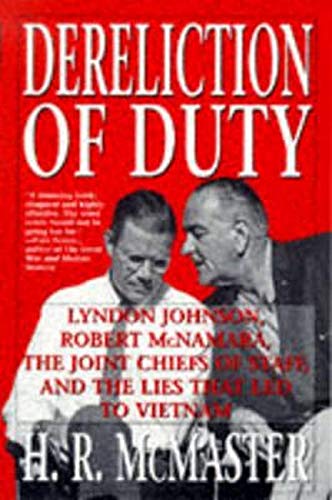 Think on it: of the some 18 general officers who have commanded the ill-fated, ongoing war in Afghanistan, each has optimistically promised not only that victory was possible, but that it was “around the corner” or a “light at the end of the tunnel.” All these generals needed, naturally, was more time and, of course, more resources. For the most part they’ve gotten it, billions in cash to throw away and thousands of American soldiers’ lives to waste.

Why should any sentient citizen believe that these commanders’ former subordinates—a new crop of ambitious generals—will step forward now and oppose a disastrous future war with the Islamic Republic? Don’t believe it! Senior military leaders will salute, about-face, and execute unethical and unnecessary combat with Iran or whomever else (think Venezuela) Trump’s war hawks, such as John Bolton, decide needs a little regime changing.

Need proof that even the most highly lauded generals will sheepishly obey the next absurd march to war? Join me in a brief trip down an ever so depressing memory lane. Let us begin with my distinguished West Point graduation speaker, Air Force General and Chairman of the Joint Chiefs Richard Myers. He goes down in history as as a Donald Rumsfeld lackey because it turns out he knew full well that there were “holes” in the Bush team’s inaccurate intelligence used to justify the disastrous Iraq war. Yet we heard not a peep from Myers, who kept his mouth shut and retired with full four-star honors.

Then, when Army Chief of Staff General Eric Shinseki accurately (and somewhat courageously) predicted in 2003 that an occupation of Iraq would require up to half a million U.S. troops, he was quietly retired. Rummy passed over a whole generation of active officers to pull a known sycophant, General Peter Schoomaker, out of retirement to do Bush the Younger’s bidding. It worked too. Schoomaker, despite his highly touted special forces experience, never threw his stars on the table and called BS on a losing strategy even as it killed his soldiers by the hundreds and then the thousands. Having heard him (unimpressively) speak at West Point in 2005, I still can’t decide whether he lacked the intellect to do so or the conscience. Maybe both.

After Bush landed a fighter plane on a carrier and triumphantly announced “mission accomplished” in Iraq, poor Lieutenant General Ricardo Sanchez, the newest three-star in the Army, took over the hard part of conquest: bringing the “natives” to heel. He utterly failed, being too reliant on what he knew—Cold War armored combat—and too ambitious to yell “stop!”  Soon after, it came to light that Sanchez had bungled the investigation—or coverup (take your pick)—of the massive abuse scandal at Abu Ghraib prison.