Falling Through The Cracks In Modern Medicine

IDIOPATHIC DISEASE:
When The Doctor Says
The Cause Of The Symptoms You Experience
Is Unknown
(or maybe it’s just all in your head)

Idiopathic: any disease or condition which arises spontaneously
or for which the cause is unknown.

Derrick Lonsdale MD ought to know something about patients for whom other doctors could not find a cause or reason for their chronic symptoms other than psychosomatic phenomena.  He has been helping patients resolve what are called idiopathic (unexplained) disorders for decades now.  His standby remedy, vitamin B1 (thiamine). 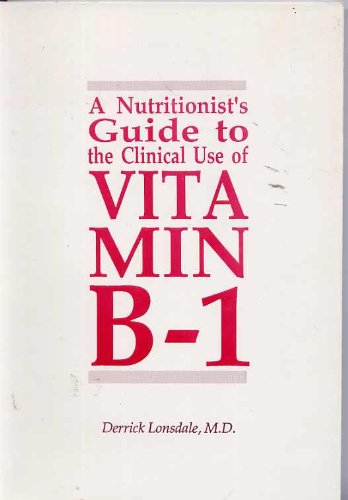 Dr. Lonsdale, retired (now in his 90s), teams with Dr. Chandler Marrs to document case histories of his successes over a period spanning decades in treating people with seemingly hopeless conditions.  They are cited in the new text THIAMINE DEFICIENCY DISEASE, DYSAUTONOMIA, AND HIGH CALORIE MALNUTRITION (Academic Press (2017).  Note: this is a book for physicians and it is not an easy read for lay persons.

Dr. Lonsdale says there are conditions or diseases that produce symptoms that are so seemingly disparate and unconnected as to perplex the very best physicians.  This is most likely due to modern medicine’s narrow approach to treatment and therapy, which he calls the “kill the enemy” approach.  For example, use of antibiotics to kill germs or drugs to reduce cholesterol.

Given that physicians are organized into anatomical medical specialties, if there is some disease that produces broad symptoms throughout the body it is likely to be diagnosed as separate diseases of the heart, kidneys, brain, immune system requiring a cardiologist, nephrologist, neurologist or immunologist, says Lonsdale.

Couple that with the fact modern medicine shuns nutritional approaches to disease and you end up with medicines prescribed to allay symptoms rather than eliminate causes.  Life-long maladies for which many doctors may misclassify as psychosomatic in origin or treat narrowly as if they are actual diseases of the heart, lungs, eyes, brain, when the problem is system wide.

Dr. Lonsdale points to a single disease that produces diverse and disparate symptoms throughout the body that defies diagnosis.  The disease is beriberi (vitamin B1 deficiency).  This vitamin deficiency disease “abnormalizes” the autonomic nervous system, the automatic control of our heartbeat, breathing, waste elimination, urination, and other functions.

As evidence Lonsdale points to the fact of 696 published scientific papers that reported an attempt to use thiamine for 230 different diseases.

Modern medicine then takes these symptoms, classifies them into anatomic syndromes that require drugging.  The public is clueless over this misdirection.

The reason for an upsurge in these perplexing diseases is that humans in advanced countries are eating diets that antagonize this essential vitamin that is ubiquitous in foodstuffs or fortified foods, and is certainly provided in multivitamins. 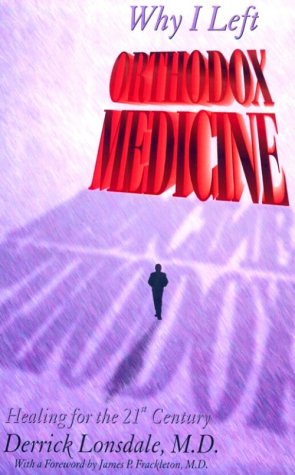 Some known problematic foods like alcohol, refined sugars and processed carbohydrates (promoted in the now abandoned Food Pyramid issued by government health authorities) as well as some molecules known to be healthy called polyphenols in tea and coffee or dietary supplements (resveratrol, quercetin, cinnamon, etc.), all block B1 absorption.

Many people who supplement their diet with thiamine but drink coffee at the same time may never achieve B1 adequacy.  This author took a vitamin B1 supplement away from coffee and other vitamin supplements and experienced a noticeable darkening of his grey hair.  The effect was nullified when drinking coffee.

Thiamine deficiency is historically more prevalent in prison camps, in alcoholism, and in third-world countries where food is not plentiful.  But its prevalence in well-fed modern populations in developed countries Dr. Lonsdale calls “high calorie malnutrition.”

Modern-day drugs are also of concern.  Certainly diuretics, that increase excretion of water-soluble nutrients like thiamine and are used by millions of people, would be at the top of the list.

The cardinal signs and symptoms of beriberi involve edema (swelling) and nerve and circulatory problems.

There are two reasons low consumption or blockage of absorption of vitamin B1 would produce adverse symptoms broadly throughout the body.  The primary reasons are:

(1) Thiamine is the chief nutrient along with magnesium needed to produce cellular energy in the form of adeno triphosphate (ATP) in mitochondria, the atomic power plants of living cells.  Of concern, ~34% of 550 modern pharmaceuticals induce mitochondrial damage to living cells, thiamine being the major nutrient that invigorates mitochondria (explained below).  Another example: metformin (used by 49 million Americans), the most popular anti-diabetic drug, induces a 48% reduction in ATP.

(2) Thiamine is critical for hemoglobin, the red pigment in red blood cells, to pick up oxygen and transport it.  Essentially, a deficiency of thiamine leads to hypoxia, a condition in which the body or a region of the body is deprived of adequate oxygen supply at the tissue level.

Why something innocuous causes a health crisis in some individuals

By virtue of a shortage of thiamine to transport oxygen on hemoglobin, Lonsdale says this sets up the body for a stress-induced crisis. As an example, he says after vaccination young women have experienced a racing heart when standing from a sitting position, a condition called postural orthostatic tachycardia.  Standing suddenly increases the demand for cell energy and oxygen, which are lacking in thiamin-deficient subjects. 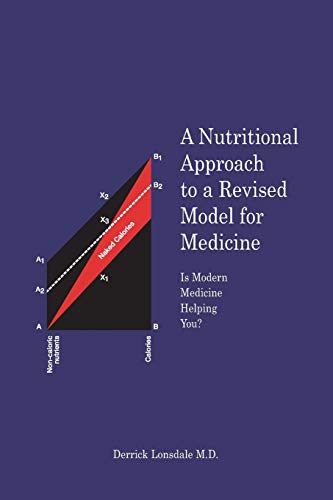 A classic sign of thiamine deficiency is a fast heart beat as a person arises from a chair (called postural orthostatic tachycardia syndrome or POTS).

Dr. Lonsdale explains, any otherwise innocuous stressor such as sunlight or noise or an earthquake for example, can startle a thiamin-deficient individual and throw them into a health crisis.

Lonsdale gives an account of workers in Japan where vitamin B1 was first discovered in rice bran removed to produce polished rice.  Factory workers who ate polished rice would sit down for lunch outdoors in between buildings so as not to be in direct sun.  As the sun moved across the sky, sun rays would reach the corridor between factory buildings, striking the workers.

Some of these workers experienced sudden symptoms of anxiety, heart palpitations, hives, fear, sneezing, triggered by the lack thiamin due to a shortage of cell energy and poor oxygen transport that increased these workers vulnerability to sunlight as a biological stressor.  Thiamin-sufficient individuals were not vulnerable to any sunlight-induced symptoms.  This author recalls an ex-wife who chronically sneezed when she walked from indoors to outdoor daylight.

Dr. Lonsdale calls vitamin B1 deficiency the “great pretender” that “haunts the offices of physicians.”  It is seen as heart failure, or balance problems, or ringing in the ears (tinnitus), or constipation (gastric motility), or abnormal heart beats (atrial fibrillation), low blood pressure, excessive sweating, intolerance to cold or hot temperature, light or noise sensitivity, lack of appetite (anorexia), throat spasm, even post-vaccine problems.  Another hallmark sign of B1 deficiency is pain in the calf region of the legs due to lactic acid buildup after slight physical activity.

SOME COMMON SYMPTOMS AMONG THIAMINE-DEFICIENT SUBJECTS (not an exhaustive list)

If thiamine is removed from an otherwise normal healthy diet, it only takes about 18 days for thiamine to be completely depleted.

Because refined sugars block B1 absorption, it is very common for diabetics to be thiamine deficient (76% for Type I and II diabetes).

Ah, this is easy, just do blood tests and that will identify these vitamin deficient patients.  However, blood tests of water-soluble nutrients like thiamine only reflect recent consumption. Lonsdale says accurate blood testing is generally not available.  He recommends a therapeutic trial of vitamin B1.

Dr. Lonsdale generally prescribes 150 milligram vitamin B1 pills and says there have been no side effects reported with even higher doses in the many years of his practice of medicine.  However, Dr. Lonsdale does note that on the first day of use some complaints of fatigue and headache have been reported.  These symptoms subside rapidly.

Vitamin B1 (thiamine) is a non-prescription dietary supplement

Because of absorption problems, the fat-soluble form of B1 (benfotiamine) is preferred.

Also be aware that researchers are on the cusp of announcing benfotiamine as the “cure” for Alzheimer’s disease, a topic I covered in an earlier published report (view the images of the brain scans which provide convincing evidence).

Earlier texts by Dr. Lonsdale are: A NUTRITIONAL APPROACH TO A REVISED MODEL FOR MEDICINE: IS MODERN MEDICINE HELPING YOU? And WHY I LEFT ORTHODOX MEDICINE: HEALING FOR THE 21ST CENTURY; and A NUTRITIONIST’S GUIDE TO THE CLINICAL USE OF VITAMIN B1.