Bloomberg reported this week that the Trump Administration is considering Judy Shelton for one of the two vacant positions on the Federal Reserve Board of Governors. The good news is that Ms. Shelton is not a technically trained academic economist, indoctrinated in the prevailing orthodoxy. She holds a doctorate in business administration from the University of Utah and has spent most of her career in the world of free-market policy think tanks, including stints at the Hoover Institute and the Atlas Network. She also writes refreshingly and articulately in favor of the gold standard, or some version of it.

The bad news is that she leans heavily toward supply-side economics, which is deeply flawed on monetary policy. Like most supply-siders, the position she advocates may be summed up in the motto, “I favor sound money—and plenty of it.”

This contradictory position was clearly evident in her recent Wall Street Journal op-ed, The Case for Monetary Regime Change. In this piece Shelton attributes blame for “the devastating 2008 global meltdown” to the Fed’s “influence over the creation of money and credit.” She then goes on to criticize the Fed’s policy of paying interest on excess reserves for slowing down the economic recovery from the post-crisis depression. Her argument is that paying interest on excess reserves discouraged the banking system from fully lending out the enormous amount of reserves that gushed forth into the system through the Fed’s QE programs. While this is true, the Fed’s policy was still very expansionary. If we examine the data in the chart below, we see that the from mid-2011 to 2017, the year-over-year (YOY) growth rates of the money supply as measured by the Fed aggregates of M2 and MZM varied between 5% and 10%. These slightly exceeded the monetary growth rates recorded during the run-up of the housing bubble from the beginning of 2002 through 2005, which culminated in the “devastating global meltdown” that Shelton bemoaned a few sentences earlier. Thus, Shelton considers the same rates of monetary growth inflationary in the earlier period but contractionary in the later period. She seems to have picked up this peculiar argument from the Cato Institute’s George Selgin, which I criticized a few years ago. 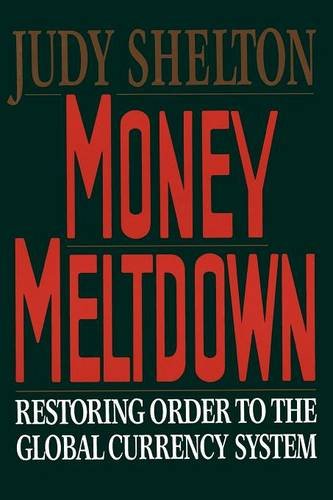 Shelton also reveals the flaws in her supply-side position when she argues that a gold standard and a Bretton Woods-like regime, by “linking the supply of money and credit to gold,” would both be effective in “redress[ing] inflationary pressures.” Shelton’s position here shows a lack of theoretical and historical awareness of the vast differences between the classical gold standard and the Bretton Woods System in their nature and operation. The former was a genuine gold standard in which gold coins were in circulation and all bank notes and deposits were instantaneously redeemable in gold. The Bretton Woods System on the other hand was a form of “price-rule monetarism,” in which the Fed followed a rule to target a legally mandated price of gold by buying and selling gold, foreign currencies, or domestic securities. There was no gold in circulation as a medium of exchange and the convertibility of dollars into gold was restricted to foreign governments and other official institutions.

The historical Bretton Woods system had inherent flaws that led to its slow motion inflationary collapse in the late 1960s and its disappearance in 1971. This did not stop supply-siders, including Shelton, in her 1994 book Monetary Meltdown, for penning proposals for an updated version of Bretton Woods. This article contains my critique of an earlier supply-side proposal for a monetary system based on a gold price rule.

Overall, I consider Judy Shelton among the best politically palatable (at least to Republicans) candidates for Federal Reserve Board of Governors. But, unfortunately, this is weak praise, given that the very existence and function of the Fed is a destructive influence on the U.S. and global economy.

Farage & GabbardWhy Is the US Always ‘Stumbling’ or ‘Sliding’ into War?