Two years ago, in December 2017, the United Nations General Assembly declared May 20 of each year as World Bee Day.1 The resolution was the result of an initiative started in 2015 by the Slovenian Beekeepers’ Association in an effort to raise awareness about the importance of bees and other pollinating insects, all of which are threatened with extinction thanks to a wide range of toxic human activities.2

As explained by the U.N.,3 May 20 was chosen because it “coincides with the birthday of Anton Janša, who in the 18th century pioneered modern beekeeping techniques in his native Slovenia and praised the bees for their ability to work so hard, while needing so little attention.”

While bumble bees might be the most well-recognized, there are in fact between 25,000 and 30,000 different species of bees across the globe. On the Center for Food Safety’s website4 you can find a listing of some of the most common species, such as sweat bees, digger bees, carpenter bees, cuckoo bees, long-horned bees and many more.

More than 75% of the world’s food crops depend on these and other pollinators, either wholly or in part, as do 90% of wild flowering plants.5 What’s more, in the past 50 years, there’s been a 300% increase in the volume of crops being produced that are dependent on pollination.6

As such, “Caring for bees and other pollinators is part of the fight against world hunger,” the U.N. says.7 It’s also important to protect and maintain biodiversity among bee species to ensure agricultural resilience.

Report on Global Biodiversity Warns of Troubling Times Ahead

All forms of life — animals, plants and microorganisms necessary for food, feed, fuel and fibers — are losing diversity. As reported by worldbeeday.org:9

“Of around 6,000 species of agricultural plants, fewer than 200 contribute to global food production, and just nine of them account for 66% of total crop yields. World livestock production is based on approximately 40 animal species, with just a handful providing the vast majority of meat, milk and eggs. The catch quantity is being exceeded for a third of fish stocks, while more than half have reached their limit of sustainability …

At the meeting of the FAO Commission on Genetic Resources for Food and Agriculture the European Region proposed that the results of this report be included in the strategy of biodiversity being drawn up by FAO.

Several countries proposed that countries should respond to the main conclusions of the report by including the findings and content in national policies, legislation, programmes and projects in the area of biodiversity in agriculture, forestry and food, in line with their capacities, while there is also an urgent need to formulate further measures to implement the conclusions from the report.

The report will also be important for discussion on the global framework for biodiversity as part of the Convention on Biological Diversity after 2020 and for achieving the sustainable development goals of Agenda 2030.”

Another global assessment report10 on pollinators, pollination and food production, released by the Intergovernmental Science-Policy Platform on Biodiversity and Ecosystem Services (IPBES) in 2016, found an estimated 16% of the vertebrate pollinators around the world are threatened by extinction, as are 30% of island species. According to IPBES vice-chair, Sir Robert Watson::11

“Wild pollinators in certain regions, especially bees and butterflies, are being threatened by a variety of factors. Their decline is primarily due to changes in land use, intensive agricultural practices and pesticide use, alien invasive species, diseases and pests, and climate change.”

Bee Species Declining Across Northwestern US

Similarly, researchers at the University of New Hampshire warn there’s been a “dramatic decline” of 14 wild bee species needed for pollination of apples, blueberries, cranberries and other crops grown in the Northwest. 12 Sandra Rehan, assistant professor of biological sciences, told Science Daily:13

“We know that wild bees are greatly at risk and not doing well worldwide. This status assessment of wild bees shines a light on the exact species in decline, beside the well-documented bumble bees. Because these species are major players in crop pollination, it raises concerns about compromising the production of key crops and the food supply in general.

We found that wild bee species that once greatly populated more southern areas near sea level are now in decline. While up north in more mountainous areas, like the White Mountains, those same species persist which is an indicator of how climate change is affecting certain populations, especially in the Seacoast area.”

Using museum data stretching back 125 years (1891 through 2016), the researchers analyzed the prevalence of 119 wild bee species that are native to New Hampshire but also widespread across the Northeast and North America as a whole.

Fourteen of the species were found to have significantly declined while eight species have significantly increased. Out of the 14 species in decline, 13 are ground nesters and one is a cavity nester. Overall, both declining and increasing species have been migrating northward over the last 125 years, suggesting changes in climate are a driving factor.

In related news, the pesticide Sivanto (flupyradifurone), which its maker, Bayer CropScience, claims is completely safe for bees, may not be so safe after all. A yearlong investigation14 by the University of California (UC) San Diego found Bayer’s testing appears to have excluded common use cases that lead to abnormal behavior and increased mortality in exposed bees.

Sivanto, developed to replace neonicotinoid pesticides, which are known to contribute to bee die-offs, was registered for commercial use in 2014 and is currently available in 30 countries including the U.S. and countries in Africa, Asia and Europe. Another 65 countries are also expected to give Sivanto the green-light of approval.

It’s “bee safe” classification permits Sivanto to be sprayed on crops that are in bloom with actively foraging bees. However, according to this study, the pesticide “could in fact pose a range of threats to honeybees depending on seasonality, bee age and use in combination with common chemicals such as fungicides,” the press release states.15

The video above demonstrates the abnormal activity and motor coordination deficits exhibited by exposed bees. As noted in the press release, the researchers:16

“… showed that worst-case, field-realistic doses of Sivanto, in combination with a common fungicide, can synergistically harm bee behavior and survival, depending upon season and bee age. Bees suffered greater mortality — compared with control groups observed under normal conditions — and exhibited abnormal behavior, including poor coordination, hyperactivity and apathy.”

Importantly, while official guidelines for pesticide risk assessment focus testing on bees inside the hive, the researchers discovered that the foragers are actually more susceptible to harm, in part because they’re more likely to be exposed and in part due to their age. Younger honeybees work inside the colony while the older ones forage outside the hive.

In the case of Sivanto, the harmful effects were four times greater on foragers than in-hive bees. Needless to say, this still threatens the health of the entire colony. The harm was also greater on both types of worker bees during the summer, compared to spring.

“According to the authors, the standard measurements of only lethal effects are insufficient for assessing the complexity of pesticide effects,” the press release notes.17 Lead researcher Simone Tosi, who works at ANSES, the French agency for Food, Environmental and Occupational Health & Safety, commented:18

“This work is a step forward toward a better understanding of the risks that pesticides could pose to bees and the environment. Our results highlight the importance of assessing the effects pesticides have on the behavior of animals, and demonstrate that synergism, seasonality and bee age are key factors that subtly change pesticide toxicity.”

“Because standard risk assessment requires relatively limited tests that only marginally address bee behavior and do not consider the influence of bee age and season, these results raise concerns about the safety of multiple approved pesticides, not only Sivanto.

This research suggests that pesticide risk assessments should be refined to determine the effects of commonly encountered pesticide cocktails upon bee behavior and survival … The idea that this pesticide is a silver bullet in the sense that it will kill all the bad things but preserve the good things is very alluring but deserves caution.”

How to Celebrate World Bee Day and Protect Bees Every Day

On worldbeeday.org, a number of suggestions can be found for how kindergartens and schools can get involved and celebrate World Bee Day with educational activities.20 For example, schools are encouraged to get together with local beekeeping associations to organize a visit to a local beekeeper where the children can learn about bees and nectar-bearing plants, honey production and how to set up a hive.

On a more individual basis, there are a number of things you can do to help protect our pollinators, not only on World Bee Day but every day. Following are several suggestions issued by worldbeeday.org:21

Plant nectar-bearing flowers in your garden, yard or balcony to help feed the bees, and be sure to avoid using toxic pesticides and herbicides that might hurt pollinators! If you have a farm, large or small, be sure to incorporate flowers that support the wild bee population. The following video, made by Project Integrated Crop Pollination, demonstrates helpful planting practices.

Buy honey and other hive products from local beekeepers to help keep them in business.

Teach your children about the importance of bees and beekeepers.

Set up a beehive. 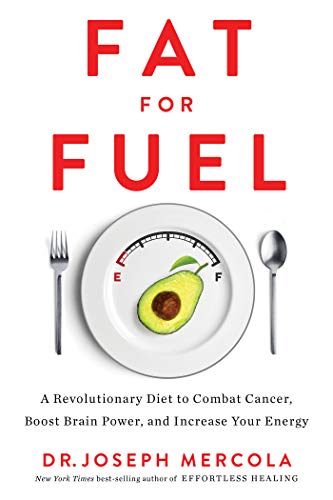 Preserve meadows and sow wildflowers in your garden, making sure the wildflower mix you choose contains flowers native to your area. Non-native plants do not contribute as much toward the care and feeding of local insects, as they are not able to adapt and feed on whatever is available. Hybridized plants also do not provide proper nourishment, and can be likened to “junk food” for insects, as they do not provide much in terms of nourishment.22

Wait to cut meadow grass until the nectar-bearing plants have finished blooming, so as not to rob bees of crucial nourishment.

Avoid using toxic pesticides and herbicides. Even when using a nontoxic product, make sure to spray it when there’s little to no wind, and either early in the morning or late at night, when bees are not actively foraging.

Blooming plants and trees that must be sprayed with pesticides should be mulched before spraying to avoid attracting bees.

Previous article by Joseph Mercola: Why Glucose and Glutamine Restrictions