“Tell me who you cannot criticize and I will tell you who is your master”. Attributed to Voltaire.

Saying anything negative about Israel has long been the third rail of US politics and media.  Israel is our nation’s most sacred cow.  Any questioning of its behavior brings furious charges of anti-Semitism and professional oblivion.

I keep in my bookcase a cautionary book, ‘They Dared Speak Out’ written by US senators and congressmen who all lost their positions after rebuking Israel for its mistreatment of Palestinians or daring to suggest that Israel had far too much influence in the US.

Journalists learn this first commandment very early.  Criticize, or even question, Israel at your own peril.   Until recently, we journalists were not even allowed to write there was an ‘Israel lobby.’  It was widely considered Washington’s most powerful lobby group but, until lately, mentioning its name was seriously verboten. 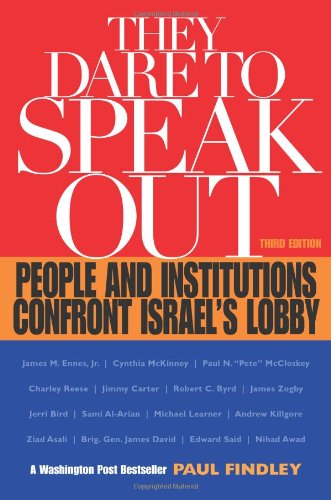 Now, young Democratic stars Tulsi Gabbard, Kamala Harris, Alexandria Ocasio-Cortez and a feisty congresswoman from Minnesota, Ilhan Omar, have suddenly broken the taboo and said what dared not be said: there is too much rightwing Israeli influence and there must be justice for Palestine.

Presidential candidates Bernie Sanders and Elizabeth Warren have come to the defense of Ilhan Omar against the usual charges that she is anti-Semitic.  So have black groups and smaller liberal Jewish groups.  The Democratic Party, that once received half its financial support from Jewish sources, is badly split over the Palestine crisis.  Its old guard is retreating and does not know what to do beyond issuing fiery denunciations of the heretical Miss Omar.  The Democrat Party split comes just at a time when it is trying to bring down President Donald Trump.

Many people seem unaware that Islam is now America’s third largest religion and may soon surpass the number of Jews.  In Canada, Muslims are already the second religion.

Ilhan is not anti-Semitic.  I grew up in New York and New England where vicious anti-Semitism abounded.  I know real anti-Semitism when I see it.  But she is quite right in charging that vast amounts of pro-Israel money have bought Congress and the media.

Sheldon Adelson, the pro-Israel casino tycoon, has given well over $100 million to the Republican Party and its leaders.  This money comes from legal gambling, a sickness that preys on addicts and the unfortunate.

In the 1700’s, Dr. Samuel Johnson well defined lotteries and gambling as ‘a tax on fools.’  Such is the source of Adelson’s billions and his influence over the US political process.  He is also the primary financier of Israel’s prime minister, Benyamin Netanyahu, who now faces serious charges of corruption.

Interestingly, Britain faces a similar political storm.  Its left-leaning Labour Party, led by Jeremy Corbyn, has called for justice for the Palestinians and a viable state for them.  Britain’s pro-Israel groups and media have launched furious counterattacks on Corbyn and his allies, barraging them with false accusations of being anti-Semitic.  This is utter nonsense.  To find real anti-Semitism in Britain you need look into the recesses of the Conservative Party.  I’ve seen its ugly face.

Israel’s brutal repression of Palestinians has sparked bitter anti-Israel sentiments across Europe.  Not so much in America, where media leans far over to Israel’s side and evangelical Christians have been bamboozled into believing that a Greater Israel is somehow necessary for the Second Coming.

But young Americans, and even more so Europeans, are increasingly hearing the call of justice for Palestine.  They want no truck with Israel’s right-wingers, whom many leftist Israelis, including the late great writer, Uri Avnery, brand ‘fascists.’

The prescient and courageous Pat Buchanan said it years ago: the US Congress was ‘Israeli occupied territory.’  His political career was ruined.

So was my mother’s career. She was one of the first American female journalists to cover the Mideast in the early 1950’s.  After extensively reporting the unknown fact that there were nearly one million Palestinian refugees driven from the new state of Israel, she was silenced by advertisers pulling ads from the papers she wrote for and, finally, threats to throw acid in my face.  Her career was ruined.

So I say to Miss Omar and the other brave ladies, full speed ahead.  Damn the torpedoes.  Do what is good for the world and your country.  Break the hold of big money over our republic.