How To Earn an Income? What Do You Tell Your Kids?

Get good grades.  Get a good job.  Get a college education.  Work your way up the ladder.  You might become a millionaire.  But you are always relying on someone else determining how valuable you are.  According to the U.S. Debt Clock, in this land of capitalism and free enterprise, there are only 8,826,490 Americans out of a labor force of 156 million who are self employed and theoretically have no imposed cap on their income.

Most Americans live in debt.  The population can be divided by those who pay interest on their debt and those who collect that interest   Primarily the financial classes have the most wealth in the country because they receive interest payments and have been given near-free money to play with.  Most Americans work for someone else, even government itself, which may not be a bad idea since government issues the money.  In Illinois, State worker retirement funds are attempting to tap into private pension funds to meet their obligations.  Can you imagine?  Socialism in practice.

According to Tom Corley, author of Rich Habits: The Daily Success Habits of Rich Individuals, only 21% of millionaires earn A’s in school.  Good grades bear no obvious relationship with being independently wealthy.  In fact, Corley says it is the poor kid who learned to struggle with academics who developed skills of resilience and became thick-skinned, took risks, and earned unlimited income. 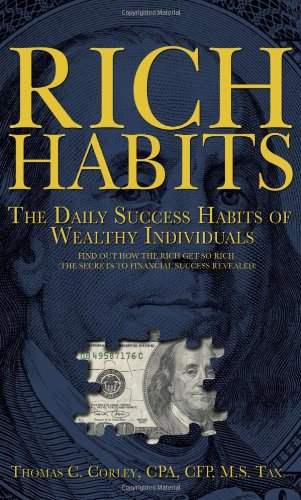 Colleges don’t teach kids to become entrepreneurs.  In fact, it appears colleges are teaching kids socialism — live off of someone else’s income (taxes on the top income earners).  Oil-rich economies did precisely that — and it worked as long as oil was $100/barrel.  But now that the OPEC monopoly on oil has been dashed and oil is ~$30/barrel, those socialist economies (Arab States, Nigeria, Venezuela) are crashing.  The people are left in the street to find food in restaurant garbage cans and grovel for scarce supplies of toilet paper because they never learned how to get off the government dole.

The federal government’s biggest trick is to tax wage earners in valuable dollars during your income earning years and give it back to you in worth-less dollars in retirement.  It is the mother of all shell games.  The dollar you get back in retirement via a Social Security check looks the same, but it has diminished purchasing power.

If one of your kids became a millionaire via a lottery ticket and received $1,000,000 after taxes in the year 2000 and they hid it under a rock, they would need $5,440,531 to equal the purchasing power of that money today! (2018).  (Data: Inflation Calculator, ShadowStats.com). The true rate of inflation is 6-8% (source: ShadowStats.com) so a worker needs to ask their boss for a 6-8% annual pay raise just to keep up with inflation.  (Nobody ever tells young people this.).

There is a difference between male and female, obviously.  Women are nurturers and tend to get into nursing, teaching kids, social work, etc.  There is a major change going on.  Women are delaying or forgoing child learning altogether to advance their careers.  A recent survey asked young women if they were guaranteed a successful career or a successful family, which would they choose.  Most chose career.

It was Willie Sutton, when asked why he robbed banks, answered: “Because that’s where the money is.”  And where is the money in this modern world?  Most money today, trillions of dollars every day, is in electronic transfer payments between parties.  In 1980 about 75% of foreign exchange was in real trading of goods and services.  Today money itself (derivatives, futures) is being traded. Today 80% of funds in international trade are speculation (gambling).  About $5.3 trillion is traded every day in exchange markets.  If the speculation (gambling) markets fall, that would drag the economies of the world into collapse.   Unless your kids learn to play in the speculation markets, they are just competing with billions of people groveling for a far smaller amount of money.  You want your kids to become doctors or lawyers?  Many professionals have become employees that work for corporations these days.

Many Americans who learn to open their own business pick low-risk, small market, service careers these days: massage therapist, pet groomer, pilates instructor.  They, along with dentists and doctors, have to burn themselves out to keep up with inflation.  Most Americans have never been coached that their objective should be to earn passive income.  Write a book that sells.  Earn a commission on sales.  Barbara Streisand sings a song in a sound studio once and collects money on it over her lifetime.  Most doctors don’t earn large incomes any more.  But if they open satellite offices and sell them to young graduate doctors who want to start their own practices, they will earn passive income.  My plumber has an idea to develop a special wrench that every plumber needs.  If he can learn to manufacture, promote and distribute that product, he can earn passive income.  I don’t how many times I have informed young people that should be their primary objective — passive income.  No one ever told them.

The Epidemic of IgnoranceHere’s Another Wakefield Myth