Resveratrol And The Over-Nurturing Female

Nurturing is a female characteristic.  Caring for the helpless is a universal yearning given to females.  A pet cat or dog helps fill that yearning for many women.  But then again, women who date helpless men pursue trouble.  It’s common for young women to date “losers.”

How many fathers end up chasing away pathetic boyfriends their daughters bring home with them?  I always wondered why the most beautiful girls in high school wouldn’t date the class president who had his own job, bought his own car, got good grades.  He didn’t need to be rescued, that is why.

It is said, if a man wants to pick up girls, get a dog.  Women unconsciously feel a man who will care for a helpless pet will care for them.

That same instinct is what long ago caused a queen in Egypt to pluck an infant floating in a river basket out of the water and care for him.  The infant’s name was Moses.  That moment changed history.  So not to scorn women for what they bring to the table.

Take the modern story of Shane Burcaw who was born with spinal muscular dystrophy and is confined to a wheelchair.  After watching a film documentary of Shane’s life, Hannah Aylward wrote Shane and their relationship began to blossom.  They started dating and now live together.  A story of true love.

But nurturing instincts sometimes lead to unhealthy relationships.  It’s also the reason why women write to prisoners, even murderers.  In her book entitled Women Who Love Men Who Kill, Sheila Isenberg pursues answers to the questions why some women pursue lovers who have murdered.

The intense desire to be the “only one” who will care for a criminal seems to be part of a mysterious female obsession.  Asked why, women typically reply they are bewildered as to why also.  Isenberg says these love relationships transcend intelligent judgment.  “It is love without hope or promise or consummation, but it makes them feel worthy,” says Isenberg.

Blame it all on oxytocin

Drama queens abound among the long hairs.  The gamut of out of character behaviors exhibited by women perplexes the most adept male.  A hormone call oxytocin is the hormone that is often blamed for the spectrum of irrational behaviors sometimes observed among females.

Oxytocin is the love-cuddling-bonding love potion that unconsciously drives females.  Oxytocin heightens with hand-holding, hugging and orgasm.  Stimulation of the nipples boosts oxytocin and facilitates breast feeding of infants. It’s no wonder some women breast feed their children beyond a year.

One of the biggest social issues that define our modern society is that many women seem to be unable to balance their own nurturing instincts with finding a man who is intelligent, ambitious and offers financial security.  In other words, chemically speaking, control their oxytocin.

Oxytocin is produced in the hypothalamus of the brain and released by the pituitary gland.  During childbirth oxytocin that induces muscle contractions in the uterus.  Sometimes oxytocin is administered as a drug (Pitocin) to induce contractions to start labor in the birthing room.  Oxytocin has also been proposed as therapy for women who experience postpartum depression, for withdrawn autistic children, and for socially awkward individuals.

It is no wonder why women love dogs.  Interaction between dogs and their owners results in increased oxytocin levels. 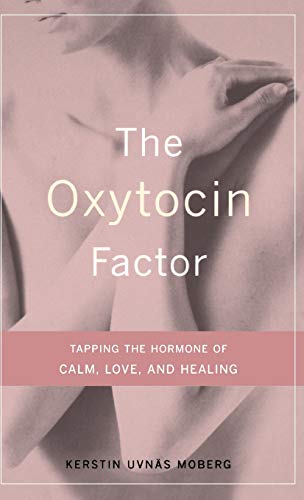 Nor is it any why wonder women have an appetite for chocolate, it contains chemicals that stimulate oxytocin.  When people were given oxytocin it reduced snack consumption, in particular, the craving for chocolate.  So chocolate can substitute for an oxytocin high and vice versa.

Forget that Rocky Mountain high. Go directly to oxytocin and collect $200 if you pass GO.

The dark side of being over-oxytocined

Oxytocin has its dark side.  It can breed over-trustworthiness, envy, and lowered inhibitions.

Oxytocin can get women drunk on love.  But, like women, the effect of oxytocin is often perplexing and not direct.  Researchers couldn’t replicate the findings of their own initial study that showed oxytocin increases trustworthiness.

Maybe we humans are all hooked on oxytocin (no, not oxycontin).  (By the way, who needs drugs when you’ve got oxytocin?)

However, oxytocin can manipulate and confuse rational thought patterns.  A woman who has just participated in bedroom activity has very high oxytocin levels that may drive her to think her partner is a perfect mate and cause her to hastily plan her future with an exciting new partner.  But the guy just thinks it was pretty awesome sex, that is all, says Dr. Sara Celik writing in Eligible Magazine.

Women can be bonded hormonally to a male during sex, but men may only be physically bonded, not emotionally bonded.  Make sure it’s love, not oxytocin, says Dr. Celik.

Oxytocin increases a woman’s attraction to men who are faithful to them.  So it is easy to see why oxytocin-driven women are emotionally destroyed when a man ditches them for another woman.  Then spurned women may reach for antidepressant drugs that further messes up hormonal chemistry and kills sexual desire.

Is there a way to control oxytocin without putting the brakes to it? Well, maybe.  Recall that oxytocin levels are very high during childbirth as this hormone stimulates contractions that deliver the baby.  Early contractions threaten loss of the pregnancy or premature birth. 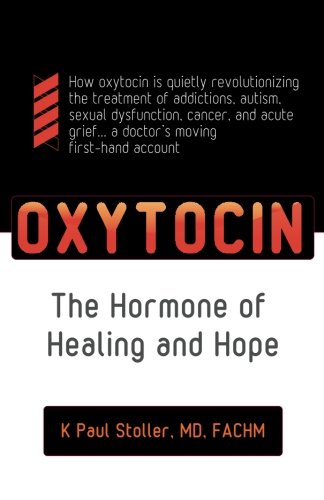 Uterine contractions are also an unwelcome part of dysmenorrhea, that sometimes painful time of the month for women.

A published animal study suggests the red wine molecule resveratrol may quell oxytocin induced contractions in non-pregnant women.  That nausea, vomiting, back and abdominal pain frequently experienced by young women during menstruation may be calmed by a relatively low dose of resveratrol.

Resveratrol also balances sex hormones among women who have high testosterone levels and then have to deal with polycystic ovary syndrome.

But wait, doesn’t that also suggest resveratrol in modest doses (100-200 mg) may do more than just allay painful menstrual cramping.

Scientists who study brain chemicals have likened the effects of alcohol to that of oxytocin.  Wine like oxytocin relaxes, promotes sociability and overcomes social fears.  Yet pure alcohol administered intravenously has been shown to decrease oxytocin while inducing relaxation.  Oxytocin actually blocks the intoxicating effects of alcohol via interference with a chemical (GABA) receptor on the surface of brain cells.  The results of a recent study indicate lab rats given alcohol + oxytocin can’t get drunk.

Given that the same amount of alcohol consumed by a female will produce a much higher blood/alcohol level than a male due to smaller quantities of an enzyme (alcohol dehydrogenase) that breaks down alcohol, skipping alcohol may be less problematic as a woman may be tempted to drink an extra glass or two of wine and tipple towards inebriation.  Some men know that alcohol is a way to ply a woman. So maybe it’s best for women with oxytocin dominance to ditch the alcohol and pop a resveratrol pill, sans the alcohol. 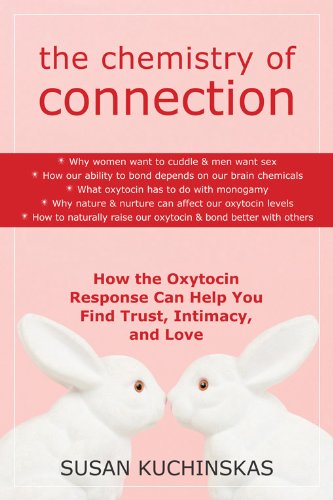 Young menstruating females tend to be anemic due to iron losses in their menstrual flow.  Resveratrol binds to (chelates) copper and controls iron and may induce symptoms of anemia such as fatigue, shortness of breath and headaches behind the eyes.  So low-doses (100-200 mg) taken only every other day are recommended.  A little bit of iron-rich red meat usually remedies this type of headache over iron pills that often induce constipation and nausea.

At least for fathers who have to deal with issues posed by their over-nurturing/over-trusting young daughters who have been driven to despair by a breakup with yet another loser boyfriend, a resveratrol pill may be an alternative.  Better to be hooked on resveratrol rather than alcohol or antidepressants.