“[S]ocialism . . . is . . . the society that must emerge if humanity is to cope with . . . the ecological burden that economic growth is placing on the environment.”

“Voluntary approaches are not sufficient.”

In a recent article at mises.org economist Robert Murphy reported on an interview with a global warming alarmist that was published at vox.com and concluded that: “For climate interventionists, new taxes are only the beginning.”  Murphy was alluding to the belief by some that the global warming hysterics will be satisfied with extortionate-level “carbon taxes” to deter energy use.  Not so, says Murphy:  “Every aspect of our lives, from our cars to our meals to our family sizes, affects global emissions – and therefore the interventionists want every tool at their disposal to control others.” 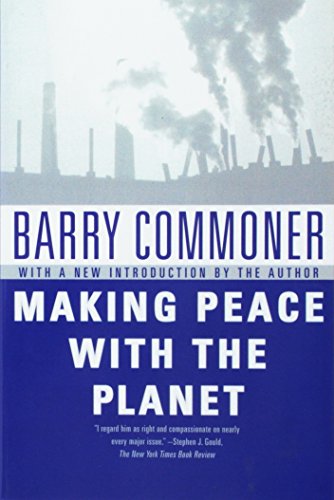 Murphy writes about a climate interventionist’s mention of such things as more stringent corporate average fuel economy standards, building codes, “alternative” energy sources, etc., but there is much more on the agenda of the environmental “watermelons” – green on the outside, red on the inside.  One source of information about the real watermelon agenda is the Green Party Platform, much of which sounds identical to the rhetoric on the Web site of Democratic Socialists of America, which itself is increasingly indistinguishable from the Democratic Party.

The Green Party’s first presidential candidate was biologist and author Barry Commoner, who advocated “social control” of the means of production in the name of “saving the planet.”  He explained in his writings, such as Making Peace with the Planet, that the word socialism had a bad reputation in his time, so “we” might as well try a euphemism such as “social control.”  Of course, with any kind of socialism “society” has absolutely no control over anything; that is the exclusive province of a small ruling class and its court intellectuals like Barry Commoner and his ilk.

Today’s Green Party Platform provides some insights into what, in addition to oppressive carbon taxes, the watermelon socialists have in mind.  The following is a partial list.  Keep in mind that all of the following would be achieved by using the coercive levers of the state.

As I said, this is only a partial list.  There are dozens of additional suggestions for further interventions.  Bob Murphy was not exaggerating one bit when he wrote that the global warming hysterics “want every tool at their disposal”, every governmental tool, that is, to control “every aspect of our lives.”  They make the Soviet totalitarians look like rank amateurs by comparison.