The Difference Between An Obama Judge And A Trump Judge

The last few days have seen President Trump escalate his tirade against judicial bias in America’s higher courts following his initial comments responding to yet another liberal California judge earlier this week blocked one of President Trump’s policies – this time a new asylum rule that would have required applicants to arrive at a designated port of entry (a lot to ask, I know) – the understandably frustrated president lashed out at liberal courts in general.

“I think it’s a disgrace when every case gets filed in the 9th Circuit,” said Trump.

“That’s not law, that’s not what this country stands for. Every case that gets filed in the 9th Circuit, we get beaten and then we end up having to go to the Supreme Court, like the travel ban, and we won.”

“We do not have Obama judges or Trump judges, Bush judges or Clinton judges,” he said in a statement.

“What we have is an extraordinary group of dedicated judges doing their level best to do equal right to those appearing before them. That independent judiciary is something we should all be thankful for.”

Which sparked a whole new spat:

Sorry Chief Justice John Roberts, but you do indeed have “Obama judges,” and they have a much different point of view than the people who are charged with the safety of our country. It would be great if the 9th Circuit was indeed an “independent judiciary,” but if it is why……

…..are so many opposing view (on Border and Safety) cases filed there, and why are a vast number of those cases overturned. Please study the numbers, they are shocking. We need protection and security – these rulings are making our country unsafe! Very dangerous and unwise!

Justice Roberts can say what he wants, but the 9th Circuit is a complete & total disaster. It is out of control, has a horrible reputation, is overturned more than any Circuit in the Country, 79%, & is used to get an almost guaranteed result. Judges must not Legislate Security…

….and Safety at the Border, or anywhere else. They know nothing about it and are making our Country unsafe. Our great Law Enforcement professionals MUST BE ALLOWED TO DO THEIR JOB! If not there will be only bedlam, chaos, injury and death. We want the Constitution as written!

But, as law professor Scott Douglas Gerber writes for The Daily Caller, Chief Justice John Roberts’ rebuke of President Trump for criticizing a federal judge who issued a temporary restraining order blocking the administration from barring migrants who enter the U.S. illegally from seeking asylum isn’t the first time that Roberts has tried to suggest that judges aren’t political.

The most famous prior occasion was when Roberts told the Senate Judiciary Committee during his 2005 confirmation hearing:

“Judges are like umpires … whose job is to call balls and strikes and not to pitch or bat.” He also said that “umpires don’t make the rules; they apply them.”

They shouldn’t take his most recent attempt at myth-making seriously, either. After all, if there wasn’t a difference between “Obama judges” and federal judges appointed by Republican presidents, President Trump’s opponents wouldn’t be moving heaven and earth to try to stop him from appointing conservatives to the federal courts. Surely, the chief justice can’t already have forgotten the trials to which Brett Kavanaugh was subjected.

Two additional points are also worth noting. First, President Trump isn’t the only president, or future president, who has criticized a federal judge for making a political decision. Second, Chief Justice Roberts himself wrote one of the most political opinions in Supreme Court history.

The most significant example of a president or future president criticizing a ruling issued by a federal court is almost certainly Abraham Lincoln’s response to the 1857 decision in which the Supreme Court ruled that African Americans could not be citizens of the United States and could not sue in federal court, as Dred Scott, a Missouri slave, had done to gain his freedom after living briefly in Illinois and Wisconsin. Lincoln publicly condemned the decision, stating that blacks were entitled to the same freedom as whites. Lincoln was obviously correct in his criticism of the Court’s racist politics in the Dred Scott case and the nation became a better place because he criticized the court. 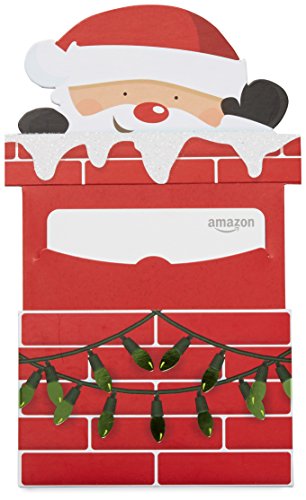 With respect to Roberts himself, in 2012 the chief justice joined with the four liberals on the Court to uphold Obamacare, and he invented out of whole cloth a new definition of taxation that contravened long-standing precedent to do so. As both the law’s opponents and the court’s dissenters pointed out, the so-called individual mandate that required most Americans to have a basic level of health insurance coverage or pay a fine was labeled a “penalty,” not a tax, in the statute; it was designed to encourage people to buy health insurance, not to raise revenue; and President Obama himself had rejected claims that the law was a tax when it was being considered by Congress.

But the chief justice did what he did for a political reason: he had made the calculation that he did not want a conservative Supreme Court being seen as having overturned, presumably on political grounds, the signature legislation of the Obama administration. (Congress reduced the individual mandate penalty to $0 effective in 2019 as part of tax reform legislation passed last December.)

In short, all President Trump did was state the obvious: it matters who the judges are. Indeed, the first question that every litigator asks is, who is the judge? President Trump isn’t a lawyer, but he was elected president of the United States in large part because he made it clear to the American people that he knows that it matters who gets to nominate the judges. “Obama judges” are different from “Trump judges,” and judges nominated by Hillary Clinton would have been different from Trump judges too.

Lies About American History The Christian Challenge to Empire