The Art of the Lie

The lost decade of the sixties brought relativism up to a whole new level, as millions of young people were relieved to discover that lying is a perfectly acceptable alternative to truth telling.  The tone was set by Presidents John F. Kennedy and Lyndon Johnson, along with underlings like Robert McNamara, Henry Cabot Lodge, and Dean Rusk, all of whom repeatedly lied about the costly, spreading war in Southeast Asia.

Of course, no one went to jail … or was even indicted … or impeached.  After all, what’s the big deal about lying, even if it destroys untold numbers of lives and families — both in the United States and on the other side of the globe?

Then, along came Richard Nixon in 1968, who dutifully carried on the subterfuges surrounding the Vietnam War.  At one point, he even told the American public, without blinking an eye, that he was going to bomb Cambodia “to shorten the war.”  (That must have been when he earned the moniker “Tricky Dick.”)

Unfortunately for Nixon, he stayed around a bit too long, and when he naively put his trust in a sniveling little nerd named John Dean, it was the beginning of the end for him.  Republicans, of course, once again proved that they’re always ready to eat their own by giving full support to their Democratic soulmates, thus forcing Tricky to resign.  No doubt Jeff Flake has fantasies about how exhilarating it would have been had he been involved in going after Nixon.

Today, of course, high-level politicians don’t resign when they’re caught lying, because they realize they can get away with it.  They are well aware that their counterparts in both parties, with just a handful of exceptions, aren’t about to do anything to weaken the power structure that has made it possible for them to commit crimes without having to worry about punishment.

It wasn’t surprising, then, that two decades later Bubba got away with wagging his finger at the American public and chastising those who didn’t believe him by saying that he “did not have sexual relations with that woman, Ms. Lewinsky.”  Understandably feeling an abundance of confidence, he then outdid himself when he answered a perfectly clear question on national television with a Saturday Night Live-type one liner, “It depends upon what the meaning of the word is is.”

He then poked his finger in the public’s eye by adamantly stating that he intended to serve in his capacity as president until the last minute of the last day of his last term.  And, by golly, he did just that.  (Poor Nixon, he didn’t realize that a president could pull that off or he might have tried it himself.)

Above all, who says you can’t dole out favors to America’s enemies in exchange for huge payoffs and lucrative speaking fees?  Or pay millions to the Russians to sabotage your opponent’s presidential campaign?

With all this as a backdrop, it’s little wonder that poll after poll has shown that roughly two-thirds of U.S. students cheat and don’t see anything wrong with it.  And with thug athletes and Hollywood celebrities as their role models, don’t look for that to change anytime soon.

Which brings me to politicians, who are, hands down, the most prolific liars on the planet.  They foist their lies upon us on a daily basis, and now that the Dirty Dems have recaptured the House, the lies we’ve heard over the past two years are sure to be multiplied many times over.

A handful of examples include:

But it’s not just politicians who lie.  Professional liars are everywhere — in the business world, in religious institutions, in sports, in the film industry … literally everywhere.  The sad fact is that lying has become a national pastime.  We are now the Land of the Lie and the Home of the Liar. 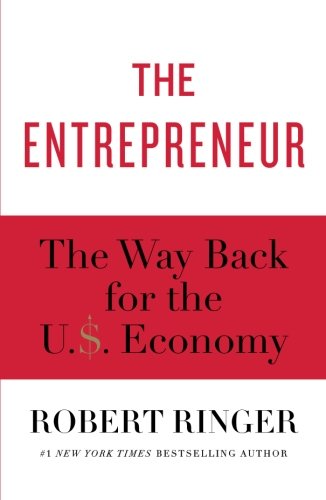 One of the biggest secrets of professional liars is their uncanny ability to tell the biggest whoppers imaginable without displaying so much as a smirk.  Further, they tend to be masters at feigning indignation whenever they’re caught in a lie.

The reason professional liars can be so convincing is that in many cases — perhaps a majority of cases — they have devolved to a point where they actually believetheir own lies.  From whence comes their self-delusion of moral superiority.

So, how do honest people survive in the Land of the Lie and the Home of the Liar?  By fighting lies with more lies?  I don’t think so.  It’s not so much that two wrongs don’t make a right.  It’s just that if you aren’t a natural-born liar, you won’t get away with it.  You will be caught, while professional liars get off scot free.

That being the case, I believe one of the great challenges to achieving a happy life is finding an efficient way to deal with the endless stream of lies that surround us each day.  Whether the lies be from politicians or people with whom you come in direct contact, my personal solution is to simply ignore everything that comes out of the mouths of liars.  I’m not saying it’s easy, but with a bit of self-discipline, I know from firsthand experience that it works.

On the other side of the coin, you should always keep in mind that it’s just as important for you to have the courage to speak the truth when all about you are lying their heads off (aka “group lying” or just plain groupthink).  This isn’t just a moral choice.  It’s also a rationally selfish choice, because what it gives you is a clear mind coupled with dignity, two commodities that professional liars can never hope to acquire.