Criticized for his break with traditional interpretive style, Toscanini is reputed to have observed that tradition is the last bad performance.

Such issues may seem arcane nowadays, especially given society’s quickly-evolving slave-like sensibilities. It is nearly comical to realize that, mere decades ago, the average American farm boy would have most likely identified Arturo Toscanini. Just imagine, yesteryear’s mainstream media scheduling symphonic concerts for a mainstream audience – in primetime. Beethoven as entertainment. This is scarcely conceivable in today’s largely blighted media landscape. But…that’s another story.

Perhaps no classical performance medium brings issues of tradition into sharper focus than the solo piano recital. Supposedly invented by Franz Liszt as a vehicle for his showmanship (and interpretive genius), the lone piano sitting on stage suggests a host of both terrors and glories. Certainly among the glories is Ivo Pogorelich. And his 60th birthday year (October 20, 1958) should be reason for all of us to celebrate.

Passing judgment upon an artist is a perilous and presumptuous endeavor, at best. Nonetheless, here goes: Ivo Pogorelich is the most important classical pianist since World War II, and arguably, since Liszt. 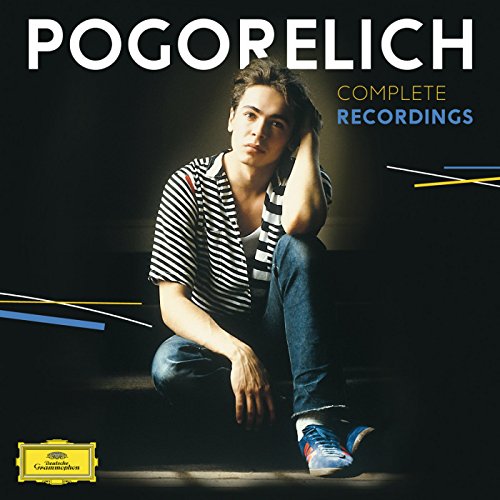 A graduate of the Moscow Conservatory, Pogorelich hit the headlines in 1980 when, during the Chopin competition in Warsaw, he suffered elimination, prompting famed pianist Martha Argerich to resign from the jury in protest. A recording contract with the prestigious Deutsche Grammophon label quickly followed. From that moment on, the world was his oyster. And his striking, movie star good looks, with a hairstyle reminiscent of Paderewski, didn’t exactly hurt.

From the beginning, Pogorelich has been an object of critical controversy. In fact, for many, he was anti-traditionalist with a vengeance. Too willful. Too eccentric. Too “difficult”. In more recent years, some critics accuse Pogorelich, whose playing is now often radically slower and more meditative, of having lost his way entirely. Lisztian firebrand to Buddhist monk. Perhaps, instead, some are simply incapable of following Pogorelich’s evolutionary path, which is one of hyper-romanticism, melded with a unique modernist, revolutionary verve. In any event, something new in the annals of piano performance has been born. It’s as if Pogorelich is conducting a profound emotion experiment, in preparation for a post-nuclear age.

And his technique? About this, there is little disagreement. Simply, it is transcendent, combining the sleek perfection of Arturo Benedetti Michelangeli with the crystalline evenness and power of Maurizio Pollini. It may be heresy, but not even Horowitz, or Rachmaninoff himself, achieved such technical heights.

And the proof of all this? Just follow the music.

Pogorelich is at or near the top with every composer he tackles, from Scarlatti to Stravinsky. Just check-out the complete Pogorelich recordings for Deutsche Grammophon.

Start with the complete Chopin Preludes (Liszt’s favorite music of his friend, Chopin). Stunningly played. Astonishingly original. One of the great piano recordings. Or Pogorelich’s selection of Scarlatti sonatas, which are the personification of energy and nobility. Or how about one of the most formidable pieces in the piano literature – Ravel’s mysterious Gaspard de la Nuit? Here, even the grand Michelangeli takes a backseat to Ivo. The bottom line? Explore these discs and be amazed.

And then, there’s Ivo Pogorelich live. Although his appearances in the US have been rare in the last two decades, he still tours in Europe and the Far East. At a recent concert in Munich, Pogorelich’s abandonment of “tradition” was on full display: Mozart with tinges of Scriabin; a Beethoven Appassionata in search of Rachmaninoff; and a Ravel La Valse that conjured the explosiveness and terror of the Great War. Overall, a fascinating look into Pogorelich’s transformative visions. So, if you can catch him live, do so. You’ll be seeing performance history in action.

When the trees move, it makes the wind blow.

The Best of James N. Herndon

Dr. James N. Herndon [send him mail] is a media psychologist. He specializes in naturalistic research and media design for the worlds of politics and entertainment.

The Death of Peace and SecurityVitamin D vs. Flu Shots