Is J.C. Penney the Next Sears?

Sears’ bankruptcy came as no surprise to me (see my article to this end). Due to reckless stock buybacks, Sears’ management depleted cash, working capital, and equity to the point where Sears did not have adequate capital to reinvent itself to compete in the hyper-competitive retail sales marketplace. When analyzing a publicly traded company’s financial statement, I do so heeding the wisdom of Benjamin Graham and David L. Dodd as expressed in their classic book Security Analysis. A key concept, to be found in this book, pertains to “margin of safety:”

…in the selection of primary or leading common stocks for conventional investment, such a margin between value and price has not typically been present. In these instances the margin of safety is contributed to by such qualitative factors as the firm’s dominant position in its industry and product markets and expected growth in earnings. Thus in valuing common stocks, the analyst will need to consider carefully qualitative factors as well as quantitative. Other factors that contribute to a margin of safety include assets carried in land and property accounts at amounts substantially below their current market value (e.g., timberland or mineral reserves) and cash flows that provide a degree of financial flexibility and therefore allow a business to withstand adversity, to add to or change product lines, and to take other action that will improve the competitive position of the company. (pg. 129, Fifth Edition)

When taken too far, stock buybacks can deplete a company’s balance sheet to the point where there is no margin of safety to adapt to adverse changes in the economy, to changes in the competitive landscape, and to changes in consumer tastes. Having analyzed J.C. Penney’s financial statements, going back to 2001, I see them on the same path that took Sears into bankruptcy. 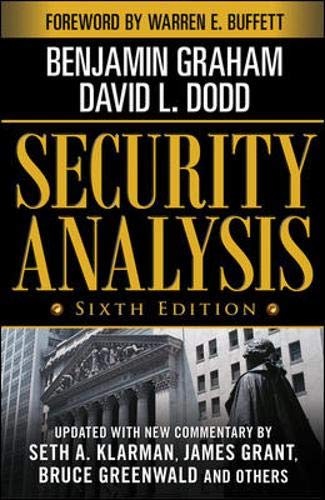 As a quick aside, it was during the seven years, of 2005 through 2011, where Sears’ management strip-mined the company’s balance sheet via stock buybacks. Over this period, stock buybacks amounted to $6.011 billion. Fast forward to Sears’ bankruptcy filing where this retailer listed $6.9 billion in assets and $11.3 billion in liabilities; which is a deficit equity position of $4.4 billion. Wouldn’t Sears’ management love to have that $6.011 billion of cash back? I think so.

Just like Sears, J.C. Penney’s management strip-mined this retailer’s balance sheet via stock buybacks. Over the five fiscal years of 2004, 2005, 2006, 2007, and 2011, stock buybacks amounted to $6.203 billion. This means that cash outlays, for stock buybacks, were nearly 7.7 times higher than J.C. Penney’s total net income over the past 17 years. Any margin-of-safety considerations in the picture here?

For the aforementioned period, J.C. Penney’s corporate net worth hit its high-water mark in 2002. At fiscal year-end 2002, Penney’s net worth was $6.37 billion. Moreover, cash stood at $2.474 billion, working capital was $3.195 billion, and the total-liabilities-to-equity ratio was acceptable at 1.8 to 1 (I consider anything above 3 to 1 to be uncomfortably high). Once upon a time, this retailer was in good financial shape.

Jumping forward to August 4, 2018, J.C. Penney continues to have a rough go of it. Through the first six months, of fiscal-year 2018, this retailer lost $179 million on $5.5 billion of sales. Penney’s balance sheet looks emaciated with cash at a paltry $182 million, working capital at $1.243 billion, net worth at $1.216 billion and a total-liabilities-to-equity ratio of 5.6 to 1 (which is alarmingly high leverage). Not a pretty picture.

If J.C. Penney was able to take back the $6.203 billion it squandered on stock buybacks, its balance sheet would be rock solid. Well, so much for sound financial management. 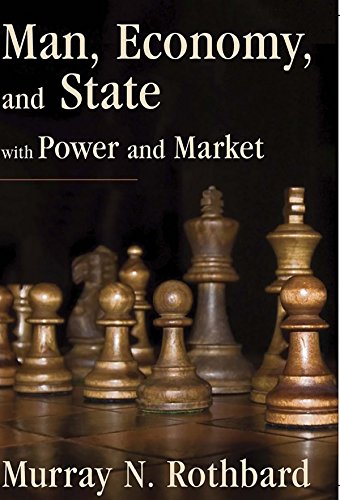 Unlike the perfect-knowledge assumption commonly used in mathematical economics, those familiar with Austrian economics understand the future is uncertain; after all, this is common sense. Accordingly, let’s bring in the wisdom of Austrian economist Murray Rothbard as conveyed in his magnum opus Man, Economy, & State:

Indeed, any actor, when employing means, estimates that he will thus arrive at his desired goal. But he never has certain knowledge of the future. All his actions are of necessity speculations based on his judgment of the course of future events. The omnipresence of uncertainty introduces the ever-present possibility of error in human action. The actor may find, after he has completed his action, that the means have been inappropriate to the attainment of his end. (pg. 7, Scholar’s Edition)

A key claim, in support of stock buybacks, is that they enhance shareholder value. So let’s go back to the go-go days of 2007 when both Sears and J.C. Penney engaged in significant share buybacks. In April of 2007, both Sears’ and J.C. Penney’s shares looked richly valued; with Sears clocking in at $145.67/share and J.C. Penney priced at $81.82/share (both prices are as of April 17, 2007). Today, Sears’ common stock is priced at 37 cents/share and Penney’s stock is $1.45/share. Share buybacks, ultimately, have proven to be devastating for both Sears’ and J.C. Penney’s balance sheets. Gross financial-management errors, to be sure, were made by the managements of both retailers; thus resulting in the destruction—instead of the enhancement—of shareholder value.

With the future being uncertain, sound balance sheet management matters. Cash is king and is a key component in a company’s margin of safety. With J.C. Penney having spent over $6 billion for stock buybacks, and continuously hemorrhaging red ink, very little stands between it and insolvency. When management treats cash like trash, the results can be ugly for the company and its shareholders. J.C. Penney certainly appears to have followed Sears’ stock-buyback formula for failure and bankruptcy. I believe it is only a matter of time.

How To Wean Off Opioids Jordan Peterson and His Enemies