What if We Listened to the Southern Founders?

Mel Bradford’s outstanding tome A Better Guide Than Reason lifted that phrase from a speech John Dickinson made during the Philadelphia Convention in 1787. Dickinson worried that the delegates to what we now call the “Constitutional Convention” were insistent on crafting a document that would reinvent the government of the United States, something James Madison proposed with his now famous “Virginia Plan.” Dickinson cautioned against this course of action. He thought any new constitution should not be the best document the delegates to the Convention could imagine, but should instead be the best document that the States would accept, meaning one that relied on the customary and familiar traditions of the American experience. These were the time tested maxims of government, society, and law.

This August 1787 speech, more than Alexander Hamilton’s troubling exposition in June 1787 on the potential beauty of a soft monarchy, set the tone for the rest of the Convention. Other members of the founding generation echoed Dickinson, both during the Convention and in the State ratification debates, but Dickinson said it best.

Unfortunately, no one continues to listen to either Dickinson, or more importantly, the other “friends of the Constitution” who insisted on adhering to the document as it was ratified in 1788. That Constitution, not the one the so called “anti-federalists” warned against, is the one we should follow today. 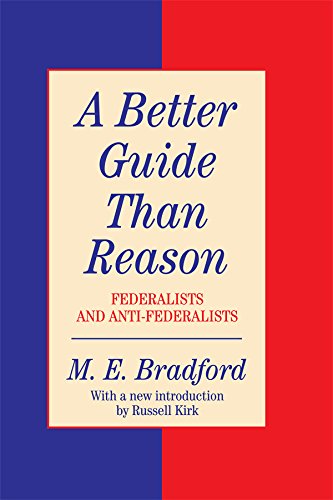 Certainly, men like George Mason and Patrick Henry have been proven correct in their description of what would happen should the States ratify the Constitution, but this is no badge of honor. They were publicly informed throughout the months during the ratification process that their fears were unfounded, that the government under the Constitution would never abuse its authority, and that the people of the States had nothing to fear from this “more perfect Union.” This would be true if we listened to these now forgotten “friends of the Constitution,” many of whom were prominent Southerners. It is certainly more fun to hold up Mason or Henry and say, “See, they told you so,” but it is more productive to read the statements of the proponents of the document when engaging in debates about the meaning and nature of the Constitution.

Don’t be Joseph Story. It was Story, after all, who famously told us that the Constitution means what the opponents like Henry said it would mean. If anyone had believed that in 1788, the Constitution would never have been ratified.

So who were these Southern “friends of the Constitution?” In addition to the well known Madison, two later served on the United States Supreme Court, James Iredell and John Rutledge, and one helped found the University of North Carolina, William Richardson Davie. Even John Marshall argued that the Constitution did not have the judiciary powers he assumed as Chief Justice less than twenty years later.

The ‘Safest Car Ever Built’? US Openly Threatens Russia With War