The CIA Owns the US and European Media

William Blum shares with us his correspondence with Washington Post presstitute Michael Birnbaum. As you can tell from Birnbaum’s replies, he comes across as either very stupid or as a CIA asset.

When I received my briefing as staff associate, House Defense Appropriations Subcommittee, which required top secret clearance, I was told by senior members of the staff that the Washington Post was a CIA asset. Watching the Washington Post’s takedown of President Richard Nixon with the orchestrated Watergate story, that became obvious. President Nixon had made too many overtures to the Soviets and too many arms limitations agreements, and he opened to China. Watching President Nixon’s peace initiatives water down the threat level from the Soviet Union and Maoist China, the military/security complex saw a threat to its budget and power and decided that Nixon had to go. The assassination of President John F. Kennedy had resulted in far too much skepticism about the Warren Commission Report, so the CIA decided to use the Washington Post to get rid of Nixon. To keep the clueless American left hating Nixon, the CIA used its assets in the leftwing to keep Nixon blamed for the Vietnam war, a war that Nixon inherited and did not want.

The CIA knew that Nixon’s problem was that he could not exit the war without losing his conservative base, which was convinced of the nonsensical “Domino Theory.” I have always wondered if the CIA concocted the “Domino Theory,” as it so well served them. Unable to get rid of the war “with honor,” Nixon was driven to brutal methods to force the North Vietnamese to accept a situation that he could depart without defeat and soiling America’s “honor” and losing his conservative support base. The North Vietnamese wouldn’t bend, but the US Congress did, and so the CIA succeeded in discrediting among both the leftwing and righwing Nixon’s war management. With no one to defend him, Nixon was an easy target for the CIA.

Here is Blum’s exchange with Birnbaum. It is possible that Birnbaum is neither stupid nor a CIA asset, but just a person wanting to hold on to a job. The last thing he can afford to do is to disabuse readers of the “Russian Threat” when Bezos’ Amazon and Washington Post properties are dependent on the CIA’s annual subsidy of $600 million disquised as a “contract.” 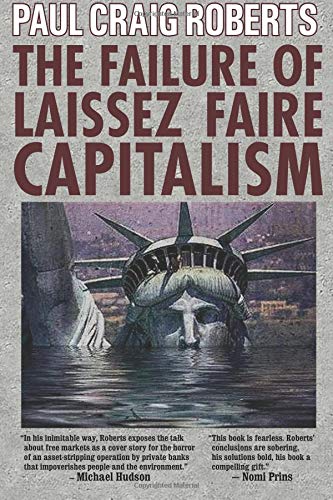 We Are All Lab RatsGenders as Social Constructs