During a recent gay pride parade in Philly, a transgender woman was arrested for attempting to burn a Blue Lives Matter flag. The charges against ReeAnna Segin were arson, causing/risking a catastrophe and other misdemeanors. After Segin was released, however, her case smoldered on, for he/she claimed that his/her human rights and dignity were violated since he/she was locked up for four hours with male inmates, that is, with other humans cursed or gifted with a penis.

Having a dick, though, no longer means that one is male in the Disunited States of Whatever. Segin’s beef was amplified by all the Philly news outlets. In front of television crews, Segin demanded that cops be banned at future Pride Parades, “We can protect ourselves from police and violent organizations on our own. We need to create a world where our trans family is safe.”

I was sitting in Friendly Lounge, exercising my liver, as usual, when my friend Lisa expressed outrage at the police’s treatment of ReeAnna Segin, to which I replied, “If this person has a penis, but is locked up with a woman, how would his or her cellmate feel? I mean, there is no privacy in a jail! Should we start building prisons for transgenders?”

Until we achieve this prison-industrial complex nirvana, binary jails must suffice, so should Kaitlin Jenner be booked, he/she will be stripped, like everybody else, then subjected to a manual cavity search or forced to sit on a Body Orifice Security Scanner. Naked, Jenner will simply be male or female, according to the usual definition.

With its infinity of facts and unarrestable processes, one’s own body is one’s most exhaustive and exacting teacher, on just about everything, and like everybody else, I’m not exactly comfortable with my body’s uncompromising and often cruel pointers, lessons and allegories, but such is life. Daily, I bow to my first and last sensei.

At Pennsport Pub, Philly’s last old school go-go joint, the dancers are quite at ease with being naked, but they’re still composing themselves, thus still cultured. Standing on the bar, statuesque Kitty jiggled her ample ass in front of my buddy, Felix.

“I’m fine as long as you don’t fart in my face!” the never censored 71-year-old cheerfully replied.

When I was a housepainter many moons ago, a co-worker joked, “Why do women wear makeup and perfume?”

“It’s because they’re ugly and they stink!”

In that case, then, we’re all women, for we’re all trying to mask our fug ugliness and funk with all sorts of barely convincing cosmetics or scents, be it an expensive suit, much learning, bravado or this syntactically showy sentence, so carving ourselves up to become a new person certainly belongs to this desperate strategy. 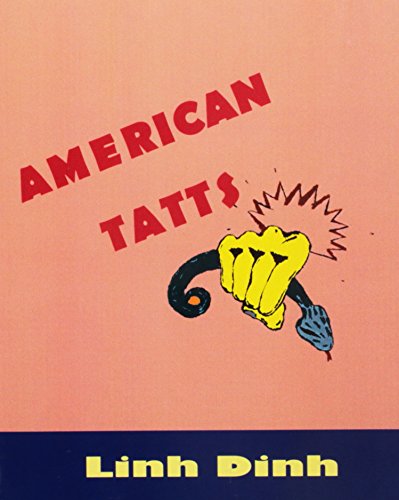 In East Asia, too many have deformed themselves to appear whiter, but even with blonde hair, rounder eyes and a higher nose bridge, an oriental remains his or her birth self, just as a man wearing a dress is just some guy in drag. (Meaning merely Easterner, “oriental” is much more exact than “Asian,” so should never have been displaced.) Though it may be a drag, you are, exactly, your biology.

Like most people, I couldn’t care less what kinds of convictions or fantasies you have about what’s between your legs, for you’re free to add, subtract or transmogrify to your heart’s content, it’s none of my business, but subjectivity can only go so far. Though I can claim to be Serena Williams, I shouldn’t be surprised if the world doesn’t quite agree.

The new dogma that you can define your own sex is one of the surest signs that America, and much of the West, has gone mad. I write this while sitting in a Saigon eatery. Although there have always been Vietnamese cross-dressers, people here still equate being female with having a uterus, and not just a dress and makeup.

At a death anniversary last week, I found myself feasting at a table with just men, while all the women chattered, joked and laughed away in the kitchen, where they had prepared all the food, but then Vietnamese men have other duties, not least of all the ghastly task of war. There’s a proverb, though, “With the enemy at the house, women must fight.”

If a woman felt like boozing with us, she was absolutely free to do so, and one did join us for a toast of beer. While it’s wrong to codify or criminalize the differences between men and women, it’s perverse to see them as inherently harmful, to be overcome.

Vietnamese don’t “raise boys and girls the same way,” according to the Western progressive dictate, and they’re not striving for a postgender society, where cultural, biological, psychological and social roles of gender are finally banished, as if that’s possible. In the postgender utopia, anyone can be pregnant and father a child, although “father,” that bloody, stinking and oppressively patriarchal word, should already be flushed from the lexicon.

Now in America, a single person can assume the plural pronoun, “they,” or be called “ze” or “xe,” because merely “he” or “she” may be inappropriate or hurtful.

The term “transsexualism” was coined by Magnus Hirschfeld, the founder of Berlin’s Institut für Sexualwissenschaft, whose lifespan coincided with that of the Weimar Republic. Hirschfeld categorized 64 genders, so it’s really déjà vu all over again.

A sexual decadence ground zero, Berlin gave the world Anita Berber, Otto Dix, Max Beckmann, Kurt Weill and Bertolt Brecht, then came Hitler. Since America is convulsing through its own Weimar, which of its artists, writers, composers or dancers will be remembered? Maybe nobody. Thoroughly philistine, this listing ship can’t produce one memorable minstrel. Perhaps Drake is America’s poet laureate, “Got no sense like jizzle and shh / Big and bad like leader and shh.” Whatever, but who are pushing this shit?

American child, you won’t be taught how to be a boy or girl, for those are harmful, reactionary concepts, and your national borders will mean nothing, for no person is illegal, and race is but a chimera dreamt up by racist minds, although collectively, you will either be guilty as all hell, or never culpable, as determined strictly by your race.

As Stalin said, “Education is a weapon,” and there is a concerted effort by the state, media and academy to neuter the American mind.

By besieging, indicting and belittling traditional masculinity, America’s rulers aim to enfeeble and neutralize half of its citizens, while enraging the other half into a propensity for cartoonish violence, resulting in a society of sheep and mindless soldiers.

With its twin cocks publicly castrated and its founding principles hacked off, the US itself has become a shrieking, floundering void, thrashing in a homemade stew of incoherencies. Transitioning, Uncle Sam stumbles towards irrelevance. Again, who are pushing this shit?