Springtime for Snowflakes: ‘Social Justice’ and Its Postmodern Parentage by Michael Rectenwald is an eclectic book that merges a personal academic memoir, a lucid outline of the worldviews behind the rise of “political correctness” and “social justice warriors,” and an edifying and often hilarious assembly of Twitter tweets and Facebook posts.

Understand that this book is first and foremost a memoir, not a political or philosophical treatise. It’s about Professor Rectenwald’s personal journey to where he is today in the realm of ideas and politics. Like any good story, it’s a book filled with crises that demand resolutions.

The most famous being the raison d’être of the book: his decision to create the anonymous @antipcnyuprof Twitter account to playfully taunt what he saw as SJW ideology gone amuck at college campuses, including but not limited to his own New York University. Yet that was only the beginning.

After he finally revealed his identity through an interview in his school’s student newspaper, an open letter appeared, written by members of the Liberal Studies Diversity, Equity and Inclusion Working Group, denouncing him as being, in their words, “guilty in the content and structure of his thinking” (p 24). Supposedly to help his “mental health,” soon he was pressured to take paid leave for a semester. His return, unfortunately, was met with a near universal shunning and a subsequent avalanche of verbal abuses and libels in an e-mail group from his colleagues.

In Springtime for Snowflakes, Rectenwald refreshingly provides honest self-reflection. His intellectual journey begins not from a conservative or classically liberal perspective, but from a radically “left-wing” or Marxist perspective. His excellent writing skills are apparent, and they existed at a young age.

Much to his father’s reluctance, Rectenwald pursued poetry as a young man. He even took up an apprenticeship with Allen Ginsberg. Later, for a number of years, he would work in advertising. However he became disillusioned and alienated. So he decided to reenter academia for a Ph.D. in literature. That’s where he would become fully indoctrinated in the ideological wellspring of today’s SJW culture.

Though prior to returning to school, he already encountered Herbert Marcuse’s One Dimensional Man. Perhaps appealing to Rectenwald’s individualistic spirit, Marcuse would argue that capitalism fosters a mass or homogenous culture with rigid utilitarian calculations that crushes individuality. Rectenwald’s studies at school would only inculcate such ideas to a greater extent.

Instead of a “traditional” study of Chaucer, Milton, or Shakespeare, his graduate studies focused on “Cultural Studies.” That is, in part, on sociological and ideological underpinnings of texts. Here scholars “admittedly projected their contemporary pet obsessions onto literary texts in deliberate and sometimes ludicrous ways” (84). Literature would be studied through narrow ideological lenses.

Naturally, Marxism was one lens. Rectenwald would encounter scholars including Gyorgy Lukacs. He had a theory of “proletarian standpoint epistemology.” As Rectenwald explains it, the proletarian class has special access to knowledge that others simply don’t. If this rings a bell for you, it should, as it does for our author in retrospection.

In the context of today’s “Identity Politics,” this theory has just been further relativized to different identity groups but without the “pretense to [any] objective truth” (75). “Reason” becomes a white male construction based on the need to maintain power. And the thinking behind a particular identity of a person in a minority group becomes inaccessible to a white male. Fragmentation is the rule, not the exception. Struggles between different groups thereby becomes inevitable in Identity Politics. As Rectenwald started to recognize, “Identity politics serves to reinforce and ‘reify’ … identity categories – to solidify the very categorizations that are considered sources of oppression” (73). He has come to refer to Identity Politics as “epistemological solipsism,” as people become “locked in” particular identities (74).

In addition to Marxism, his studies included postmodern theory. Here he would find that its “enemy is any totalizing worldview or belief system, including … Marxism” (56). Here all narratives are said to be inexistent. Fragmentation, without any mega-narratives, categorically becomes a good thing, and a tool for political liberation. As he sees it, SJW activism is “practical postmodernism” “by hyper personalizing the political” (116). Furthermore, postmodernism radically relativizes thought and language, “breaking … the link between the signifier and its referent” (55). With this break between the external world filled with objects to objectively discover, the subjectivity of the mind rules. Things become culturally and socially constructed.

Indeed, our author seems to have first recognized a seed of cognitive dissonance when he saw how postmodern theory was expanding to more disciplines, based on the idea that, in Jacques Derrida’s words, “there is no outside of text” (54). As Rectenwald writes, 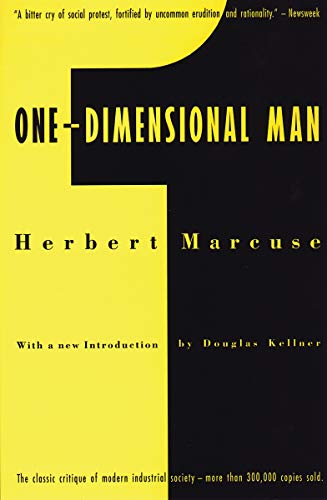 I worried that the New Economic Criticism [applying postmodernism to economics] represented yet another means by which postmodern theory would infiltrate discipline after discipline, and, like a virus, replicate itself using the DNA of its hosts. I, for one, had long been infected. (64)

It’s this anti-realist and social-linguistic constructionist account of reality, Rectenwald later realized, that would become the basis to contemporary “Transgender Theory.” Since if sex differences have no objective physical reality, it’s open-ended to subjective beliefs. There is nothing holding you back from claiming to be one sex at noon and another sex at evening. Your own words shape reality.

Eventually Rectenwald, having obtained his Ph.D., would find refuge in studying the history of science and its relationship with religion. In fact, he would publish a book (among others), Nineteenth-Century British Secularism. Still, his life was not uneventful or conflict free. His very obsession with obtaining his Ph.D. put a strain on his marriage. Later conflicts would include his opposition to an unqualified candidate hired as an English writing professor. Her only “qualification” being her sex and skin color. Hence even before the Twitter account was a tension building between him and the “diversity” crowd.

Through all of this, however, we must come full circle in our review. This is anything but a dry academic book. If anything pushed our author to reconsider his “leftist” worldview, primary thanks must be given to the SJW crowd. Seeing the authoritarian face of contemporary “leftism,” he explains, forced him to take a second look. Not only with regard to the “PC” culture, which he already had significant doubts about as a Marxist, but with respect to socialism more specifically. As he reports, finding Ludwig von Mises’s “calculation problem” disabused him of a planned economy’s sustainability. Despite the pretenses of a “liberated” individual under socialism, it’s necessarily authoritarian as it monopolizes society.

Open debate in a university today is a rare thing. Arguments from competing worldviews don’t usually stand side-by-side to be analyzed. In the university echo-chamber, scholars often go down intellectual rabbit holes. They invest their energies into dead-end ideologies. An escape doesn’t usually happen without a crisis developing. For intellectuals, just like ordinary folks, much of life is fortuitous. I think, to some extent, that’s true for Professor Michael Rectenwald. His obvious intelligence took him down paths that lead to madness, but he did finally escape. This book shows that journey, and it does it with insights and good humor through his extended essay, in addition to the enjoyable excerpted tweets and Facebook postings that he has authored. Let’s hope his courage will persevere and springtime will arrive.

Before this review is closed, please allow me a few critical and extra notes.

First: While it’s a straightforward read, it does assume the reader knows something about what’s happening in the “PC” culture. For example, the Evergreen State College controversy is mentioned but never described.

Second: A few of the book’s printed pictures are difficult to see (for me anyhow).

Third: Contrary to the author, “logical positivism” perhaps doesn’t resort to induction (p 80). Agreeing with David Hume’s critique of induction, they instead think the empirical sciences should only claim, without resorting to inductive inferences, a hypothesis that can potentially be falsified with contrary evidence. 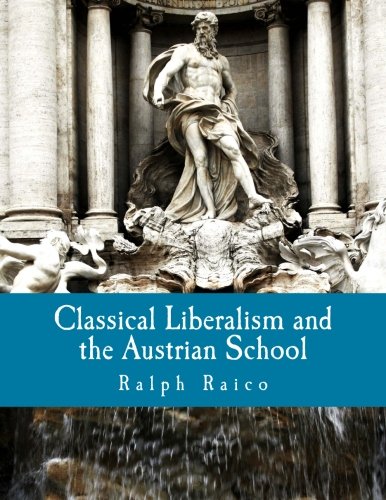 See slide # 23 of David Gordon’s Mises Academy induction lecture. Additionally, Karl Popper’s positivism can be criticized as too skeptical. For example, see chapter seven of The Killing of History by Keith Windschuttle, which happens to be an anti-postmodern book. Dr. Gordon would call Popper’s position a “fear of knowledge.” As some philosophers claim, philosophy and metaphysics always buries its undertakers. We can add praxeology to that, too.

Fourth: It’s perfectly fine to compare, as Springtime for Snowflakes does, SJW ideology to religion (p 118); however, this comparison can be pushed too far and be argued against. For one thing, SJW ideology is far more irrational than Christianity, and there are Christians who would argue that there’s a rationality behind their religion that is not based on “blind” faith as a mere subjective feeling.

William Vallicella argues, correctly I think, that “leftism” is not a religion strictly speaking. His argument can be extended to SJWism.

This general line of argumentation can be expanded. In fact, “class analysis” had its outset in classical liberalism, not Marxism, as Classical Liberalism and the Austrian School by Ralph Raico explains. Also, Hans-Hermann Hoppe makes a case that Marxism can be spun in an anarcho-capitalist direction in “Marxist and Austrian Class Analysis.”

George Wick [send him mail] is a student and freelancer in the Great American Southwest.