The Illustrious Life of Pliny the Elder, Ancient Historian and Roman Commander

Gaius Plinius Secundus, better known in history as Pliny the Elder, was an influential administrator, officer, and author during his life.  Although he was only fifty-six years old at the time of his death, he left behind a great legacy of political respect and appreciation, as well as a reputation for being one of the strongest ancient Roman historians whose work survives to this day.  Though he was not overly appreciated during his own lifetime, the writing of this privileged military general provides much knowledge of Roman life, science, and philosophy.

Born in Como, Italy into a powerful and elite equestrian family (akin to knights), Pliny the Elder lived from 23 or 24 AD until August 24, 79 AD, the exact date of the eruption of Mount Vesuvius in Pompeii, in which Pliny met his final end. He had no children of his own and never married, more absorbed with his work, his writings, and travels.

In 35 AD, he traveled to Rome at the ripe young age of ten to be given a proper Roman education. There, he was taught the art of rhetoric and public speaking, both invaluable skills for someone from his wealthy upbringing. His tutelage served him well as he worked under Publius Pomponius Secundus, a renowned tragic poet who first introduced Pliny to the art of literature. Throughout the rest of his life (while on the road, and in between careers) Pliny worked tirelessly on a variety of written works.

Between the years 45 and 47 AD, Pliny found himself in Gallia Belgica as a military officer of the Roman forces, and later as leader of the cavalry. With the Roman army he widely toured the provinces, moving from Germany to the Mediterranean and possibly even to the British Isles. He aided in the defeat of such tribes as the Frisians of the lowlands of modern Germany and the Chauci between the rivers of Ems and Elbe.  During that time, he wrote a treatise on the German technique of throwing a spear while riding a horse, presumably to teach the skill to the Romans. He also wrote possibly the first Roman biography about his teacher, and later a twenty-one volume work on the Germanic wars. 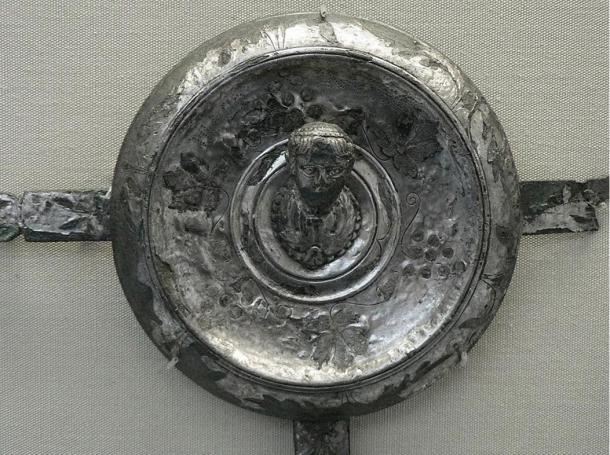 “Pliny the Elder’s phalera bears an inscription formed from punched dots: PLINIO PRAEF EQ; i.e., Plinio praefecto equitum, ‘Pliny prefect of cavalry’. It was perhaps issued to every man in Pliny’s unit. The figure is the bust of the emperor.” Circa 50 AD. Public Domain 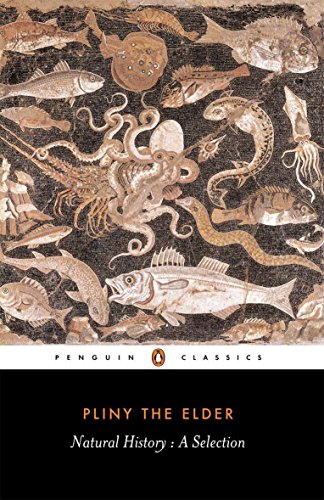 Within his written work, there is evidence that he was acquainted with numerous Roman emperors, both for better and for worse. Translations of his works reveals that he was one of the few who identified something amiss with Emperor Gaius Caligula (12–41 AD)—something he would later discover was true when Caligula went mad with lunacy and lust. Pliny was close to Emperor Claudius and is shown as not having spoken ill of Claudius’ strange wife, Messalina, however, Pliny had a very negative relationship with Claudius’ successor Nero. Nero was such a tyrant during his reign that Pliny purposely detached himself from the political situation to put a great deal of distance between his good name and the new emperor’s. It was a smart move on his part—both for the preservation of his life and name—as when Emperor Vespasian rose to power in 69 AD, Pliny found himself once again with a friend holding the reins of the Roman Empire.

Due to his relationship with both Vespasian and Vespasian’s son Titus (79-81 AD), Pliny found himself with a plethora of procuratorships at his disposal from the years 70 to 75. From Gallia Narbonensis, to Africa, to Hispania Terraconensis, to Gallia Belgica, Pliny oversaw many of the financial and administrative responsibilities of Vespasian’s provinces.

Around 77 AD, Pliny began the work for which he is best known: the Naturalis Historia. A thirty-seven chapter book written in ten volumes, this text utilized all of the experience Pliny went through during his travels and the knowledge of his youth to create a compilation of Roman life. The book dictated astronomy, geography, anthropology, zoology, botany, medicine, magic, and mineralogy, as well as a cornucopia of other topics. The information within has proven incredibly illuminating to both modern day historians, and to the Romans during their time.

The Long Captivity of Julian AssangeThey’re Drinking the Cities Dry