Ticks are widespread throughout the U.S., and while bites can be harmless they also hold the potential to transmit serious diseases. Lyme disease — which is caused by Borrelia burgdorferi bacteria spread through the bite of blacklegged ticks (also known as deer ticks) and western blacklegged ticks — is thought to affect more than 300,000 Americans annually.1 As you can view for yourself in the video above, ticks are stealthy creatures that have developed an elaborate system to feed off human blood.

Whereas other bloodsuckers like mosquitoes bite, suck quickly and leave, ticks’ goal is to stay embedded in your skin for days, and as such they have specially developed mouths just for this purpose. In addition to the needle-like hypostome, which is covered in backward-facing hooks, there are two rod-like chelicerae, which help to drive the hypostome into your skin.2 You can’t feel it when a tick bites you, nor when they feed.

Their salvia contains anesthetics for this purpose, along with anticoagulants and immune suppressors that facilitate the ticks’ feeding while also allowing the transmission of diseases like Lyme.

“On a human host, their saliva numbs the skin so you don’t feel the bite, and an anticoagulant keeps the blood flowing. The tick saliva also combines with a protein from B. burgdorferi to suppress human immune systems, so our bodies don’t muster antibodies to kill the bug,” the Adirondack Daily Enterprise reported.3

“Reading about the elaborate and effective ways these tiny creatures defeat our body’s defenses can make you rethink the conception that humans occupy the top spot on an evolutionary ladder. They have been around far longer than we have, and from all indications, they will persist when we have faded away.”4

How Do Ticks Spread Disease?

In order to transition to each of its life stages (egg, larva, nymph and adult), ticks must find a blood meal to survive. Ticks can live up to three years during this process, although many die prior to this when they are unable to find a host to feed on. Ticks will lie in wait on a leaf or piece of grass, waiting to detect a potential host via breath and body odors or sensing heat, moisture, vibrations and even shadows.

If you happen to venture too close to a tick’s hideout, it will climb on board and begin the process of attaching, which can take anywhere from minutes to two hours.

As a tick sucks blood over the process of several days, it ingests any pathogens found in the host animal. In the case of Lyme disease bacteria, white-footed mice infect 75 to 95 percent of larval ticks that feed on them.5 Such pathogens within the tick may then be transmitted to the host via saliva released during the feeding process.6

There are more than two dozen tick-borne diseases in the U.S. that can be transmitted to humans, including Colorado tick fever, rocky mountain spotted fever, Powassan disease and increasingly prevalent Lyme disease.

In most cases, tick bites cause no symptoms, but it’s possible to experience pain, a rash or burning. If you develop a red spot or rash near the site of a tick bite, it’s a possible sign of tick-borne disease and should be evaluated by your doctor. A characteristic “bull’s-eye” rash is often associated with Lyme disease, but this rash occurs only in about half of those infected, so absence of such a rash does not exclude the possibility of a tick bite.

Lyme Disease Is on the Rise

While only deer ticks are known to transmit Lyme disease, cases have now occurred in half of the counties in the 48 continental U.S. states.7 Lyme disease is the most commonly reported vectorborne illness in the U.S., according to the U.S. Centers for Disease Control and Prevention (CDC), with 95 percent of confirmed cases in 2015 coming from the following 14 states:8

According to the International Lyme and Associated Diseases Society (ILADS), since U.S. surveillance began in 1982, the number of annual Lyme cases reported has increased nearly 25-fold.9 The disease is also spreading geographically. The longer a tick is attached, the higher the chances of transmission of an infectious agent. In most cases, Lyme disease is transmitted by young nymphs, rather than adult ticks, simply because the nymphs are smaller and therefore less likely to be discovered and removed. 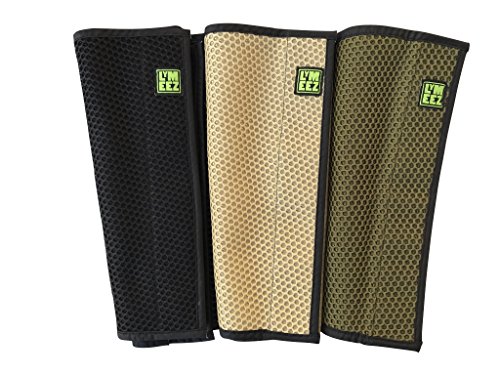 According to the CDC, the tick must typically be attached for 36 to 48 hours or more before the Lyme disease bacterium can be transmitted,10 but ILADS notes that it’s possible to get Lyme disease even if the tick has been attached for less than 24 hours.11

Many patients with Lyme disease do not ever recall being bitten by a tick and, according to Dr. Dietrich Klinghardt — one the leading authorities on Lyme disease — the bacteria that cause the disease can also be spread by other biting or blood-sucking insects, including mosquitoes, spiders, fleas and mites.

Lyme disease usually starts with fatigue, fever, headaches and joint or muscle pain. It can then progress to muscle spasms, loss of motor coordination, intermittent paralysis, meningitis and even heart problems. Early treatment is critical to prevent complications, but there is no reliable test for diagnosis.

According to ILADS, up to 50 percent of patients tested for Lyme disease may receive false negative results, and the average patient sees five doctors over nearly two years before being diagnosed.12 Many are told the disease is “all in their heads” before finally receiving help.

One of the reasons blood tests are so unreliable as indicators of Lyme infection is that the spirochete that causes Lyme disease (a cousin to the spirochete that causes syphilis) is capable of infecting your white blood cells. Lab tests rely on the normal function of these cells to produce the antibodies they measure. If your white cells are infected, they will not respond to an infection appropriately.

In order for Lyme tests to be useful, you actually have to be treated first. Once your immune system begins to respond normally, only then will the antibodies show up on a blood test. This is called the “Lyme Paradox” — you have to be treated before a proper diagnosis can be made. Also problematic is the controversy over whether Lyme disease is a chronic condition. 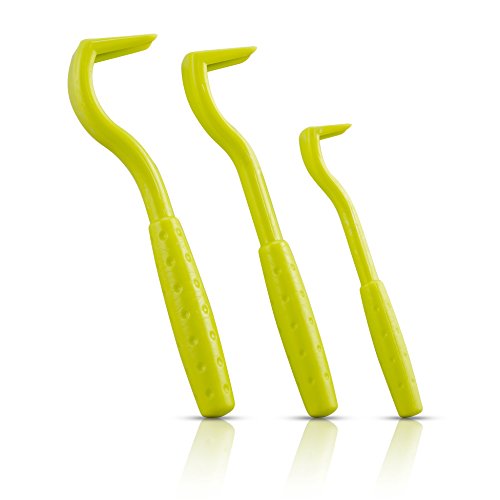 The Infectious Diseases Society of America (IDSA) has long recommended a short course of antibiotics for treatment, even though many patients do not get better following the treatment or relapse shortly thereafter. As a result of the IDSA guidelines, insurance companies typically will not pay for extended treatment. As noted by the Adirondack Daily Enterprise:13

“Patients suffering from long-term Lyme disease symptoms are often forced to seek out expensive testing through private labs and expensive treatment from specialists that they must pay for personally, then struggle with insurance companies for reimbursement …

In Texas, Lyme disease patients have filed a lawsuit against the Infectious Diseases Society of America and several large insurance companies, claiming the IDSA’s development of the Lyme practice guideline, which recommends a short course of antibiotics, was influenced by insurance consultants trying to keep down costs. Lyme patients need a longer course of antibiotics — perhaps many months — to eradicate the disease, the lawsuit claims.”

Antibiotics are often ineffective in treating Lyme disease, and can seriously impair your gut bacteria and raise your risk of antibiotic-resistant infections, especially when taken long term. I recommend trying natural strategies first, such as the Nutramedix line of herbal antimicrobials, recommended by one of the most prominent alternative medicine experts, Dr. Lee Cowden.

The best feature of this natural treatment for Lyme disease, often referred to as the “Cowden Protocol,” is that it rotates various herbal antimicrobials, so you don’t have to worry about bacteria developing resistance. The following table also lists a number of nutritional supplements found to be useful in the treatment of Lyme disease by those embracing natural methods.

Klinghardt also has a Lyme disease protocol that can help you recover from the infection. His website explains the protocol in detail, but here are the basic steps to give you an idea of what it entails:14

Steps to Avoiding Tick Bites and How to Remove a Tick

If you’re venturing into a natural area where ticks may be present, taking the following precautionary steps can help you prevent tick bites:15

Once indoors, do a full-body tick check, taking care to check harder-to-spot areas such as hair, behind your knees and between your legs. Pets, clothing and gear should be thoroughly checked as well. Another option is to take a bath or shower soon after coming home, which will help wash any ticks away. You can also put clothing in a dryer on high heat for 10 minutes, or wash them using hot water, to kill any lingering ticks.16

If you find a tick attached to your skin, use a pair of tweezers to remove it. Grasp the tick as close to your skin’s surface as possible, then pull it straight out (do not twist it or jerk it out). If mouth parts are left in your skin that cannot be removed, leave them alone and the skin will heal on its own. Be sure to wash the area and your hands thoroughly with soap and water once removed.17

If you’re not sure what type of tick it is and want to be able to identify the tick to determine if it can transmit Lyme disease or other infections, take a picture of it before disposing of it. Remember that most tick bites are harmless and do not cause any symptoms, but do be vigilant in watching for signs of potential tickborne disease, especially if bitten by a deer tick.

Previous article by Joseph Mercola: Just About Everyone Needs Vitamin B12 Supplements