Everyone knows Bolton is a hawk. Less understood is how he labored in secret to drive Washington and Tehran apart.

By Gareth Porter
The American Conservative

In my reporting on U.S.-Israeli policy, I have tracked numerous episodes in which the United States and/or Israel made moves that seemed to indicate preparations for war against Iran. Each time—in 2007, in 2008, and again in 2011—those moves, presented in corporate media as presaging attacks on Tehran, were actually bluffs aimed at putting pressure on the Iranian government.

But the strong likelihood that Donald Trump will now choose John Bolton as his next national security advisor creates a prospect of war with Iran that is very real. Bolton is no ordinary neoconservative hawk. He has been obsessed for many years with going to war against the Islamic Republic, calling repeatedly for bombing Iran in his regular appearances on Fox News, without the slightest indication that he understands the consequences of such a policy.

His is not merely a rhetorical stance: Bolton actively conspired during his tenure as the Bush administration’s policymaker on Iran from 2002 through 2004 to establish the political conditions necessary for the administration to carry out military action.

More than anyone else inside or outside the Trump administration, Bolton has already influenced Trump to tear up the Iran nuclear deal. Bolton parlayed his connection with the primary financier behind both Benjamin Netanyahu and Donald Trump himself—the militantly Zionist casino magnate Sheldon Adelson—to get Trump’s ear last October, just as the president was preparing to announce his policy on the Iran nuclear agreement, the Joint Comprehensive Plan of Action (JCPOA). He spoke with Trump by phone from Las Vegas after meeting with Adelson.

It was Bolton who persuaded Trump to commit to specific language pledging to pull out of the JCPOA if Congress and America’s European allies did not go along with demands for major changes that were clearly calculated to ensure the deal would fall apart. 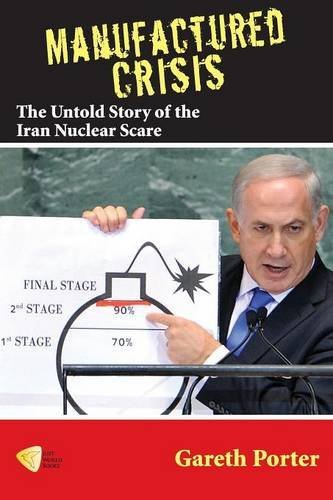 Although Bolton was passed over for the job of secretary of state, he now appears to have had the inside track for national security advisor. Trump met with Bolton on March 6 and told him, “We need you here, John,” according to a Bolton associate. Bolton said he would only take secretary of state or national security advisor, whereupon Trump promised, “I’ll call you really soon.” Trump then replaced Secretary of State Rex Tillerson with former CIA director Mike Pompeo, after which White House sources leaked to the media Trump’s intention to replace H.R. McMaster within a matter of weeks.

The only other possible candidate for the position mentioned in media accounts is Keith Kellogg, a retired lieutenant general who was acting national security advisor after General Michael Flynn was ousted in February 2017.

Bolton’s high-profile advocacy of war with Iran is well known. What is not at all well known is that, when he was under secretary of state for arms control and international security, he executed a complex and devious strategy aimed at creating the justification for a U.S. attack on Iran. Bolton sought to convict the Islamic Republic in the court of international public opinion of having a covert nuclear weapons program using a combination of diplomatic pressure, crude propaganda, and fabricated evidence.

Despite the fact that Bolton was technically under the supervision of Secretary of State Colin Powell, his actual boss in devising and carrying out that strategy was Vice President Dick Cheney. Bolton was also the administration’s main point of contact with the Israeli government, and with Cheney’s backing, he was able to flout normal State Department rules by taking a series of trips to Israel in 2003 and 2004 without having the required clearance from the State Department’s Bureau for Near Eastern Affairs.

Thus, at the very moment that Powell was saying administration policy was not to attack Iran, Bolton was working with the Israelis to lay the groundwork for just such a war. During a February 2003 visit, Bolton assured Israeli officials in private meetings that he had no doubt the United States would attack Iraq, and that after taking down Saddam, it would deal with Iran, too, as well as Syria.

During multiple trips to Israel, Bolton had unannounced meetings, including with the head of Mossad, Meir Dagan, without the usual reporting cable to the secretary of state and other relevant offices. Judging from that report on an early Bolton visit, those meetings clearly dealt with a joint strategy on how to bring about political conditions for an eventual U.S. strike against Iran.

Gareth Porter is an investigative reporter and regular contributor to TAC. He is also the author of Manufactured Crisis: The Untold Story of the Iran Nuclear Scare. Follow him on Twitter @GarethPorter.

SOLs for CarsThe EU Is Waging a Cold War Against Russia