Several years ago I attended a dinner party in Paris held by my wife’s friend Sophie. As a functionaire (government worker) and based on an economic formula considering family size and income, she was allowed reduced price social housing. In this case a wonderful apartment along the Canal Saint-Martin. But it waits for another article to unravel the complexities of French socialism.

What I do intend to describe is a short conversation I had with Sophie. In fact, she is a philosophy teacher in a high school. This is another aspect of French culture that would be worth exploring, that all children pass through a philosophy class in high school. Anyway, I don’t remember the details now but certainly from talking to my wife, Sophie found out that I was a christian and libertarian. She questioned me in front of the other guests on the assumption of the incompatibility of these two beliefs. Of course, this is the common confusion of libertinism, essentially the freedom from moral or sexual restraints, and libertarianism. But also of Christianity as simply a set of moral and sexual restraints. My off the cuff response, paraphrased from an aging memory, went something like this:

Christianity and libertarianism are not incompatible at all. Jesus is the historical starting point for the respect of the individual and his freedom, that is for all individuals regardless of classification; thus beginning the process of converting slave to serf to citizen. Libertarianism is the political belief that reflects this respect for the individual person.

As I recall Sophie accepted this reply without rebuttal and I am sure this exchange was forgotten by all save myself. 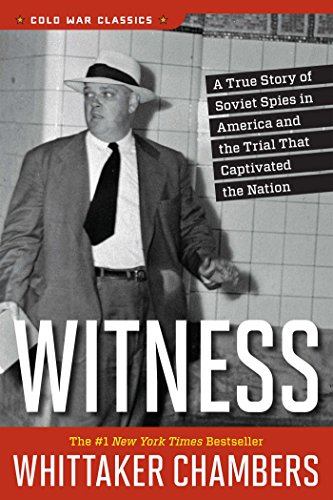 The convolution of these two principle foundations of my belief system, philosophical, moral, political, etc. have evolved over time to this day. During the formative intellectual period for me, in my late 20’s and early 30’s, I read both Witness by Whittaker Chambers and Human Action by Ludwig von Mises such that both were inspirations to me. Yet my discovery of an old Chambers’ negative review of a Mises book in National Review led me to a conclusion akin to Sophie’s, that there was some incompatibility between a christian and libertarian worldviews, and that I must place the christian view as precedent. Many years later I called myself a libertarian reactionary to reflect my view that freedom is not the only necessary condition of a well ordered life or society. Not explicit in that article was the role of religion, especially the Catholic church, because of the “danger” of mixing religion with libertarianism.

Over the last few months my thinking has been influenced further by my reading of Murray Rothbard’s grand opus on the history of economic thought. In particular, that by far and away more than any other historical source, there has been a fundamental role of Catholic, natural rights philosophy on libertarianism. I am not saying that in all of human history it is only by way of a Catholic culture that a libertarian ethic has been produced, but I am saying that this is essentially what Murray Rothbard had concluded. Also contributing to my thinking has been the Bionic Mosquito blog, where his many posts on culture, libertarianism and the Medieval period have resonated with me, including this observation of pre-Reformation Europe which is especially relevant.

The period in Europe, before the Reformation, offers what I view as the longest-lasting and closest example of a decentralized, libertarian order we have seen in the west…ever.  What has come since has not come close, certainly in terms of longevity – no matter what one believes about the value of the Renaissance, Enlightenment, or Liberalism.  For this, the period is worth examining for anyone interested in libertarianism in this world.

Early in 2018 an important article was posted on LRC by Hans Hoppe on culture that made this connection between Christendom and libertarianism.

Viewed from a global macro-perspective, it should be obvious also (especially to a libertarian), that all great libertarian thinkers which successively and gradually built up the system of libertarian law and order have been “Western Men”, i.e., men born and raised in countries of Western and Central Europe or their various overseas dependencies and settlements and intellectually and culturally united by a common lingua franca (once Latin and now English) and the trans-national Catholic Church or more lately and vaguely a common Christianity. That it is in these Western societies, where libertarian principles have found the most widespread public acceptance and explicit recognition as “natural human rights.” That, notwithstanding their blatant shortcomings and failings, it is Western societies, then, that still resemble, comparatively speaking, a libertarian social order most closely. And finally also, unsurprisingly insofar as the widespread recognition and explicit acceptance of the NAP by the members of a society are signs of a comparatively high(er) intelligence and impulse control, that it is these societies, then, that also are the technologically and economically most advanced.

Most of the writing about Catholicism and libertarianism I found argue that Catholics could be libertarian similar to my response to Sophie; but now I am proposing that perhaps libertarians should be Catholics from a philosophical point of view to achieve libertarian ends. Furthermore, it is the transformation of the current culture, one person at a time, that might be more conducive to the libertarian society that we believe is the optimal for the flourishing of humanity.

I note that while researching this article I came across several Catholic libertarians including Guido Hulsmann (a board member of the Association des économistes catholiques in France), Ryan McMaken of the Mises Institute, Tom Woods who is a noted Catholic apologist, and Randy England and his Summa for libertarians. It is not unknown that our esteemed host Lew Rockwell is Catholic. I do not forget that there are libertarians of other christian faiths, well known to LRC is Laurence Vance. Of course there are many Jewish libertarians such as Walter Block. I also mention a blogger who contends that libertarianism is a Jesuit conspiracy. I suppose there is some truth to this claim, but as libertarianism is not a secret conspiracy to take power but an open conspiracy to dismantle government power, I find the charge somewhat amusing.

Previous article by Ira Katz: Is All Great Art Religious?

Russian to JudgmentSymptoms of a Deeper Disease