When people think of Adolf Hitler, the first thing that usually comes to mind is that he was one of the most evil men in history, responsible for the deaths of over six million Jewish people. They don’t tend to think that he was a man who inspired the love and often fanatical devotion of quite a few women. Sadly, he did.

But who were these women? Some of them have achieved a degree of infamy in their own right, but others have remained hidden in the shadows of history. Here is a list of some of the women in Hitler’s inner circle.

You can’t write a list about the women in Hitler’s inner circle without including Eva Braun. She was 17 years old when she met Hitler. He was 40. She’d been working as an assistant to a photographer. Deeply troubled, her relationship with the Nazi leader was fraught with jealousy, and Eva attempted suicide at least twice. Nonetheless, Eva and Hitler apparently enjoyed a normal sex life. When Eva showed friends a photograph she had taken of British prime minister Neville Chamberlain sitting on a sofa in Hitler’s Munich flat, she apparently laughed and said, “If only he knew what goings-on that sofa has seen.”

Despite being so entwined in Hitler’s life, Eva wasn’t very well-known to the German people at the time. She acted as hostess at Hitler’s private mountaintop retreat at Obersalzberg, but she did not play a public role.

Loyal to Hitler to the end, Eva Braun joined him in the bunker beneath the Reich Chancellery, and on April, 29, 1945, the two were married in a short ceremony. Several hours later, the newly married couple committed suicide. Eva bit down on a cyanide capsule and killed herself beside her new husband.[1]

Magda Goebbels was the wife of Nazi propaganda minister Joseph Goebbels. They probably married for reasons of mutual self-advancement rather than love, but Magda gave her husband six children. The marriage was troubled. Goebbels was almost pathologically unfaithful to Magda and was also jealous of her closeness with Hitler. Equally, Magda herself had at least two lovers. 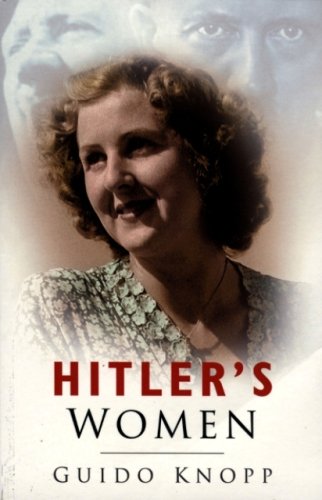 While it has always been supposed that Magda was a fervent supporter of the Third Reich up until the very end, there is some evidence to suggest that she had started to have doubts about Hitler when the war started to go wrong. During one of the fuhrer’s radio broadcasts, she apparently switched off the radio in frustration, saying, “What a load of rubbish.”

Nevertheless, following Hitler’s suicide in the bunker, Magda and Joseph also chose to take their own lives. They murdered their six children, first by giving them morphine to make them sleep and then by breaking a cyanide capsule in each of their mouths.[2] Their deaths were avoidable because Magda was given ample opportunities to have them spirited out of Berlin. Magda and Joseph killed themselves that same day.

Geli Raubal was Hitler’s half-niece through his sister, Angela. When Geli enrolled at Ludwig Maximilian University in Munich to study medicine, she moved into Hitler’s apartment. Hitler immediately became somewhat domineering and covetous of young Geli. When he discovered that she was in a relationship with his chauffeur, Emil Maurice, Hitler forced them to break it off.[3] He fired Maurice and insisted that Geli be chaperoned everywhere thereafter.

In late 1931, when Hitler refused to let Geli travel to Vienna, she apparently took a pistol and killed herself.

Historians still debate whether Hitler’s relationship with Geli was a sexual one. Rumors circulated at the time that the girl was either infatuated with her step-uncle or was the victim of his abusive attentions. Either way, the connection was certainly an unhealthy one.

Hitler apparently later declared that Geli was the only woman he ever really loved. He maintained her bedroom at the Berghof just as she had left it and hung portraits of her in the Chancellery in Berlin.