To the uninitiated, curling might seem like a bizarre and unusual sport with its weird brooms and constant sweeping on ice. But if you get to know the basics of the winter sport, then you can see why so many people from all around the world are fascinated by its strategies and the endurance required to win. Here are 10 cool facts about curling that might just turn you into a superfan.

1. IT ORIGINATED IN 16TH-CENTURY SCOTLAND.

Originating in Scotland, the winter sport of curling dates as far back as 1511. Early games were played on frozen ponds and lochs with primitive curling stones made from different types of materials and rocks from the regions of Stirling and Perth.

Established in 1838, the Grand Caledonian Curling Club was the first modern curling club in Scotland. Its club members and committee were responsible for properly organizing the game and writing its first official rule book with standardized equipment and curling stones. The club later changed its name to the Royal Caledonian Curling Club when Queen Victoria granted it a royal charter in 1843, as the sport was becoming more and more popular in Europe and Canada in the late 19th century.

2. CURLING STONES ARE MADE FROM RARE GRANITE.

Each curling stone has a circumference of 36 inches and a height of 4.5 inches. The weight of a stone varies between 38 and 44 pounds, depending on the level of competition. Each curling stone is made from a rare granite that is polished and shaped. In fact, there are only two quarries in the world where the granite is found: the Scottish island of Ailsa Craig and the Trefor Granite Quarry in Wales. Since the granite that is used is rare, there’s a possibility that the quarries might run out of materials to make new curling stones in the future. 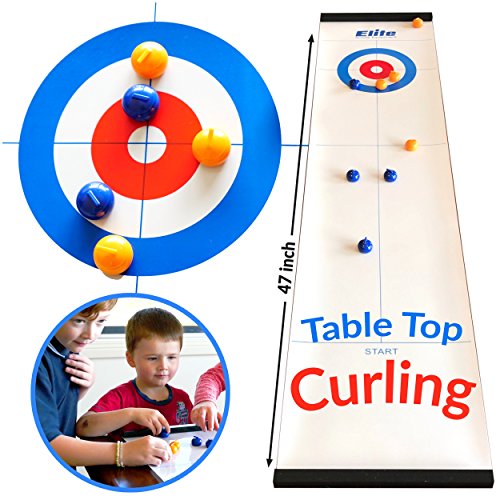 3. THE SPORT MADE ITS OLYMPIC DEBUT 74 YEARS BEFORE IT BECAME AN OFFICIAL SPORT.

Curling made its debut during the inaugural Winter Olympic Games in Chamonix, France in 1924 before being dropped for the following Olympics in 1928. Then, between 1932 and 1992, curling was intermittently held solely as a demonstration sport, meaning it was presented just to raise awareness of the sport, and none of the medals won actually counted toward a country’s final tally.

After being relegated to demonstration status at the Winter Olympics at Lake Placid Games in 1932, the Calgary Games in 1988, and the Albertville Games in 1992, both men’s and women’s curling officially joined the program in Nagano in 1998. In 2006, however, the International Olympic Committee decided to retroactively upgrade the curling medals from that first Olympics in 1924 from demonstration to official medals.

In addition, a new mixed doubles curling event is set to debut at this year’s Winter Olympics in Pyeongchang, South Korea.

4. THE SPORT HAS ITS OWN LANGUAGE.

Like many sports, curling has its own distinct terminology and rules that make it unique. The object of the game is to score the most points as you “deliver” (slide) stones in a clockwise or counterclockwise direction down a 150-foot-long by 15-foot-wide stretch of rough ice—called “the sheet”—to the “button” (center) of a 12-foot “house” (or target). Stones usually curl to either the left or right after they are delivered, which is why the sport is called “curling.” 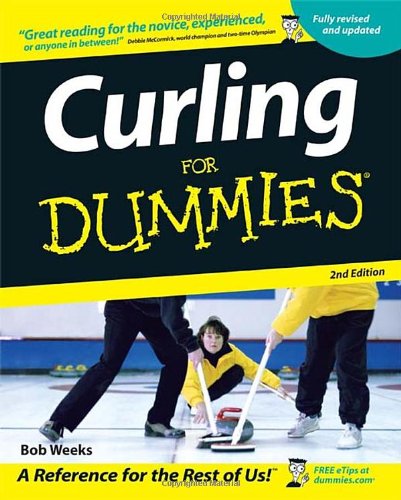 Two teams with four players take turns scoring eight stones each (16 in total) in a time period called an “end” (think of this as an inning in baseball). Teams with the closest stone to the button get rewarded a point. Moreover, if that team has multiple stones near the button, those also get a point. The team with the most points after 10 “ends” wins the game.

Each player takes turns delivering stones from the “hack” (a starting block made of rubber) and must release it before they reach the “hog line” (a line 37 feet away from the hack) for it to be in play. The “skip” (or captain) then yells out instructions to the “sweepers,” who brush away and melt ice with brooms to guide and prolong the curling stone’s delivery point.

During gameplay, teams can also “take out” their opponent’s stones from the house to get them out of play to score more points or prevent them from scoring.

Curling earned the nickname “The Roaring Game” because of the rumbling sound a curling stone makes when it’s delivered and how it glides across rough ice. It’s also a reference to the sound of brooms frantically sweeping away and melting ice to guide the stone to the button of the house.

In addition, the sport is also considered “Chess on Ice,” because it involves a lot of strategy and patience to defeat your opponent.

The South Is Demonized Own Gold