“The Silk Roads” is a wonderful invigorating work of history. It is directed to the general reader rather than the specialist. I found it be absolutely riveting.

The essence of the book is that, in the West, our history is viewed through a very narrow lense. Schools teach its students of the Roman Empire, the subsequent Dark Ages, the Norman conquest in 1066, Henry VIII and the Tudors, the American War of Independence, the Industrial Revolution and the First and Second World Wars. The vast bulk of a map of the world from western Europe to China is passed over very quickly. With “The Silk Roads”, Peter Frankopan has attempted to redress this imbalance.

As the author states:

“For centuries before the early modern era, the intellectual centres of excellence of the world, the Oxfords ad Cambridges, the Harvards and Yales, were not located in Europe or the west, but in Baghdad, and Balkh, Bukhara and Samarkand”. 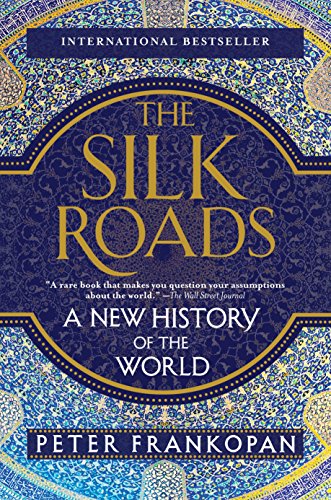 Moreover, Frankopan gives the reader a perspective on the rise of Mesopotamia, Alexander the Great, the rise of Christianity in the eastern Roman Empire and then the subsequent rise of Islam throughout much of Asia. He then proceeds to discuss the Crusades, the rise of Genghis Khan and his mighty Mongol Empire and then the rise of China more specifically. He concludes by bringing the book up to the present day with the rise of Europe and the USA before suggesting that there is a reorienting of history underway again. In other words:

“we are witnessing…the birthing pains of a region that once dominated the intellectual, cultural and economic landscape and which is now re-emerging. We are seeing the signs of the world’s centre of gravity shifting – back to where it lay for millennia”.

Whether you agree or not with Peter Frankopan’s conclusions, the book remains a tour-de-force. Thoroughly recommended.

No More Electric Gravy? The 4th Turning Is Inevitable