12 Ways Airports Are Secretly Manipulating You

Over the years, airports have evolved from bare-bones transportation hubs for select travelers to bustling retail centers for millions. They’re being designed to both complement and influence human behavior. Everything from the architecture and lighting to the trinkets on sale in the gift shops is strategic. Here are a few tricks airports use to help travelers relax, get to their gates safely and on time, and hopefully spend some money along the way.

1. They make sure you can see the tarmac

One key to a successful airport is easy navigation. Travelers should be able to get from security to their gate without getting lost, with help from subtle design cues nudging them in the right direction. In design lingo, this process is called wayfinding. “I tell my staff that signage is an admission of failure,” says Stanis Smith, executive vice president and leader of the airports sector at consulting firm Stantec. “Obviously one needs signs, but the best thing for designers to do is look for ways you can assist with wayfinding that are subtle.”

For example, in many new airports, passengers can seen through to the tarmac immediately after they leave security, or sooner. “More important than anything is a view directly out to airside and you see the tails of all the aircraft,” says Robert Chicas, Director of Aviation and Transportation at HOK, the architectural firm that helped redesign the Indianapolis International Airport. “Does it matter whether it’s your aircraft? Probably not. It gives you an orientation so you know generally that’s the direction you need to head in.” 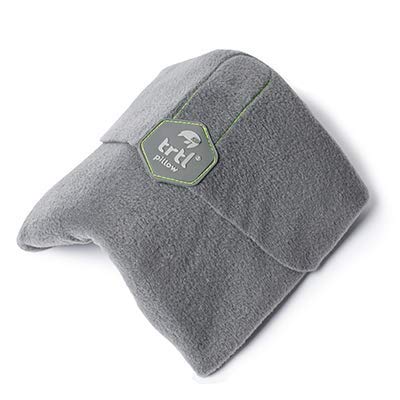 “Very, very little in the style of an airport sign is arbitrary,” writes David Zweig, author of Invisibles: The Power of Anonymous Work in an Age of Relentless Self-Promotion. Take the font, for example. In 75% of all airports, you’ll find one of three typefaces: Helvetica, Frutiger, and Clearview. All three are sans serif because it’s easier to read at a distance. The unofficial rule for size, according to the Transportation Research Board’s guide to wayfinding, is that every inch of letter height adds 40 feet of viewing distance (so a “3 inch tall letter would be legible from 120 feet”). Sometimes different terminals will have their own distinct signature sign design—like rounded edges or a specific color. “If you are ever in an airport or campus or hospital or other complex environment and suddenly something feels off, you sense you are going the wrong way, there’s a good chance it’s not just magic or some brilliant internal directional sense,” Zweig writes, “but rather you may be responding to a subconscious cue like the change of shape from one sign system to another.”

3. They lighten the mood

Newer airports incorporate as many windows as possible, even in stores. “There’s a trend that the shops face the tarmac. Passengers tend to walk more into shops that have direct access to the sunlight,” says Julian Lukaszewicz, lecturer in aviation management at Buckinghamshire New University. “If they’re closed off with artificial light passengers feel they are too dark and avoid them.”

4. They herd you with art

That big sculpture in your terminal isn’t just there to look pretty. It’s another tool to help travelers navigate. “We like to use things like artwork as kind of placemakers that create points of reference through an airport terminal,” says Smith. “For example, in Vancouver International Airport we have a spectacular 16-foot high sculpture at the center of the pre-security retail area. People say, ‘Meet you at the sculpture.’ It acts as a point of orientation.”

Art also serves to create a sense of place, transforming the airport from a sterile people-mover to a unique atmosphere where people want to spend time (and money!). In one survey, 56% of participants said “a more culturally sensitive and authentic experience tied to the location” is something they’d like to see more in airports by 2025. 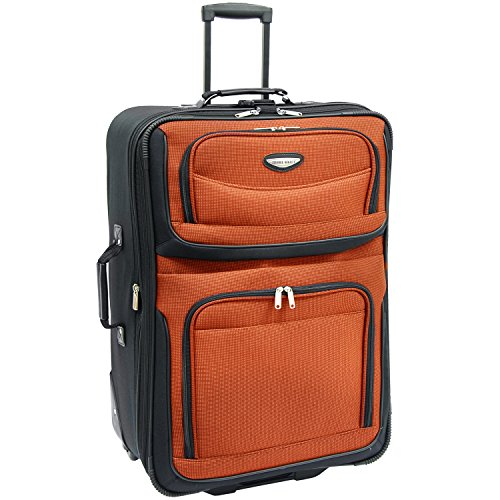 In many airports, the long walk from check-in to gate is paved in linoleum (or some other hard surface). But you’ll notice that the gate waiting area is carpeted. This is an attempt to make holding areas more relaxing by giving them a soft, cozy feeling like you might find in your own living room. Happy, relaxed travelers spend 7% more money on average on retail and 10% more on Duty-Free items. And it doesn’t stop with a layer of carpeting. Yoga rooms, spas, and even airport therapy dogs are becoming more common as airports look for new ways to relax travelers and encourage spending.

6. The “golden hour” is key for profit

In airport manager lingo, the time between when a passenger clears security and boards their plane is called “dwell time.” This is when, as the Telegraph puts it, “passengers are at a loose end and most likely to spend.” Especially crucial is the “golden hour,” the first 60 minutes spent beyond security when passengers are “in a self-indulgent mood.” Display boards listing flight information are there in part to keep you updated on your flight, but also to reassure you that you still have plenty of time to wander and shop. Similarly, some airports are installing “time to gate” signs that display how far you are from your destination. And because 40% of us would prefer to avoid human interaction when we shop, self-service kiosks are becoming more common in airport terminals. According to the Airports Council International, 50% of American airports now have robo-retailers.