My son had an attack of appendicitis late Saturday night.  I knew that the Obamacare inflated prices for surgery in the U.S. would be ridiculous and that the service would likely be impersonal, involve long waits, and be nerve-wracking.  I have friends in the medical field so I inquired just for grins.  The price for the latest routine appendectomy in my area was, my jaw dropped, $43,000.  I read on-line that the average cost for an appendectomy in the U.S. is $33,000.   I am not near some of the great direct-pay medical facilities in the U.S. like the Surgery Center of Oklahoma, but I am near Mexico.  I chose that option since I have often utilized foreign medical and dental facilities in the past and find the service and prices to be outstanding.

The main first rate hospitals in this part of Arizona are run by the Catholic Church.  They, of course, operate under the constraints of Obamacare and other onerous U.S. rules and can’t offer pure free-market rates.  So, they are pricey along with all the others.

I opted for the nearby private Catholic hospital in Mexico driving past a Catholic hospital in the U.S. en route.  I also drove past the state run socialist hospital in Mexico which of course has deplorable service and doesn’t serve Americans anyway.  Most of the private hospitals in Mexico have great service, modern equipment and procedures, and affordable prices.  You can actually have extensive conversations with surgeons and the rest of the medical staff.  They are very patient, respectful, and understanding.  We arrived on a Sunday morning.  This counted as an emergency after-hours visit.  The fees listed below are higher because of the Sunday call-out for surgical personnel and the extra fee for the emergency room doctor that could have been avoided if I had come during normal business hours.

The emergency room doctor immediately made an assessment of my son and ordered lab work.  A decision was made to perform an emergency appendectomy.  The hospital called up all the necessary staff to conduct the procedure.  Despite it being a Sunday, the full operating room staff was there within half an hour:  Two surgeons to conduct the laparoscopic procedure, an anesthesiologist, and surgical nurses.  The chief surgeon made his own assessment upon arrival and said the appendectomy was needed.  He said that he would make us a CD of the operation which they always record for their records.

My son was checked into a private room with private bath and satellite TV awaiting his surgery.  The surgical staff was prepped and ready to start within an hour-and-a half of our arrival.  The appendix was ruptured, so extra precautions were taken to clean and flush the abdominal cavity.  Since the appendix was ruptured, the chief surgeon said that my son should stay two days to receive intravenous antibiotics to prevent the development of peritonitis. 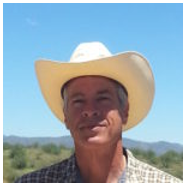 The main purpose of this article is to break down the cost of surgery at a private hospital in Mexico.  It doesn’t really matter what facility you go to or what city you are in.  The costs will be similar.  I don’t have exclusive knowledge of some special secret hospital.  If you don’t know where to go, then cross the border at your nearest crossing point and ask a taxi driver to take you and your loved one to a private hospital.  You don’t need to know your way around.  There are always taxis right near the border crossings.  Try to get over the gringo fear that everyone will rip you off in Mexico and just go for it.  Also, you can pay your bills with dollars or with your debit / credit card.

Below are the itemized costs for an appendectomy in Mexico with complications. It is higher because of the emergency attention on a Sunday.  The hospital stay was for 48 hours in a private room where my wife was allowed to spend the nights with my son sleeping on a couch in his room.  This cost would have been significantly less if we hadn’t incurred emergency fees and if the appendectomy had not involved complications which required a longer stay and more medication.   Despite all that, I though the total price of $2,830 dollars was very reasonable.