I can’t keep up with the left-libertarian world anymore. The nuttiness is coming out faster than I can smash it.

“Who Hates Women Most? Pence, Trump, or Weinstein?”

You can already see where this is going (Skwire in italics):

Meanwhile, guys like Donald Trump and Harvey Weinstein won’t keep their hands off them.

Pence’s camp would have women kept in some sort of professional purdah, where important avenues to public influence and power are cut off because it is just too morally dangerous to interact with women on equal terms.

Trump and Weinstein would have women brought front and center—as long as they’re showing off a lot of cleavage and getting groped—but only as signals of their masculine power and success.

Not dining alone with women who are not his wife — not a completely insane policy on both sides, you’d think — doesn’t seem to most people to involve cutting women off from positions of influence and power. It’s almost as if feminism is driven by hysteria and irrationality, but we shall return to that topic another day.

Meanwhile, the normal-person population still probably clings to the idea that (1) not dining alone with women, and (2) molesting them, are distinct enough courses of action that there’s no neat little lesson to be drawn by considering them together.

Those who think women must be secluded from men because they offer too many dangerous temptations or too much potential for rumor, and those who think that women are just great as long as they can be treated like amusement parks may appear to be treating women differently.

They may appear to be treating them differently, you see.

But they’re not treating them differently, according to our author. A guy who brutalizes women and forces them into sexual situations against their will is really doing the same thing that Pence does: “treating women as ancillary to men.”

Perhaps the article was posted before the rape accusations against Weinstein surfaced. I’m willing to give the author the benefit of the doubt.

But what we knew about Weinstein even before the rape charges was grotesque enough.

As the father of five girls, I think it’s safe to say a normal person would consider them safer in Pence’s company than in Weinstein’s. (I have no doubt Skwire agrees.)

What’s hard to fathom is that news about an outright predator would surface, and someone would think: let’s draw a parallel to — of all people! — Mike Pence.

I’m no Mike Pence fan, as you all know. But what kind of bizarre motivation is at work here, that you’d hear about Weinstein and immediately think: get Pence! (I shall leave this to you, dear reader, as an exercise.)

It really is the transvaluation of all values. Pence’s policy is now to be rendered odious — so much so that he belongs in the same analysis with a molester.

We do, at last, get this grudging concession:

It matters, of course, that guys like Weinstein are sexually predatory, while guys like Pence are just exclusionary. One is illegal. The other is merely obnoxious. 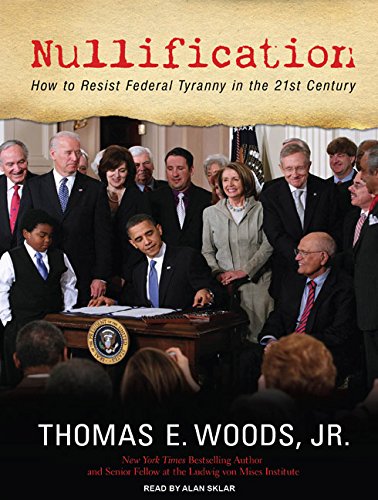 The fact that sexual predation is illegal seems hardly to be its most salient feature. How about traumatizing, invasive, or evil?

Can’t go there, I guess, because then it would be even more preposterous to try to draw a common lesson that would include both Weinstein and Pence.

A pop libertarian commentator posted this article on Facebook and added, “Skwire nails it here.”

The response was widespread disgust — nearly every comment has been one of utter disbelief.

Skwire is the same person who once said a humorous article by the popular and capable Julie Borowski made her embarrassed to be a libertarian.

Now we know how you felt, Sarah.

Reprinted from the Tom Woods Letter.

Iran Must Be Destroyed Revisionist History vs. Conspiracy History