The Deep State: How They Got Their Power To Manipulate For Ultimate Control

While many in the United States firmly believe that the government just isn’t working, it is.  But it’s only working for the powerful and rich elites in the government and the media who have a desire to cling to their oppressive control of others and the money many are willing to allow them to steal.

The fight has never been between the republicans and the democrats.  As Americans choose sides, their rights and freedoms are sold to the highest bidder. According to Intellectual Takeout, the fight is between “us” and the deep state; not those on the right and those on the left.  More and more often we are seeing bureaucrats, lobbyists, and elected officials of both parties circle the wagons in an effort to prevent any true reforms of the government. They constantly write laws they exclude themselves from,  come up with inventive ways to tax us to our breaking point and destroy the healthcare system.  And this is all by design.

According to Joost Meerloo in his seminal book The Rape of the Mind, the author discusses the psychology of brainwashing that’s allowing every American to succumb to tyranny right before their eyes and not only not realize it, but beg for more oppression.  “The burning psychological question is whether man will eventually master his institutions so that these will serve him and not rule him,” said Meerloo in his discussion of the Deep State or the “administrative machine” published in 1956. 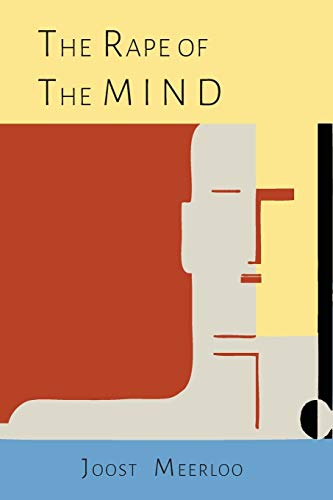 Meerlo describes the rise of the deep state as:

“… The development of a kind of bureaucratic absolutism is not limited, however, to totalitarian countries. A mild form of professional absolutism is evident in every country in the mediating class of civil servants who bridge the gap between man and his rulers. Such a bureaucracy may be used to help or to harm the citizens it should serve.

It is important to realize that a peculiar, silent form of battle goes on in all of the countries of the world — under every form of government — a battle between the common man and the government apparatus he himself has created. In many places we can see that this governing tool, which was originally meant to serve and assist man, has gradually obtained more power than it was intended to have.

… Governmental techniques are no different from any other psychological strategy; the deadening hold of regimentation can take mental possession of those dedicated to it, if they are not alert. And this is the intrinsic danger of the various agencies that mediate between the common man and his government. It is a tragic aspect of life that man has to place another fallible man between himself and the attainment of his highest ideals.” –The Rape of the Mind

Meerlo goes on to say that the power of simply being in government will corrupt:

Being a high civil servant subjects man to a dangerous temptation, simply because he is a part of the ruling apparatus. He finds himself caught in the strategy complex. The magic of becoming an executive and a strategist provokes long-repressed feelings of omnipotence. A strategist feels like a chess player. He wants to manipulate the world by remote control. Now he can keep others waiting, as he was forced to wait himself in his salad days, and thus he can feel himself superior. –The Rape of the Mind

But what we are seeing now is not only the corruption of the government. We are witnessing the deep state pulling the strings of every politician and fight to keep their power and money. The members of the Deep State are fighting for not only their jobsand their power but their sense of being. It is an ego boost to control entire populations. But what meaning do they have in life if they were shown that they are in fact dispensable, that they and their departments can be eliminated? In the end, their egos depend upon the maintenance and growth of the power and prestige.

Over many decades, the very government so many still trust to keep them safe has put in place compulsive orders, red tape, and regulations while expanding exponentially to enforce what it creates and stealing more tax money to cover the rising costs. All the while, its roots drive deeper and deeper into the very government many still fight to protect. Even the politicians who we send to D.C. thinking that they represent us are ensnared in the game. They begin to play by the rules set forth by the Deep State; indeed, our elected officials even become dependent upon the Deep State.

So the question is, how do we combat the deep state and get our freedom back?

Previous article by Mac Slavo: The Blockchain Is a Brilliant and Important Invention