Former FBI director James Comey has a long and telling career; telling much about his rise to FBI director.  Although Comey speaks stoically about following the “rule of law”, and “following in the spirit of our founding fathers”, he has shown time and again that his actions speak louder than his words.  In recent times, he came under criticism for his handling of the investigation of Hillary Clinton.  Certainly his announcement in October 2016 that there were new Clinton emails which warranted  further investigation was a serious breach of protocol.  Coming so close to the elections some say, damaged her chances and could have possibly cost her the nomination.  I guess we won’t blame Comey for Hillary’s loss as long as we have Trump and the Russians to blame.  In fact in July 2016 Comey came under fire for giving Hillary Clinton a pass explaining there “was no intent.”  His decision not to prosecute Clinton even though she was in fact guilty was  generous if not curiously suspicious.   Mr. Trump was severely disappointed in Comey’s decision.

Why was Comey not following his “rule of law?”  It wasn’t the first time he had given a pass to the Clintons.  In the mid-1990’s Comey joined the Senate Whitewater Committee as deputy director.  The Clintons were being investigated for fraud in connection with a real estate deal.  The Clintons were given a pass while two of their closest friends and business partners, Jim and Susan McDougal along with Arkansas Governor Jim Tucker were convicted and received prison time.

In 2002 as a federal prosecutor, Comey took over an investigation into President Bill Clinton’s 2001 pardon of financier Marc Rich who was on the lam. Rich was a former hedge-fund manager who had been indicted on multiple counts of tax evasion, wire fraud and racketeering.  Rich at the time of the pardon was a international fugitive who fled to Switzerland.  Astoundingly James Comey was the prosecutor in the case against Rich.  Then in 2002 he took over the investigation of Clinton’s pardon of the fugitive.  There was plenty to investigate and none of it good for Clinton.  After Rich’s wife contributed $450,000 to the Clinton library fund and $70,000 to Hillary’s Senate campaign the wheels were greased enough to get the pardon put before President Clinton without going through the DOJ review process.  After Rich kicked in another million dollars the pardon was set.  Again, where was Comey’s rule of law?   Was this his interpretation of how the founding fathers intended justice to be carried out?  These issues alone should have caused a conflict of interest and prevented Comey from his FBI position.

When Comey prosecuted Martha Stewart he stated “Martha Stewart is being prosecuted not for who she is, but for what she did.”   I could say that Comey didn’t prosecute Hillary Clinton because of who she is, not what she did or didn’t do.  Another departure from the rule of law was his 2005 endorsement of a memorandum approving the use of enhanced interrogation techniques including waterboarding and sleep

deprivation for up to 180 hours.  Our founding fathers fled England to escape brutality and unjust laws.  As we can clearly see James Comey’s high standards of ethics are far removed from reality.

But reality is often quite different from the slippery words that people like Comey want us to believe in.  I recently watched a 2014 60 minutes broadcast of an interview that Comey did a year after he joined the FBI.  The questions and answers almost seemed rehearsed for maximum Comey benefit.  He spoke many times of his unfailing philosophy of rule of law and upholding the Constitution even if it meant disagreeing with the president.  He spoke majestically of schooling the new FBI cadets of when the FBI, in the 1960’s, broke all kinds of laws in their obsessive campaign to ruin Martin Luther King Jr. at any cost.  He swore up and down that his FBI does not engage in warrant-less phone tapping or surveillance without a court order.  He went so far as to say “I believe that Americans should be deeply skeptical of government power.  You cannot trust people in power.  The founding fathers knew that.  This is what I have believed my whole life…in the rule of law and the design of the founders.” Sounds wonderful.  Yet we have his actions in reality to weigh against his rhetoric.

In 2005 Comey joined Lockheed Martin as senior vice president and general counsel.  Lockheed Martin is the world’s biggest government defense contractor in global aerospace, defense, and security raking in $36.2 billion in 2015.  Lockheed has also committed more fraud than any other contractor.  In the 5 years that James Comey acted as Lockheed’s general council and senior vice president, Lockheed had been caught in these cases.

In January 2005 Lockheed Martin Missiles and Fire Control agreed to pay $1.4 million to resolve allegations of falsely charging the U.S. 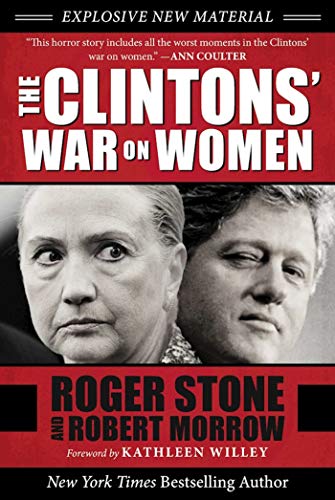 Army in connection with its production and support contracts for the Multiple Launch Rocket System.In 2007 Lockheed agreed to repay the federal government $265 million plus interest in connection with overbilling for work on the F-35 Joint Strike Fighter. The company called the over billing “inadvertent.”A February 20008 U.S. Government Accountability Office report singled out Lockheed’s F-22A fighter plane in a review of weapons systems plagued by large cost overruns, delays and quality problems. (The following year the Senate voted to terminate the F-22 program.)In June 2008 the Project On Government Oversight made public a 2007 report by the Defense Contract Management Agency that found Lockheed failed to follow 19 of 32 Pentagon guidelines on tracking and managing costs on major weapons programs.In August 2008 Lockheed agreed to pay $4 million to settle charges that it failed to get permission to sell missiles to the United Arab Emirates and that the company revealed classified information during negotiations with the Persian Gulf nation.In 2009 the Pentagon said that Lockheed would have to pay part of the huge cost overruns on the delay-ridden F-35 fighter jet project.In December 2010 Lockheed agreed to pay $10.28 million to resolve federal charges that it over billed the Air Force and the Navy for the C-27J tactical aircraft.  Comey was paid $6 million in one year alone from Lockheed.  Comey left Lockheed in 2010 but not before convincing Lockheed to become a Clinton Foundation donor and a Clinton Global Initiative member.  In 2010 Lockheed won 17 approvals for private contracts from Hillary Clinton’s State Department.

Now, incredibly we learn that Comey let Hillary off the hook after consuming intel that indicated that Attorney General Loretta Lynch had assured the Clinton campaign that she would contain the probe. This ‘intel” turned out to be a forgery although who produced the forgery is unknown. Let’s let the Washington Post take it from there;

“Current and former officials have argued that the secret document gave Comey good reason to take the extraordinary step over the summer of announcing the findings of the Clinton investigation himself without Justice Department involvement.

Comey had little choice, these people have said, because he feared that if Lynch announced no charges against Clinton, and then the secret document leaked, the legitimacy of the entire case would be questioned…

Then on July 5, Comey decided to announce on his own — without telling Lynch ahead of time — that he was closing the Clinton email case without recommending charges against anyone. Aides to Comey said he decided to act alone after Lynch met privately with Bill Clinton for nearly a half-hour on an airport tarmac in Phoenix about a week earlier — and have since said privately the Russian document was also a factor in that decision………

The secret intelligence document has attracted so much attention recently that Sen. Charles E. Grassley (R-Iowa) asked Comey about it during the director’s final public appearance in Congress as FBI director before he was fired.

No such briefing occurred before he was fired.”

Inn 2013 James Comey became a board member, a director and a Financial System Vulnerabilities Committee member of the London bank HSBC Holdings.   HSBC is noted as the world’s most corrupt bank.  In 2012 HSBC was fined $1.9 billion for laundering drug money and violating U.S. sanctions against Iran.  In 2015 it paid Swiss authorities $43 million to settle allegations that it helped the global elite illegally dodge taxes.  Yet no one to jail for this drug-related mega-crime. The $1.9 billion fine was sold by Comey to Loretta Lynch our Attorney General.  Lynch used the “deferred prosecutions” under which criminal charges against a firm are set aside in lieu of a fine.

So less than one year after HSBC is hit with the $1.9 billion fine, and after HSBC is found to be the most corrupt bank in the world, James Comey joins the board of directors at the recommendation of Barrack Obama. How much he paid for helping the HSBC criminals avoid jail? In less than a year after that, Comey is tapped by Obama to head the FBI.

Whatever the reason President Trump fired James Comey isn’t as important as the fact that he was fired!

Previous article by Roger Stone: The CIA’s Legacy of Lies

Is a Stroke in Your Future? Another Ron Paul Victory