One of the realities of modern life is that government control over its citizens has become pervasive. Nowhere is that more true than in our right to travel internationally.

Note that I expressed this as a right. That was not a typo.

Article 13 of the Universal Declaration of Human Rights states:

The US ratified the Universal Declaration of Human Rights in 1992. But long before then, US courts had recognized the ability to travel as a fundamental human right.

In 1969, the Supreme Court ruled that the right to travel is “not a mere conditional liberty subject to regulation and control under conventional due process or equal protection standards” but “a virtually unconditional personal right guaranteed by the Constitution to us all.”

International travel is specifically protected as well, for in 1958, the Supreme Court declared that, “Travel abroad, like travel within the country, may be necessary for a livelihood. It may be as close to the heart of the individual as the choice of what he eats, or wears, or reads. Freedom of movement is basic in our scheme of values.” A US citizen may not be deprived of the right to travel without due process of law.

Further, the US government reiterated in a 2011 report submitted to the United Nations Human Rights Committee that, “In the United States, the right to travel – both domestically and internationally – is constitutionally protected.”

Given the thundering affirmation the US has given to the right of its citizens to travel, you’d think that our government would do everything in its power to facilitate it. But that’s not the case at all. For starters, the US can confiscate (or refuse to renew) your passport if:

In addition, Uncle Sam can make you a prisoner in your own country if you can’t complete a State Department “Biographical Questionnaire” to its satisfaction. This questionnaire isn’t required for most passport renewals, but if it is, you may be hard-pressed to come up with some of the requested information.

For instance, if you were not born in a hospital, the questionnaire demands the dates and locations of all of your mother’s pre- and post-natal medical appointments and how long she was at the birthing location when you were born. It even asks for the names, addresses, and phone numbers of everyone present at your birth.

Consider the circumstances of Paul Little, a native-born US citizen, when he applied for a passport. After presenting a birth certificate, driver’s license, Social Security card, and baptismal certificate, he was asked to complete the Biographical Questionnaire.

That wasn’t enough. The passport office then requested school records, his parents’ death certificates, and a copy of his high school yearbook.

The result? Application denied, with no explanation given. 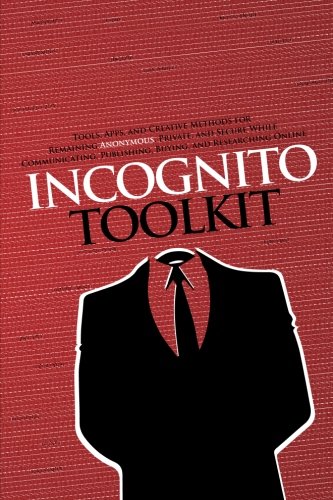 Fortunately, Little eventually was able to acquire a passport, but only after an independent investigation discovered he was a victim of identity theft. Someone impersonating him had already obtained a passport in his name. But no one at the State Department bothered to tell him that.

Even if you have a passport, since the events of 9/11, the US government has imposed draconian travel restrictions:

That’s life in the Land of the Free!

Of course the US is hardly acting alone in yanking passports willy-nilly from its citizens. Turkey – led by strongman Recep Erdoğan – is now doing the same sort of thing. Last year, it revoked 50,000 passports to prevent opponents of Erdoğan from leaving the country. Now, Turkish citizens living abroad – especially those suspected of not being sufficiently supportive of Erdoğan – are having their passports canceled. In just one city – Hamburg, Germany – a spokesperson for the city announced that at least four Turkish citizens living there had their passports revoked.

Of course passport revocation – or worse – is common in dictatorships. In the 1930s, Nazi dictator Adolph Hitler stripped hundreds of thousands of Jewish citizens of Germany not only of their passports, but of their German citizenship. And just last year, China required residents of the largely Muslim region of Xinjiang to hand in their passports.

Don’t trust your right to travel to a single passport. If you don’t qualify for a second passport by virtue of marriage or ancestry, it’s still possible to acquire one by making a contribution or investment to a handful of countries. In exchange, you’ll receive citizenship for life and a passport. The second citizenship program of the Commonwealth of Dominica is the most affordable of these offerings, although there are several others.

It only makes sense to obtain a second passport, “just in case.”

Previous article by Mark Nestmann: Get Used to It: You Have No Privacy On-Line