Going The Distance. The Longest Flights in The World.

EARLIER THIS WEEK, Qatar Airways launched what is, for now, the longest nonstop service in the world. Flights QR920 and QR921 will operate daily each way between Doha, Qatar, and Auckland, New Zealand, using the Boeing 777-200LR — the ultra-long range variant of the 777. The route should prove popular with European and Gulf area tourists headed to New Zealand.

The flights will take somewhere around seventeen hours each way, depending on winds. Because of these variations, it’s mileage, not time aloft, that’s the better measuring stick. The direct, great circle distance between Doha and Auckland is just under 7,850 nautical miles.

Emirates, meanwhile, is set to begin a slightly shorter Dubai-Auckland flight beginning March 1st, at a little over 7,600 miles. These should hold the top two spots at least until Singapore Airlines re-launches its New York-Singapore service, which will log in at about 8,200. The airline curtailed EWR-SIN flights in 2013 but intends to resume them next year. Qantas is set to open a Perth-London route in 2018 as well. At that point, a list of the ten longest flights would look like this:

All distances calculated in nautical miles using the Great Circle Mapper. Remember, the world is round, not flat. Look at numbers 8 and 9, for a moment. Yes, Jeddah and Dubai are a lot more than six miles apart, but their distance from Los Angeles differs only by that much — a function of great circle trigonometry.

Here’s my friend, the inimitable Richard Quest, enthusiastically (does he have any other mode?) discussing the Doha-Auckland flight, and making some great points about the evolution of long-haul travel. As Quest notes, the challenges of long-haul flying are no longer technological so much as human. That is, how do you keep passengers comfortable, or even sane, with flight times pushing twenty hours? In the first and business class cabins, things have never been more swanky and luxurious than they are today, but in economy class, no matter how many video channels or free cocktails you give people, there’s a point beyond which the simple physiology of being human makes the experience intolerable (this is maybe part of the reason that Singapore Airlines chose to operate its New York flights in an all-business class configuration).

And to borrow a few lines from chapter seven of my book: quaint, indeed, seem the days when Pan Am executives sat in their Park Avenue skyscraper, scratching their heads over ways to make a 747 reach Tokyo without refueling — a mere 5,800 miles. Thanks to aircraft like the 777LR and A380, almost any two commercial air markets in the world are now linkable in a single fell swoop. One holdout, at just under 10,000 nautical miles, is London–Sydney, called the “grail route” in some circles. Qantas once tinkered with this elusive prize and discovered it could, under optimum conditions, make the run in a 747. But this was so pushing the envelope that it proved a real teeth-chatterer for the carrier’s crews and dispatchers, who were forced to juggle the logistics of fuel, weather, and diversion planning with utmost attention and accuracy. Not to mention it being untenable for advertising: “Qantas to London. Nonstop. Sometimes.” 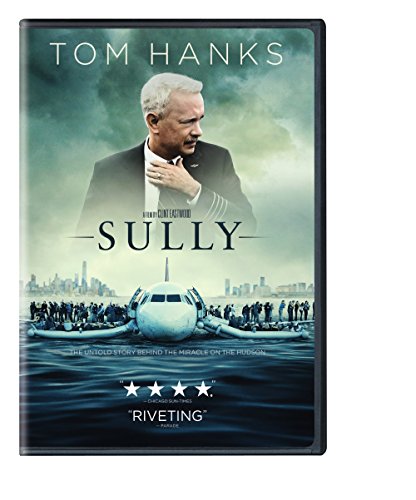 What’s left after that? Some ideas might be São Paulo–Tokyo, Auckland–London, or Buenos Aires–Tokyo, all clocking in at a shade under 10,000. Asia-South America is a kind of last frontier of long-haul flying. São Paulo, Brazil, has the largest Japanese population of any city outside Japan. Japan Airlines used to run an add-on segment to Sao Paulo from New York, connecting through JFK to and from Tokyo. Could a nonstop ever be feasible? (In the 1970s, Boeing produced a variant of the 747 with a substantially shortened fuselage — making it considerably lighter — but with the same fuel capacity. The result was the 747SP, the longest-range jetliner of its day. Imagine, for a moment, a 777SP, or an A380SP, an ultra-ultra long-hauler able to close the gap on those last outlying city pairs.)

Technologically we’re almost there, but, of course, that’s only part of it. Because two cities can be connected means little to an airline unless there is an exploitable market to justify connecting them. You’ve got to fill a certain number of seats, at a certain price, for a route to be profitable. The longer the route, the harder that task becomes. Still, it’s fun to think about.

My personal distance record is a comparatively modest 6,830 miles, covered in sixteen hours and six minutes, aboard a Delta Air Lines 777-200LR from Detroit to Hong Kong about five years ago (Delta no longer flies this route). That, quite enjoyably, was in business class. Being in a premium cabin pretty much negates any downside of a flight that long; the longer the better, if I’m sitting up front. On the other hand, there’s also the 6,925 miles, covered in fourteen hours and forty-six minutes, that I spent in economy aboard South African Airways flight SA202 from JFK to Johannesburg in May, 2000. (Notice how the second flight was a longer distance, but flown in less time.) I know it was exactly fourteen hours and forty-six minutes because there was a digital timer bolted to the bulkhead in front of me, providing a minute-by-minute update. Watching the hours tick by seemed a tortuous proposition, until a certain passenger was bold enough to tape a piece of paper over the clock.

California’s Megafloods of the Past Truly Staggering Health Benefits