Marijuana has gone mainstream, as evidenced by the spread of the use of marijuana as a medicine, and now outright legalization in some places is turning peoples’ heads and hearts to a vision where marijuana is perceived as good. Now available in print, I am very happy to announce the New York publication of my book Healing with Medical Marijuana, now available on Amazon. In it, one can find total support for the use of marijuana—even for rest and relaxation.

Researchers are still struggling to understand how it impacts the body but anyone can use marijuana and see for themselves how it affects their pain and disease conditions. In a new 400-page analysis of the current state of scientific knowledge on the health risks and benefits of marijuana, medical scientists concluded that marijuana can effectively treat chronic pain. The sweeping report by the National Academies of Science, Engineering, and Medicine, covered more than 10,000 scientific studies.

“I was diagnosed with prostate cancer on October 18, 2014. I was advised by my doctor that my only options were to get a prostatectomy or have radiation seeds implanted in my prostate or receive regular external beam radiation. I declined, I knew there had to be other options. I scoured the Internet and discovered a wealth of information about cannabis oil curing cancer. I was able to obtain some medical marijuana oil (Rick Simpson Oil) and consumed the recommended dosage by mid-January. On January 26th, I had a cancer reassessment which consisted of an MRI with a state of the art Tesla 3 MRI machine. Results – NO SIGN OF CANCER! CANCER FREE! One of the things that helped me while going through all this was reading the testimonials and the success stories of those who have used the oil and were cured also with good food diet. Now that this wonderful oil has cured me, I feel I need to let others know as well.”

Bottom line to marijuana—it mitigates human suffering. It is the best and safest pain medication. It is cheap if you grow it yourself. It is better than any pharmaceutical on the market. It treats cancer. It is a wonder drug and can even be used by healthy people to keep their stress down. 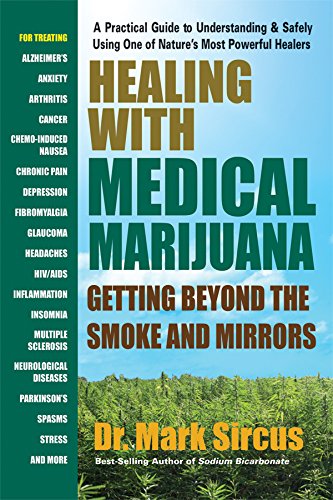 Not all Americans are celebrating marijuana as a God given gift. Some would rather have people poison themselves with pharmaceuticals than take something natural. Conservative Tim Bradley believes that there are legitimate medical reasons to ingest marijuana but thinks that people should not be allowed to “grow their own supply of the drug.” He believes that marijuana should only be used by those whom are issued prescriptions, and prescriptions for marijuana should be restricted “to cases where there is no less mind-altering medical treatment reasonably available to the patient.”

Obviously, Bradley favors medical terrorism as currently practiced by mainstream doctors. Personally, I believe most doctors should be avoided like the plague for that is exactly what they are a plague on earth killing more people than anyone else—at least in America where hundreds of thousands of people die every year at the hands of doctors for one reason or another. I read someone recently going as far as saying that the medical industry is a holocaust industry but you will find no one in the mainstream even whispering that.

It is hard to understand this aversion to the process of altering one’s mind. It is the mainstream mind with all its limitations and blinders that needs to be altered including Bradley`s mind. Bradley concludes that “no society is better off with legalized marijuana,” so he is in favor of locking a lot of people up in cages, which the American government loves to do.

According to FBI crime data, “643,000 people were arrested for marijuana in 2015” and “574,000 of these arrests were for possession rather than distribution and sale.” Arrests last year “for possessing small amounts of marijuana exceeded those for all violent crimes.” Governments are stupid and cruel when it comes to marijuana and they want us to have, in the end, one government to rule over us all. The United Nations, one of the major front organizations for globalization is against the use of marijuana. What we have seen in America is what they would like to see forever for the entire human race.

If this is the sane punishment for something God gave us I wonder what the punishment should be for the bankers, government officials and doctors who inject toxic chemicals and heavy metals into children`s blood streams. Some people just hate democracy meaning they hate that people should have a say in their own lives and in their workings and direction of their countries or world.

When people choose marijuana over alcohol life is served because alcohol is dangerous not only to oneself but to others who we might plow down while driving under the influence. Alcohol is also one of the causes of cancer whereas marijuana can be used to treat cancer.

Today people are voting to legalize. That is the will of the people. People care whereas governments are into an entirely different trip. We see the war between people and their governments that marijuana has created with many benefiting financially from the war on drugs.

I recently read that “Our intelligence and our insanity are identical twins because it is insane to destroy the planet on which we depend one-on-one for everything that allows us to live, and at the same time dream of human life on another planet.” We are busy destroying our planet. We are completely clueless about how crazy we are. The only thing crazy about marijuana is the war against it.

Where we stand on marijuana tells us much. Are we cruel wanting to control others and want to force them into dangerous medical approaches and drugs? Are we mean wanting to torture and lock people up for smoking marijuana (for whatever reason) or are we loving individuals who believe in freedom? These are questions that people are voting for and the vote is for love and a God given drug and the right to use it without complete assholes breathing down our necks.

According to the complaining DEA, the media has made it difficult for government agents to arrest people for selling and consuming marijuana. Poor them, complaining about losing some of their ability to ruin peoples` lives. The DEA also blames the increasing trend of legalization across the United States.

The DEA decided to keep cannabis a harmful “Schedule 1” drug in August, but the National Institute for Cancer maintains that cannabis holds many benefits for treating nausea, vomiting, pain, anxiety, and loss of appetite. The United States government has held a patent on marijuana for its antioxidant properties since 1979 yet still maintains officially that there are no medical benefits.

A recent video of a former cop with debilitating Parkinson’s disease showed how just a few drops of cannabis oil helped calm his uncontrolled movements and relieve his pain, and available medical research backs up his experience. Epileptic children enjoy relief from severe seizures, and preliminary medical research also supports their experiences. Countless cancer patients testify to the immense benefits cannabis brings them, especially when it comes to mitigating the effects of chemotherapy.

One man who suffered from staggering cluster headaches as a result of the nation’s biggest natural gas leak in history found relief from cannabidiol (CBD) oil after trying numerous other treatments with no success.

With the war against drugs, we see that politicians don’t care about their own people. The war on drugs is a crime against humanity. Besides creating a wide swath of harm among the population drug laws have led to a lack of respect for law and politicians who make and support them no matter how unfair and cruel the laws are.

Marijuana is safe, effective and affordable medicine, which is better than anything you can get at your pharmacy except for sodium bicarbonate, iodine, and magnesium chloride, all of which are natural and used to great effect in emergency rooms and intensive care wards.

There are many options for administration of medical marijuana. You can smoke it by burning, smoke it with a vaporizer, you can eat it raw and not get high, you can use it transdermally, and one can concentrate it in oil form for the treatment of cancer. You can even take it without the THC and that is called CBD, which is legal everywhere.

After Note: Western medicine is in love with the old saying that the dose makes the poison. And while it is true that almost all pharmaceuticals are poison’s marijuana is not unless taken at extremely high and concentrated levels. When one is using marijuana as a medicine it is generally safe to take the dosage up to whatever level is necessary to gain a needed effect. We do not apply the dose makes the poison principle, there is little need. However, when one uses marijuana for anti-stress, creativity and recreation then we could apply this 400-year-old principle. Meaning everyone has a certain dosage where using marijuana is wonderfully in tune with their needs. But if we go beyond that dosage for years on end then we have an addiction and some physical downsides in terms of our energy and sometimes even organ health.

These Won’t Go Bad for YearsTrump Is the Perfect President