Another Feeble Attempt To Legitimize Killing in War

I have not yet seen the movie Hacksaw Ridge about Desmond Doss, the first conscientious objector to be awarded the Congressional Medal of Honor, but I have read numerous reviews and comments about the movie.

Doss was a devout Seventh-Day Adventist who registered as a conscientious objector before the United States entered World War II. When he was drafted in 1942, he requested assignment to medical duty so as to serve his country according to the dictates of his conscience by caring for the sick and wounded. Doss was harassed, mocked, and derided by his platoon mates for his devotion to prayer and his refusal to touch a weapon or perform drills on Saturdays. That he also didn’t smoke, drink alcohol, fornicate, or gamble didn’t make him a popular soldier either. This is, after all, the U.S. Army we are talking about.

In a recently published letter to the editor in a conservative magazine, a veteran writes that although he holds Doss “in the highest regard for earning the Medal of Honor,” his “religious reasons for conscientious objection was unjustified.” You see, “Conscientious objectors to military service who base their position on the Sixth Commandment” are “misinformed.” When the Bible says in the Sixth Commandment “Thou shalt not kill,” it misleads “people to conclude that the commandment prohibits all killing.” According to “biblical scholarship,” the commandment really means, and should be translated, “Thou shalt not commit murder.”

This mentality leads our wannabe Bible scholar to conclude his letter to the editor with this paragraph:

“Thou shalt not commit murder” does not apply to warriors engaged in combat, where it is kill or be killed. It is legitimate to kill an enemy in war. Someone shooting at you is not an innocent person, and there is no reason to feel guilty about shooting back in deadly fashion. Feeling regret, yes, because life is sacred and nations should be able to settle their differences without war and killing. But feeling guilt, no. 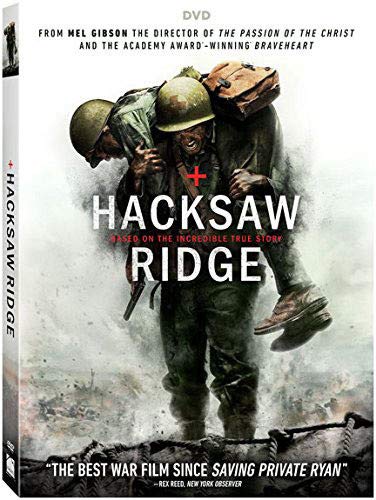 I have previously written in great detail about people who want to water down the Sixth Commandment’s prohibition against killing because of their unholy desire to legitimize killing in war. I have also previously written about how limiting the Sixth Commandment’s prohibition against killing to murder doesn’t let soldiers off the hook since the most killing in war is simply murder for hire.

I want to comment on some things that are said in the veteran letter writer’s conclusion.

First of all, there are some questions that need to be asked:

The letter writer just assumes that it is legitimate to kill an enemy in war, that someone shooting at you is not innocent, and that one should not feel guilty about killing someone who shoots at you. Let me explain further.

Someone shooting at you can be an innocent person. If a U.S. soldier travels halfway around the world to a country he has no business going to in the first place and invades, occupies, bombs, or takes sides in a civil war, then the natives who shoot at him are innocent. They may be guilty of many crimes, but aggressing against Americans or America is not one of them. In this case it is the U.S. soldier who is the aggressor.

One should, at least most of the time, feel guilty about killing someone who shoots at him in the course of fighting a war. If a war is unjust, as the vast majority of U.S. military adventures have been, and one has no business going to a foreign country to fight against a made-up enemy who is innocent of threatening or attacking Americans or America, then one should feel guilty about “shooting back in deadly fashion” because it is illegitimate to claim that you are killing in self-defense in an unjust war.

We need more soldiers like Desmond Doss: soldiers who refuse to kill the latest enemy of the week for the state.

I Love Dance Movies The US Abstains at a UN Vote