Is The Pope Catholic?

Over the years a popular riposte to questions with painfully obvious answers invoked the Holy Father, the Successor of Peter and the leader of the Catholic Church on earth.

For centuries the answer to the question has also been assumed to be obvious, and affirmative. And yet, a lot of folks these days are scratching their heads and wondering if they should reconsider.

It’s natural for non-Catholics to get the impression that, for believers, the pope is our supreme authority in everything. Likewise the bishops. Their word is the last word, period.

However, this impression is profoundly wrong. And, unfortunately, Pope Francis and his bishops have done little to dispel it. By all appearances, they welcome the misunderstanding that prevails on this fundamental question of authority, rather than correcting it; In fact, they are making the most of it, pretending that Global Warming and amnesty for illegal aliens are right up there with the Trinity as Gospel truths.

In a brief essay, one can only limn some telling indicators, hardly exhaustive. With an eye on the past, I will address here the bishops of the United States, who serve at the pope’s pleasure.

First: Most of those bishops are about my age, and, like me, most grew up in Democrat households. When they entered the seminary at high-school or college age, their studies concentrated on a mastery of philosophy, theology, biblical studies, Church history, and apologetics (which is the defense and explanation of the teachings, beliefs, and practices of the Catholic Church – for both Catholics and non-Catholics).

What little they knew about politics they brought with them from home.

Second: When our bishops and I were young, Pope John XXIII convened the Second Vatican Council (which concluded in 1965 under his successor, Pope Paul VI). While the Council’s stated purpose was to strengthen and deepen the faith in a world quickly becoming more secular, many Catholics, including a sizable number of bishops, considered it a clarion call for “change,” which was quickly disguised as a “reform.”

Third: for many Catholics (both bishops and laity), those “reforms” caused many bishops to attenuate, or simply to silence, their teaching and defense of the faith – especially the unpopular parts (e.g., sexual morality). Most Catholic bishops today (including Pope Francis) did their seminary studies during this period, which has been ably described as bordering on chaotic. By the end of the 1970s, the church was in the midst of a pitched battle between orthodox defenders of the faith and those who championed “reform.”

Fourth: And what did that “reform” comprise? As they turned away from tradition and teaching, reformers turned towards secular political action. While Church teaching was put on the shelf, demands “Social Justice” roared from hundreds of chanceries (a bishop’s headquarters) and thousands of parish pulpits.

Fifth: When our bishops and I were young, the Democrat party was our ally in the fight against abortion. In fact, it was Democrats, not Republicans, who led the nascent pro-life movement in the 1960s (long before Roe v. Wade in 1973). For most bishops, the indelible Democrat brand harmonized comfortably with their faith. Firmly embedded in that worldview, they didn’t notice that the Democrat Party was quickly becoming the primary advocate of the pro-abortion “rights” movement (Ted Kennedy, in the early 1970s, actually opposed abortion. By the 1980s, he had become the champion of the “pro-choice” movement).

Sixth: From the 1930s through the early 1960s, the federal courts had repeatedly rejected any and all efforts to allocate government funding to Catholic schools. This meant no taxpayer support for textbooks, school buses, or even tax deductions for tuition (after all, parents of children in Catholic schools are forced to pay twice – first, taxes for the government-funded schools, and again for the schools where their children are actually educated).

But in 1965 (the year the Council ended) came LBJ, with his “Great Society,” offering countless billions to fund the “Social Justice” agenda – and, in a move both clever and insidious, to fund Catholic higher education, hospitals, and welfare agencies. Notre Dame, my alma mater, which had long been governed by priests of the Holy Cross priests that founded it, quickly laicized its board to become eligible. To make their position even clearer, the university joined several other Catholic institutions and declared their independence from Rome, the Holy Father, and traditional Catholic teaching, while they lobbied Congress for more taxpayer dollars.

Today, while Notre Dame proudly proclaims its independence from the church, it is quick to comply dutifully with every directive, however, capricious or onerous, from the federal bureaucracy that provides so much of its funding. 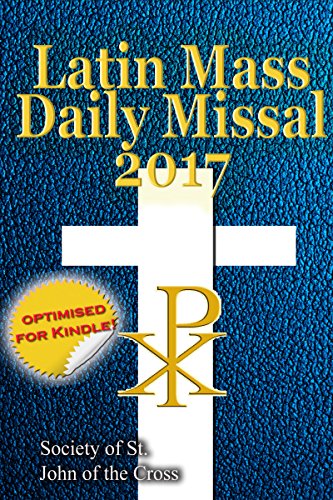 Notre Dame serves as a microcosm reflecting what was going on everywhere – in Catholic dioceses, colleges, universities, hospitals, and welfare agencies that it calls “charities.” To be sure, several brave bishops strived mightily to curb the excesses – the sidelining of the fundamentals of the faith, and often the outright rebellion among chancery bureaucracies and tenured faculties of formerly Catholic institutions. But those few bishops largely failed – mostly because they were hesitant to exercise their full and genuine authority to protect the faith and the faithful.

Since the 1960s, these “Catholic” institutions have received tens of billions of taxpayer dollars – an emolument now considered by bishops to be indispensable, given the decline in Sunday collections and the departure of thirty million Catholics from the Church after the “reforms” began. Bishops routinely hire professional lobbyists and PR experts (many who are profoundly opposed to Catholic teaching) to pursue and preserve that funding – by getting it from the government.

Meanwhile, most of the faithful are totally unaware that this taxpayer funding of their bishops even exists. Of course, the bishops are aware, but only rarely do they bother to tell the people in the pews. And while Catholic bishops undoubtedly believe that they receive this funding because they are such good guys, anyone on Capitol Hill can tell you that every dollar of federal funding comes with a price tag.

And what is that price for America’s Catholic bishops? Today they constantly crusade for the agenda of the Democrat party we all grew up with ­– “global warming,” amnesty for illegal aliens, raising the minimum wage, Obamacare (minus abortion coverage), massive funding for failed poverty programs, increased foreign aid (which under Obama has included billions for “family planning” – contraception and even “free and universal” abortion on demand), and the rest of the Democrats’ “Social Justice” agenda. 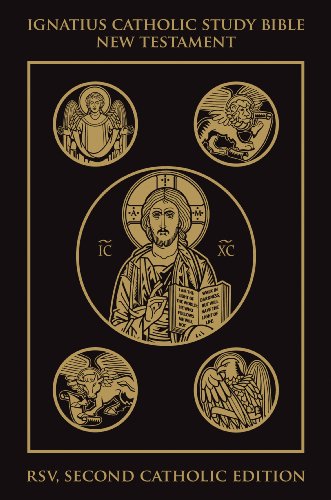 This crusade goes hand in hand with a policy of silence regarding any possible criticism of Catholic politicians who champion abortion rights.

This has all been going on for quite a while, of course. In fact, the first grant that the newly-minted neighborhood organizer Barack Obama received long ago came from the Catholic Archdiocese of Chicago.

And what about Pope Francis? His clarion call for that same political agenda is powerful and wholehearted. Regarding the truths of the faith, however – even fundamental moral teachings on adultery, homosexual relations, and the Holy Eucharist – he has cast the faithful into a cauldron of confusion. It has come to this: a group of Cardinals has submitted a formal petition to the Holy Father, respectfully but forcefully insisting that he clarify this confusion, much of which stems from his own pronouncements.

So: is the pope Catholic? Of course, he is. But Catholics and non-Catholics alike deserve to be told that, when the pope and our bishops advocate prudential political causes, Church teaching tells us that we are free – even encouraged – to disagree. After all, with each newly politicized announcement, the genuine authority of our prelates is diluted and diminished, tempting them all the more to avoid defending the widely unpopular truths of the faith.

And everyone, Catholic and non-Catholics alike, has the right to be taught those truths clearly, vigorously, and bravely.

[This is the fourth of a series on the role of the Catholic Church in the decline and fall of the Republic Here are the first, the second, and the third.]