Egypt has a 6000-year history of good mining that pretty much came to an abrupt end when Colonel Nasser staged a revolution in 1952 and nationalized the mining industry in 1962. Coups and counter-coups continue with an attack on police in Cairo last week killing six at the same time as I was flying out of Cairo after a trip to a mining company. There have been more attacks since I left including an attack on a Coptic church that killed 27 Christians at a service in Cairo on Sunday. In a strange way, these constant attacks may well help gold mining in Egypt over the long-term.

Americans want to believe that coups or revolutions and the threat of constant violence is something that only happens in other countries but all the signs are there that say we are due to a revolution soon or at least a coup. I wrote a book in November of last year I called The Art of Peace about my reflections on being at war and what comes our way soon. This is part of how I summed it up on the very last page,

The banking system is collapsing. I don’t mean to say it’s going to collapse, it’s collapsing as I write. Only few recognize it today but when the system grinds to a halt after the banks steal all the deposits of their customers, the world will get it. We may well have our first worldwide revolution as a result. We have already seen just how thrilled the populations were when the banks closed in Argentina, Greece, Italy and Spain. The popularity of Trump and Sanders is a monument to just how pissed Americans are at their government, with recent polls showing 81 per cent of those polled were unhappy with the Federal government. When the banks close, the 99 per cent are going to be some kind of pissed.

Bear in mind that was written over a year ago. To anyone with an open mind, certainly, Sanders was screwed by the leadership of his own party and proved more popular than HRC ever gleamed possible. And despite all the fake news from the NYT and WP with their claim of a 98% chance of HRC winning the election, those voting chose the 2nd most despised candidate in US history as our next president because he claimed he was going to change things. 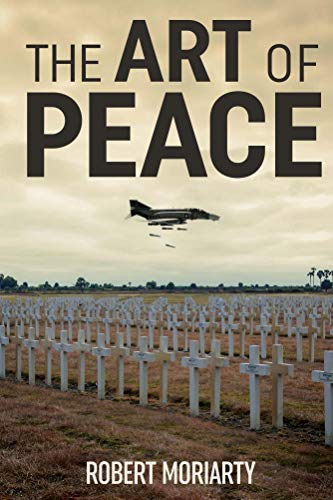 The Art of Peace Robert Moriarty Check Amazon for Pricing.

How close is the US to revolution? Pretty damned close. In what will go down in history as a perfect example of FAKE NEWS to ever come down the pike, the Washington Post fired a shot across the bows of anyone in the alternative media who dared question The Official Party Line. A no-name meaningless site that no one ever heard of before called PropOrNot listed 200 alternative news sites as being stooges of the Russians or useful idiots and demanded the FBI investigate them. I cannot tell you how disappointed I was not to have made the cut. If I could apply for membership I would hand them my credit card for the fee in an instant.

November 24, 2016, will mark the date of the death of the Washington Post. Like a scorpion in the last stages of dying, the rag will continue thrashing around stinging anything in reach until finally, it stings itself.

But more importantly, the WP may have set in motion a planned false flag operation on behalf of the Military-Industrial-Congressional Complex to reverse the election and keep power in the hands of the elite in the person of Hillary Rodham Clinton who has long proved that she spreads her legs for everyone. If you want to buy her, bring your quarters. HRC lost the election because she was the most despised presidential candidate in US history. Now she’s whining how the Russians did it.

The card-carrying members of the MIC Complex including useful idiots even from the Republican side such as John McCain, Lindsey Graham, and Mitch McConnell are claiming the Russians hacked the DNC and John Podesta emails. They are calling for a Bi-Partisan investigation.

Guys, how about getting someone not bought and paid for by the MIC Complex to put in their two cents?

When governments fail to protect the economic well-being of their citizens, revolution becomes inevitable. If economic change can be made peacefully, that happens and the citizens quiet down. If on the other hand, a government fails to allow for peaceful change, chaos and bombs follow naturally.

PropOrNotProof of Foreign Gov’t Interference in the Election