Prelude to the Great War: France

It is well known, the bullet that killed crown prince Franz Ferdinand of Austria.  There is a second, equally important bullet that drove – or in this case, kept clear – Europe’s drive toward suicidal war.

The Lost History of 1914: How the Great War Was Not Inevitable, by Jack Beatty.

The bullet was fired by Henriette Caillaux, killing Gaston Calmette, the editor of Le Figaro.  She believed he was about to expose secrets about her marriage.  Apparently her husband was a man about town…and these secrets might have been equally embarrassing to her.

Except for the bark of her Browning, Henriette’s husband Joseph Caillaux would have been France’s premier in July 1914.

Caillaux was known for easing tensions in Europe, and certainly with Germany.  He was known for not favoring France’s military alliance with Russia.  He was not from Alsace-Lorraine, and therefore did not feel the same pull toward restoring these lands, lost to Germany some forty years earlier.

The shot rang out on March 16, 1914, just weeks before the election; the trial ended just days before the beginning of the war.  In the months before the shot, Caillaux was attacked regularly – over 110 articles, cartoon, and the like – on the pages of Le Figaro.  In the elite circles of France, the attacks were a success; with the working class, not so much.  He was considered a thief for abusing his power and finance minister and a traitor for having the audacity to pursue secret negotiations with Germany during an earlier crisis regarding Morocco. 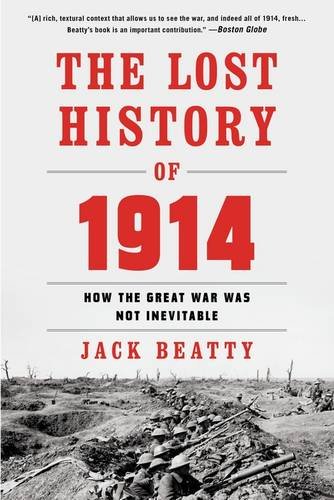 The crisis was no small affair, and no isolated incident.  The Europeans were in the midst of carving up much of Africa and the Middle East.  The treatment of the native populations was brutal; they died by the tens of millions.  Voice to such atrocities was given by a Moroccan chief, prior to attacking a French garrison:

Know that, since your arrival in the Sahara, you have badly treated weak Muslims….You have made our country suffer intense harm.

This message was delivered before 15,000 Muslim men attacked a garrison of 75 French men…oh, armed with two 80 mm cannon.  Wave after wave, the Muslims attacked.  The slaughter was immense.  There was no report of French loss of life.

Germany was late to the party, nevertheless by this time rather engaged; meanwhile, the French violated or ignored previous treaties that were to have recognized German claims to the African coast.  Into this mess stepped Caillaux, who found a way to compromise in a manner satisfactory to all; a manner that allowed all to save face.

He would have been premier in July 1914.

Henriette was found not guilty; a crime of passion, and a bullet fired not meant to kill.

Before the trial, Raymond Poincaré conceded that if the verdict was “not guilty,” he would have no choice but to name Caillaux the premier.  However, by the time the trial ended and the verdict reached, Europe was on the brink of war.  It would not do to have a premier who desired peace with Germany and no military alliance with Russia.