The Food & Drug Administration has in the past sent warning letters to dietary supplement manufacturers over false claims their products help people lose weight while they sleep.  Yet recent studies that show sleep facilitated by melatonin supplementation can induce long-term weight loss and are about to turn that restriction upside down.

Ever since the introduction of high-fructose corn syrup in the 1970s and the issuance of the misdirected carbohydrate-rich Food Pyramid issued by public health authorities, Americans have been battling their waistlines.  High fructose corn syrup is rapidly being replaced with other sweeteners and carbs are out, fats and cholesterol (eggs) are in.  [Daily Mail Dec 2, 2016; PLoS One June 29, 2916; British Medical Journal Aug 11, 2015; Pediatric Obesity Aug 2013; Journal Nutrition Science Vitaminology 2016]

Then suddenly, another insight into the diabesity epidemic has been uncovered.

A correlation between obesity and sleeplessness has been growing in the medical literature.  Many obese individuals take sleeping pills.  In fact, obesity raises the risk for death from sleeping pills.  [Scripps Health] 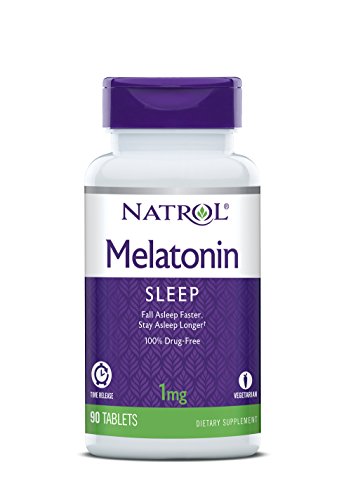 Biologists now say exposure to artificial light-at-night may influence the size of our waistlines via suppression of melatonin, the body’s sleep hormone.  Ocular light shuts off the pineal gland at the base of the brain that secretes melatonin. Darkness switches it on.

Disruption of daily sleep-wake rhythms via light pollution has spawned, at least in part, a worldwide obesity pandemic. [International Journal Obesity May 2016]

Hold on.  You mean I can cancel my gym membership?  Skip the treadmill at home?  Stop eating celery sticks for lunch?  Not quite, but obesity is not a deficiency of gymnasium.  For example, the population in Japan is lean and doesn’t frequent gymnasiums.

Convincing connection between sleeplessness and light

Here is how scientists who made the discovery were able to convincingly associate light pollution with sleep problems.

Biologists studied satellite images of nighttime illumination around the earth and discovered there is a strong association between variations in the prevalence of being overweight and obese.  In fact, biologists discovered that about 70% of the global variations in obesity in more than 80 countries worldwide are, together with other factors, explained by exposure to artificial light-at-night!  [International Journal Obesity May 2016]

I’ll say it again, s-l-o-w-l-y this time, so you can grasp the full impact of this discovery, said in a different way:  “Maybe you take a melatonin pill at bedtime and lose weight?”  This has got to the ultimate lazy man’s way to lose weight! 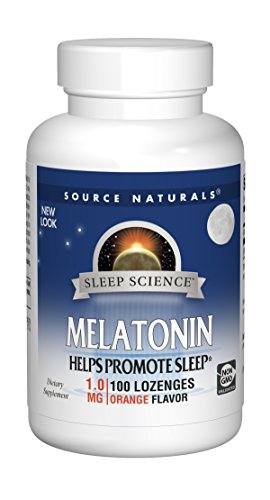 Not long after biologists made this global connection with light pollution and obesity did researchers in Denmark report on a study of women age 56-73 years who took 1 milligram or 3 milligrams of melatonin at bedtime for a year.  You guessed it.  Melatonin users lost weight while sleeping.  [Journal Endocrinology March 2016]  A 3 mg melatonin pill was no better than a 1 mg pill.

Melatonin pills just jumped from being used occasionally when traveling to counter jet lag to being universally employed for weight maintenance.  We’re talking 5-8 pounds less weight over a year.  [Ergo-log.com]

Other researchers have also chimed in to conclude: “Melatonin could be an interesting target molecule for the development of a potential therapeutic agent to curb body weight.”  [Journal Pineal Research March 2014]

It is worth noting that the surgical removal of the pineal gland results in lab rats becoming grossly obese.   It is also interesting to note that some diabetics fail to produce ANY melatonin. [PLoS One 2012]

Universally, humans secrete less melatonin as they age.  Melatonin secretion begins to decline ~ age 20 and by age 40 its synthesis has been cut in half.  The size of the pineal gland is significantly smaller in obese individuals. [Psychiatria Danubina Sept 2016]

Calcification of the pineal gland has been shown to be a driving factor in the decline of melatonin secretion with advancing age. 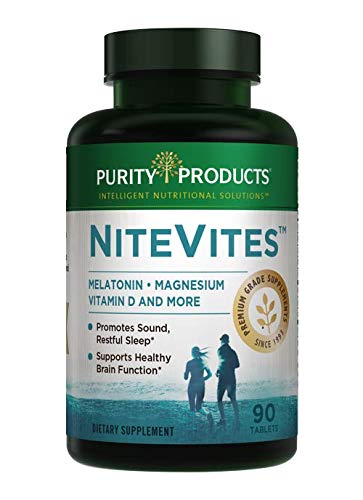 Scientists think they have unraveled some of the reasons why supplemental melatonin induces weight loss.

First, long-term melatonin supplementation is said to increase leptin, a satiation hormone.  Leptin sends a signal we are satisfied with the food we have consumed and to stop eating.  [Endocrinology Feb 1999]

Second, melatonin induces weight loss by an independent mechanism that is apart from leptin, without affecting food intake or physical activity.  This suggests there is some thermal burning of calories going on.

Zinc blood plasma levels are notoriously unreliable because a binding protein (metalloproteinase) doesn’t allow zinc to be in an available form.  Melatonin facilitates the release of zinc for use by the body. [Journal Pineal Research May 2013]

Sleep before the era of electricity

Before the era of electricity, humans went to bed within a couple hours of dusk.  Due to artificial light, humans now go to sleep 2-4 hours later.

The idea of 8 continuous hours of sleep may be a myth, at least in adulthood.  Report of sleeping a few hours, then waking for one or two hours and then returning to bed for a second sleep, was recorded back in the 17th century.  [Disinfo.com] Before electricity, that was the norm.

Turning off house lights at dusk will induce an earlier bedtime and an awakening about six hours later. [Washington Post May 19, 2015]

There is a price to pay for sleeplessness

With the revelation that the lack of sleep in the U.S. working population results in 1.2 million days of inefficient or absent employees with a negative impact of $411 billion a year, the need for deep restful rather than toss-and-turn sleep is taken to a whole new level of importance. [Science Daily Nov 13, 2016]  By the way, that is about what the US government pays in interest on the national debt.

The optimal sleep duration with the lowest risk for absence from work has been determined to be 7.6 to 7.8 hours for women and men respectively. [Sleep Sept 2014]

A newly published scientific study shows a good night’s sleep is needed to consolidate a day’s events during waking hours into long-term memories is yet another impetus to go to bed on time. [Nature Neuroscience Dec 12, 2016]

Sleep disorders may be a precursor to Alzheimer’s memory loss long before this brain disease produces overt symptoms. [Nervanarzi June 1, 2016]

Lack of sleep may even impair the ability to produce antibodies after flu vaccination. [Behavioral Sleep Medicine April 14, 2016]

Sleep loss induces changes to the system that regulates immune defense and can even have long-term consequences. [Science Daily Oct 23, 2013]

Less than 6 hours of sleep is associated with a more rapid decline in vision among individuals with macular degeneration. [Ophthalmic Epidemiology 2016]

Bottom line, if one wants to boost the economy, worker productivity and reduce healthcare costs, the nation needs to go beyond the idea of buying a new mattress to get to sleep and place a bottle of melatonin pills at the bedside.

Melatonin supplementation has been shown to improve sleep quality and morning alertness in adults without withdrawal effects.  [Sleep Research Dec 2007]  Time-release melatonin may be more efficacious.   Abstinence from coffee, or confining coffee drinking too early morning hours so the caffeine has time to leave the circulatory system, can also improve sleep quality. [Journal Clinical Nursing Jan 2009]

Watch the California Coast Fall into the SeaWill the CIA Regret Its Fight With Trump?